How to Understand the Timelessness of Jewish Time 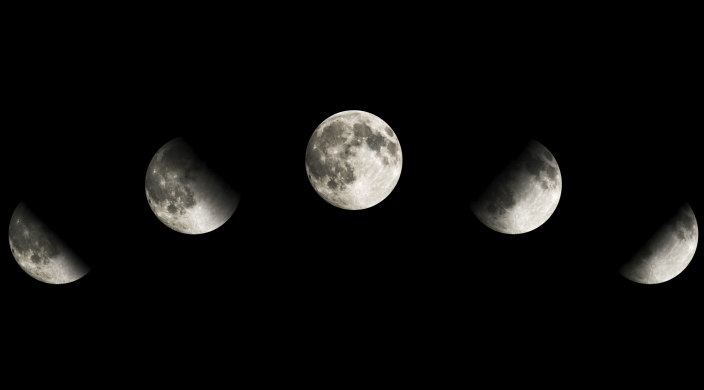 When I was a girl, my siblings and I used to help family friends decorate their sukkah, located just yards from the waves and dolphins of Virginia Beach. Not a strictly kosher edifice, their sukkah was unlike any other I’ve ever seen. Created in a grove of pines, it had colorful ribbons and garlands woven throughout the trees’ green needles. Some of its side walls were formed from standing trees and the bracing Virginia pine scent was the backdrop for shaking the lulav, smelling the etrog, and demonstrating our gratitude for the fall harvest.

A few weeks ago, in the temple parking lot, that same potent fragrance – the result of a nor’easter that had broken and scattered pine branches everywhere – caught me by surprise. Despite the abundance of Queen Esthers, hamantaschen, and the Purim songs about to be sung inside, my olfactory system told me it was Sukkot.

For just a moment, the Jewish calendar played a trick on me as, in my mind, Purim’s Queen Esther appeared in the same frame as a farmer in ancient Israel, poised to bring his harvest sacrifice to the Temple in Jerusalem.

This coming Shabbat, we will begin reading from Leviticus, the middle book in the Torah. As the calendar settles into a sweet spot midway between Purim and Passover, we’ll also celebrate Rosh Chodesh, the beginning of a new moon and the Hebrew month of Nisan.

Nisan, typically associated with spring, also will bring with it a valence of Rosh HaShanah – in another new year of sorts. This new month traditionally marked the new year for kings of Israel, the date on which their reigns would begin. In ancient Israel, the new month also meant a fresh start on the calendar because Nisan also is considered the new year of the months, tied to the cycle of the three annual pilgrimage festivals (Passover, Shavuot, and Sukkot). Following commandments in the Book of Exodus, Jews traveled to Jerusalem to offer sacrifices and engage in a festive atmosphere on these three dates. Although we think of autumn as our Jewish new year, the lunar month of Nisan also brought a clean, new slate to the people of ancient Israel.

And yet, even as we stand on the brink of the Passover season, stocking up on matzah and overpriced cake mixes whose boxes include the tin foil pan, a whiff of round challahs and an echo of shofar blasts swirl around us, too.

That’s the way it is for Jews, though, isn’t it?

We like to imagine the year moves along in a predictable, linear fashion, but, in fact, the holidays insert themselves in unexpected moments and places, seemingly out-of-sync with our expectations. Queen Esther’s exotic, spicy perfume mixes with the woodsy notes of Sukkot. Nisan’s early days are heavy with images of Rosh HaShanah and even Yom Kippur, as the Torah portion focuses on atonement and offerings.

We may believe time moves inexorably forward, but as the holidays loop back around on each other, memories superimpose themselves, one atop another. Rosh Chodesh Nisan reflects not only the forthcoming spring, but also Rosh HaShanah and Yom Kippur all at once. Even as ancient pilgrims prepared to travel to Jerusalem to make Passover offerings, we make offerings of the heart.

In the Talmud (Pesachim 6b), the rabbis teach: “there is no early or late in the Torah.” Time is fluid, bending, wiggly. King David can chat with Moses, and the laws of keeping kosher can influence Noah’s eating habits on the ark. As hard as we may try to order the holidays, events in the Torah, and more – to make sense of history and our own lives – Jewish tradition reminds us that we, individually and collectively, are a bundle of memories and hopes, a tightly tangled knot of past, present, and future.

Stubborn in our desire to control time, we continue to mark the passing days. Each month, as we note the return of the sun’s light on the surface of the moon, Judaism offers us a prayer, the Ya’aleh V’Yavo (literally, it should go up and come), to celebrate the moon’s growth: “Remember us, Oh Eternal on this day for good. Think of us on this day for blessing. Save us, on this day for a good life.  You are a gracious and merciful God.”

In this month of Nisan and always, may we be gracious and merciful to one another. May this be a month of goodness and peace.