How Will History Judge Us in This Time of Crisis? 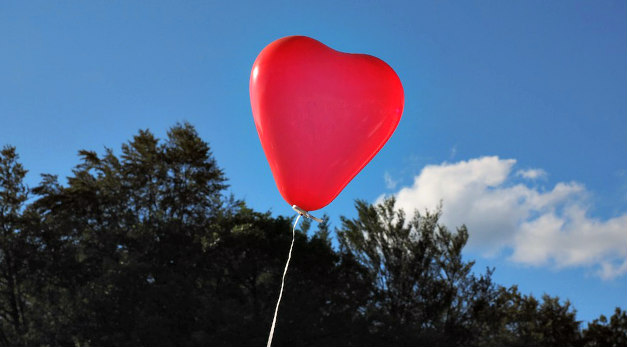 The COVID-19 crisis has brought out the best and the worst in humanity.

On the one hand, doctors, nurses, and hospital aides are risking their lives every day by caring for the sick. On the other hand, some selfish people are hoarding essential supplies and even profiteering. We can pray that they may regain a sense of responsibility toward others.

The first pictures a woman who celebrated her 100th birthday in a senior citizens home in California. Prohibited from entering the facility, her guests – children, grandchildren, and friends – gathered outside her window holding signs and singing songs to her, even though they knew she couldn’t hear them through the glass barrier. You could see this woman smiling and blowing kisses to the people who had come to honor her on her birthday. You could see the joy and the pride on her face.

I find myself smiling every time I think about that scene, for it exemplifies the goodness and the kindness of people in this time of tension and anxiety.

I had the opposite feeling when I watched a telecast of college students playing volleyball on Fort Lauderdale beaches during spring break.

Do these kids really believe they are invulnerable to the virus? Don’t these they realize that when they go home, they risk infecting their parents and grandparents? Do they think old people no longer matter, that older people no longer have something to contribute to society?

If that is their belief, I would tell them as clearly and bluntly as I can that what they are thinking is the very opposite of Judaism.

All people are equally precious in the sight of God – all colors, all ages, all economic statuses. Writing off our elders also defies the fifth of the Ten Commandments, “Thou shalt honor thy father and thy mother,” which is a cornerstone of civilized society.

Further proof can be found in this midrash, from which the sages of the Talmud drew the following lesson from the golden calf episode at Sinai.

What became of the broken tablets? The sages say Moses put them into the ark, too – right next to the second set.

Why? To teach us that old people who have lost their memory and who can no longer teach are worthy of just as much respect as those who are still well.

I recently read an article by a gerontologist about an 87-year-old patient who had serious problems with her heart, kidneys, spine, and joints. Many doctors wouldn’t spend the time to deal with her. They would never know that, beyond her health problems, “she is newly retired from her position at a local social service agency, and she is described by her friends and family as the strongest person they’d ever met in their lives. She made me laugh out loud several times during our meeting.”

If I had one medical treatment available and two people who needed it – one old and one young – I don’t know what I would do. The very idea of having to choose between the two is obscene, but sometimes there is no right decision.

Sometimes our doctors will have to make impossible choices, and their only option will be to make the choice that they feel is less terrible.

My sympathy goes out to those who face this impossible choice, and my prayer is that they make it with respect and regret, with trepidation and hesitation.

I pray, too, that this pandemic may be lifted speedily from this planet – and when it is, may we be able to look back without shame at the way we behaved and how we treated one another.

For additional content related to the COVID-19 pandemic, including rabbinic commentary like this one, visit our Judaism Under Quarantine page.

END_OF_DOCUMENT_TOKEN_TO_BE_REPLACED

The COVID-19 pandemic has shifted so much of how we engage Jewishly, but Shavuot is a fantastic holiday for families to celebrate from the safety of their homes. Here are a few ways you and your family can observe this rich, festive Jewish holiday this year.
Social Justice
Image

Isaac Hirt-Manheimer is the founder of Unity Ecovillage in Ghana, constructed according to eco-friendly principles that he learned while attending the Green Apprenticeship training program at Kibbutz Lotan in Israel.
Jewish Values
Image