An IDF Soldier's Yom HaZikaron Reflections from a Kibbutz 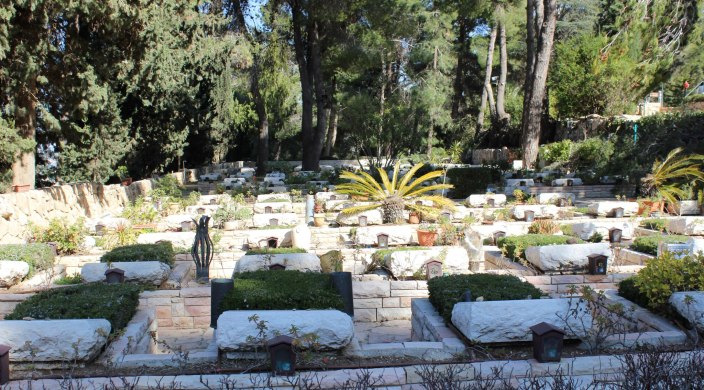 When I set about to write about Yom HaZikaron, it seemed like the logical place to start was a comparison. After all, there is a Yom HaZikaron, or Memorial Day, in the United States, as well; both are about honoring fallen soldiers. Seemed like a good jumping off point… until I thought about it a bit. The more I thought about it, the more it seemed like comparing apples to pomegranates. Sure, they’re both grown on trees and have other characteristics in common, but fundamentally, they are different.

See, when I was growing up in Wisconsin, I remember the parades on Memorial Day. I was even in a few of them with the high school marching band. I recall them being happy celebrations of... well, I don’t really remember much about the ”memorial” part of the day. There were always cookouts and sales at the stores. I remember that Memorial Day meant the beginning of summer.

This year marks my sixth Yom HaZikaron in Israel and my fourth as a citizen of Israel; I was serving in the Israel Defense Forces for my first two as a citizen. It’s difficult to describe what it feels like to stand honor guard for a memorial ceremony, but I had the privilege of standing as one during my second Yom HaZikaron as a soldier. It was on Kibbutz Yiron, where I was living as a lone soldier, and I had been placed, with a group of 23 other soldiers there as a part of the Garin Tzabar Project. I felt a very special connection to the kibbutz for a number of reasons. First and foremost was where I served in the IDF: Nachal 50th Brigade.

My particular unit has a long history. Nachal (נח”ל) – specifically the 50th Brigade – a is more than just an infantry brigade. The history is long and storied, of pioneer youth fighting on the borders and establishing permanent settlements. Most often these were kibbutznikim, but not always. Nachal soldiers have taken part in almost every major conflict since the founding of the state. With such a history, our unit tries to provide honor guard for as many of our fallen as we can. I was there representing the kibbutz’s continued connection with its founding as a Nachal settlement.

I remember standing in the cemetery of Kibbutz Yiron on the Lebanon border when the siren went off. The silence was deafening. One of the kibbutz members stood at the podium and began to read the names of the fallen. Yiron, on the Lebanon border, has seen its share of fallen soldiers and victims of terror. I stood at attention, with my fluorescent green beret on my head, M4 carbine at my side. It took about 10 minutes to read the names aloud. Each one made it possible to sit where I do here in Tel Aviv.

Kibbutz Yiron is not a unique settlement here in Israel. The country is small, and the founders saw the border settlements as key to defense. It’s more than that, though, because (almost) everyone serves here. Yom HaZikaron ceremonies and memorials here are very communal events. Most are done at local high schools, honoring the fallen who went to school there. Israel is a small place and a tight-knit society in many places.

After the memorials on Yom HaZikaron, the next day is Yom HaAtzmaut, Independence Day. The sacrifice of the fallen made it possible for the celebration of Independence. A great idea by David Ben Gurion, if you ask me!

Tzvi Sklar was born Harrison Sklar in Milwaukee, WI. He studied at the University of Minnesota Twin Cities and graduated in 2007 with a Bachelor in Jewish Studies and International Relations. Harrison changed his name to Tzvi in 2009, when he formally made aliyah as part of the Israeli Scouts' Garin Tzabar Project. He served as a combat soldier in the IDF from 2009-2011 with the Nachal Brigade.