If You Were a Kitchen Utensil, What Would You Be? 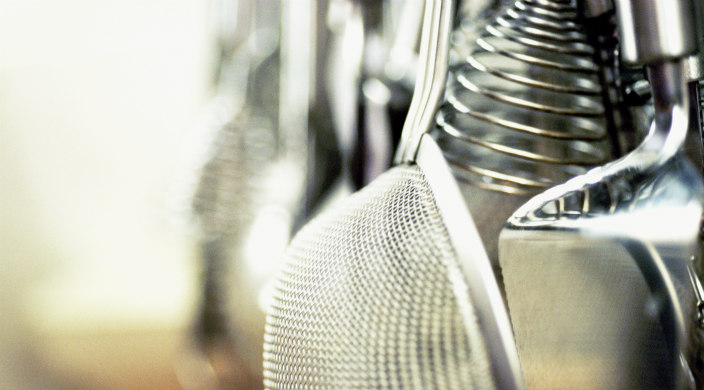 Beyond four cups, four children, and four questions, there’s a fourth set of four to consider, as if we didn’t already have enough.

No sooner do we put down the Haggadah, than we pick up the Mishnah, Pirkei Avot, for study during the seven weeks between Passover and the holiday of Shavuot. The rabbis of Pirkei Avot (5:15) bring us four kinds of students, and the Mishnah goes on to compare each one to a kitchen utensil of all things – as if you haven’t been spending enough time in the kitchen and need yet another cooking lesson.

One student has a head like a sieve, another like a strainer, one like a sponge and yet another like a funnel. Going back to the seder for a moment, we recall the four children:  the wise child wants to know it all, the wicked child wants nothing to do with any of it, the simple child believes everything that’s said, and then there’s the child who doesn’t even ask. My mentor Rabbi Chaim Stern, of blessed memory, taught that each child resembles one of those kitchen utensils, even as those cooking tools might still be soaking in the sink, waiting for you.

First, we have the wise child, the one who wants to know what’s important. The wise child is the good Reform Jew, who seeks a sound understanding of the laws of Passover, for instance, and then decides what and how to observe. The idea of informed Jewish decision-making is at the center of this wise child’s soul. Blending personal conscience with Jewish teaching brings the wise child to a wise, considered personal conclusion regarding the Jewish way of life. Back to our kitchen, this child is the sieve, who sorts out and retains what is needed for personally meaningful Jewish living and discards the rest.

Then we have the wicked child. As a kid, I hated when reading the Haggadah’s description of the wicked child fell to me. When I picture the wicked child today, I see a student who thinks she or he knows it all, or doesn’t want to learn anything new, or bends the facts to fit pre-conceived conclusions. The wicked child is as stubborn as Pharaoh, who would jeopardize an entire nation because of an outlandish conviction, such as having the right to keep people as slaves. The wicked child holds his or her ground just to prove a point, regardless of how poor that point happens to be. The wicked child resembles the strainer, keeping the trash and letting the good stuff go right through.

For the next kitchen utensil, consider the simple child who believes everything that’s said and doesn’t use that information in any way. To be honest, when I went to school, I felt like that simple child every time I sat down to fill in the boxes on a standardized test. They’d run my paper through a computer, come up with a number, and that was that. The simple child had to remember everything. Everything, regardless of whether it is needed, or not. The simple child has a head like a sponge.

Finally, the child who is unable to ask, who sees the seder, but nothing sticks. This child is the funnel. What goes in goes right out.

As I think about four students, four utensils and four ways of learning, the reality is that there is a little of each of these children in each one of us. Speaking personally, I’m the sieve when I speed read through an article, come away with the idea and all the details I need, and leave the rest behind. Sometimes I’m wicked – using the strainer in just the opposite way as the wise child – and we can leave it at that. Other times, I’m a mix of the strainer and the funnel, where it all goes in one ear and out the other, unless I remember some obtuse detail that makes no difference in my life or to anyone else.

All this consideration of the number four, from the kitchen to the classroom to personal life, helps me become more tolerant of others. Each child is a child of God, and all God’s children need to eat. So, may this Passover week fill us with good eating, new learning, and the delightful company of loving family and friends. 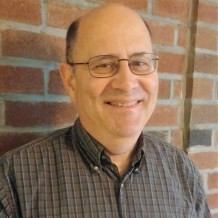 Rabbi Dennis S. Ross is author of God in Our Relationships: Spirituality between People from the Teachings of Martin Buber (Jewish Lights). His most recent book is When a Lie Is Not a Sin: The Hebrew Bible’s Framework for Deciding (Jewish Lights). He has also authored All Politics Is Religious: Speaking Faith to the Media, Policy Makers and Community, and has written for the New York Times, the Boston Globe and other publications. Learn more at his website.