The Israeli Government: Who Aren’t You Sitting With? 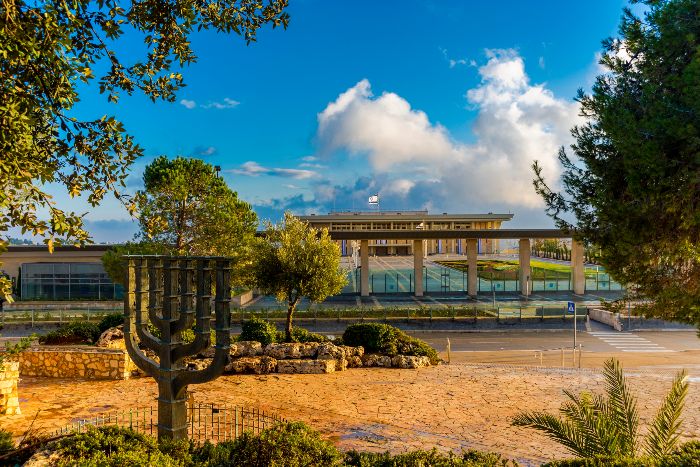 With just a few days left until Israel’s fourth general election in two years, we might ask: Is there a clever coalition calculus that will allow for regime change? Is there a way to avoid a democracy-on-steroids sinking us into a repetitive Groundhog Day-esque cycle of do-over elections until we get it right?

Of late, we’ve seen the formation of new parties. We’ve seen a few new players on the scene. And we’ve seen everyone carefully calculating whether to commit to coalition partners outright and wondering what declaration will be most popular with voters.

The declaration of “we’re not sitting with Bibi” does not necessarily define a specific ideological camp, but several camps. Entering politics to oust the record-setting, indicted incumbent doesn’t offer much by way of a movement. It’s not even the basis of a vision, a path forward, or an inspiring platform. Nonetheless, we might ask: Is it enough of a dangling thread to connect enough voters and non-Likud parties to reach the cherished Tetris-like amalgamation of 61 Knesset seats to form a ruling coalition? It could happen – if that was the only distinguishing factor.

We know that the Haredi parties, United Torah Judaism (which isn’t so united these days) and Shas (more than half of its voters are not Haredi; generally Mizrachi (i.e. of Middle Eastern origin) have pledged loyalty to Bibi. And we know that the Religious Zionist Party, which includes the extremist Kahanist Jewish Power Party (making it not your grandfather’s NRP) refused to swear loyalty to Netanyahu. But they did agree with Likud to an excess vote agreement (הסכם עודפים in Hebrew) in which parties agree before the election to combine their vote excess and thereby yield an additional mandate despite the party not independently reaching the minimum 3.5 percent required for standing in the Knesset. They did this with the hopes of cobbling together a coalition of Likud, ultra-Orthodox, and fanatics.

Hey, anything to stay in power, eh?

If we would just be satisfied with Bibi being the only one everyone wasn’t sitting with, we might be OK. But in today’s reality it seems like everyone has someone with whom they will not sit.

Lieberman won’t sit with the Haredim. Lapid won’t sit with Haredim. Smotrich, and his band of messianic meshuganers won’t sit with any Arab parties. Meretz won’t sit with Yamina. Yamina won’t sit with Meretz. UTJ won’t sit with Labor because of Reform Rabbi Gilad Kariv (despite Labor party head Merav Michaeli’s formidable relationship and unexpected alignment with MK Moshe Gafni on many issues). No one wants to sit with the extremist and racist Kahanist lawyer Itamar Ben Gvir. Gideon Sa’ar won’t be Lapid’s number two. Bennett hasn’t ruled anything out just yet. And Yair Golan of Meretz reminded everyone that he has more years in fatigues than everyone on the right combined, but still they see him as a “leftie” and won’t sit with him.

Oh, and did I mention Ben Gvir and his radioactive toxicity? Itamar Ben Gvir is in a particularly precarious position. Depending on the polls on any given day, he could be the 61st MK rounding out Netanyahu’s narrow coalition.  Being MK #61 (like being a tenth to complete a minyan) positions him, a person with 53 indictments against him, to have disproportional power such as a ministerial portfolio.

At the end of the day, with everyone refusing to sit with someone and nobody willing to sit with everyone, the Knesset could look like an uncomfortable standing-room-only affair. Rather than the elections and subsequent coalition negotiations being about accommodating and compromising competing platforms, visions, and ideas, we see a war of real hatred among contenders – each one labeling the other with Judaism’s most vile attribution of טומאה – “impurity."

Is there any room for optimism that a reasonably stable government without extremist members will result after the election?

We will, of course, know more in the coming days and weeks. There may be opportunities for change. While the electoral gridlock does not offer much hope of bringing us to a different place than where we were after the three previous elections, we could see a few interesting things happen:

We are not going to solve the puzzle before all the pieces are laid out, and don’t hold your breath, because even after the elections we still may not know for a while what will be the composition of the new ruling coalition.