Jake, Hank, Sandy, and Me: What These Jewish Athletes Have in Common 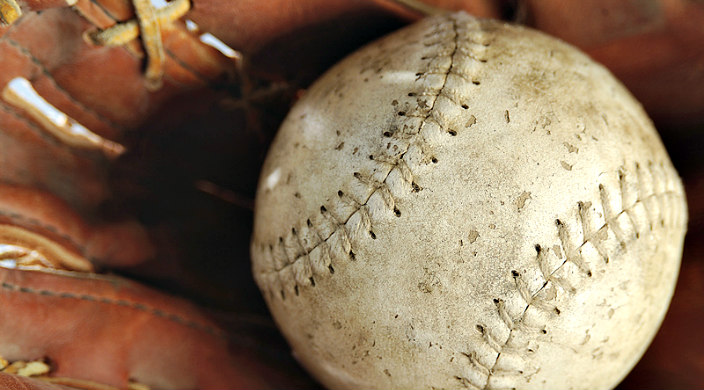 My consciousness of my special identity as a Jew as it relates to athletics began in the 1950s, when, on a Rosh HaShanah afternoon, I heard the mellifluous voice of the great Red Barber say, “The old familiar number 31 of Brooklyn first-base coach Jake Pitler will be missing today, as he is observing the Jewish new year and is not in the ball park.”

My consciousness of Jews in American sports developed further during many an oneg Shabbat at my congregation, Temple Sharey Tefilo-Israel in East Orange, N.J. While my parents socialized with friends, I drifted into the temple’s library.

Invariably, as a young boy who loved athletics, my hands picked out The Jew in American Sports by Harold U. Ribalow. I became familiar with such names as Morrie Arnovich, Al Singer, Moe Berg, and, of course, Hank Greenberg.

American anti-Semitism reached its peak in the 1930s. The Great Depression proved the well-known axiom that the comfort level of Jews is in a direct relationship with the health of the economy. With Henry Ford’s Dearborn Independent still popular and his book, The International Jew, the World’s Foremost Problem, and the rantings of Father Charles Coughlin leading the way, the ’30s were not a comfortable decade for American Jews – especially in the Detroit area, where Greenberg played.

In his memoir, he candidly noted (without the censorship):

“How the hell could you get up to home plate every day and have some son-of-a-b**** call you a Jew b****** and a k*** and a sheenie and get on your a** without feeling the pressure? If the ballplayers weren’t doing it, the fans were. I used to get frustrated as hell. Sometimes I wanted to go into the stands and beat the s*** out of them.”

As a player, Greenberg ranks among the all-time greats. He won two Most Valuable Player awards, played in four World Series, and led the Detroit Tigers to two world championships in 1935 and 1945.

Although he was not religious, he sat out on Yom Kippur during a tight 1934 pennant race. When he entered the synagogue that day, he received a standing ovation from the congregation.

Sandy Koufax came along after Ribalow’s book appeared in 1952. In 1961, during his first outstanding season, Los Angeles Times columnist Jim Murray wrote, “Sandy’s fastball was so fast some batters would start to swing as he was on his way to the mound. His curveball disappeared like a long putt going in a hole.”

“After Sandy Koufax finally tamed his blazing fastball, he enjoyed a five-year stretch as perhaps the most dominating pitcher in the game’s history. He won 25 games three times, won five straight ERA titles, and set a new standard with 382 strikeouts in 1965. His fastball and devastating curve enabled him to pitch no-hitters in four consecutive seasons, culminating with a perfect game in 1965. He posted a 0.95 ERA in four career Word Series, helping the Dodgers to three championships.”

For all his feats on the field, his most memorable for Jews was refusing to pitch in the first game of the ’65 Series, on October 6, because that day was Yom Kippur. Like Greenberg, Sandy Koufax was not a religious man, but he demonstrated his pride in his heritage publicly. From that day to this, he has been an inspiration to me.

Fifty years ago, I won the Eastern College Athletic Conference College Division Draw II tennis tournament at Rider College. I still cherish that victory and seeing my name in the national tennis magazines and the New York Times. I worked hard on my game and was excited at the prospect of returning the next year as a senior to compete as Hamilton College’s number one player in the Draw I Division.

When I learned that the dates of that tournament coincided with Yom Kippur, I told my coach that I would not compete and why. In the years after, I won a number of local tournaments – but my proudest moment as an athlete is the competition in which I did not play.

Compared with others over the centuries, I paid a piddling price to express my pride in being a Jew. But my small act of affirmation helped seal my career choice and allowed me to feel that I was one with Jake Pitler, Hank Greenberg, and Sandy Koufax.