The Jewish Song That Comforts Me in Uncertain Times 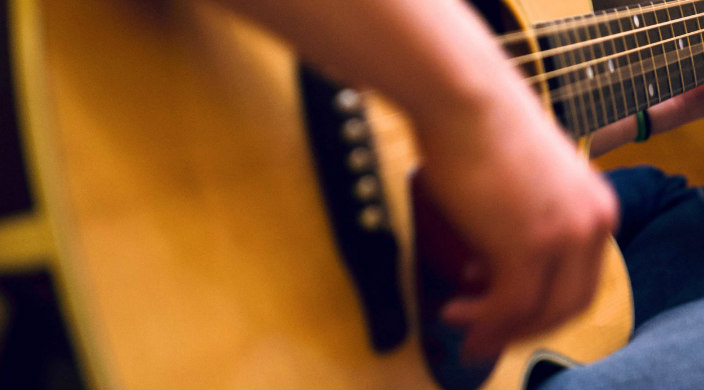 Bonfires have a gravitational pull about them.

It's not solely that radiant orange warmth on a cool mountain evening or light after the sky surrenders to twilight. It's not even their talent for roasting undeniably delicious marshmallows. I think their magic lies in the dance of the flames, those blues, oranges, and whites burning bright while peacefully submitting to the will of the breeze.

Last summer, I found myself at a moment of peaceful submission, surrounded by community and warmed by fire – when I first heard the song. Jared Stein, an extraordinary musician, sang words I knew intimately to a tune with which I was unfamiliar. It was written, he told me, by someone named Yosef Goldman:

“The whole world is a very narrow bridge, but the important​​ thing is not to fear at all.”

The mellifluous syllables contoured to the music as only prayer can. This was not the raucous, table banging energy of URJ Camp Harlam during Shabbat in the Poconos.

I closed my eyes as the song gained momentum, spinning faster and stronger around the fire, singing and swaying and transcending, for just a moment, to somewhere higher. The song slowed into extended silence, as the fire's gravity pulled us back to earth.

Instinctively, anticipating the need to quench a future thirst, I pulled out my phone to search for a recording. No luck, just a cavernous YouTube recording. Instead, I did the next best (and completely rational) thing I sent the songwriter a Facebook friend request. Not awkward! He accepted!

For months, the tune returned to me in fragments and transported me back to the bonfire – until, on a Tuesday in November, Yosef Goldman released a recording of “Gesher.”

The song was even more beautiful than I’d remembered. It wrings as it lifts, pierces as it hugs, ebbing from the individual and flowing to the communal.

It begins quiet and timid, fearful and unsure of the path ahead. As the song journeys forward, intimate voices slide in and fade out, guiding one foot in front of the other. At times erupting in power, in others sinking into doubt, ultimately landing in a peaceful submission to circumstance.

As we traverse the narrow bridge in front of us, Gesher provides us with a musical roadmap: Give fear room to process, but do not let it take root; humbly accept the unnatural and urgent circumstances before us; and then, put one foot in front of the other, sing with gusto, and digitally embrace your people.

Soon, we'll be singing together around another bonfire.

Rabbi Alex Kress (he/his) is the rabbi of Beth Shir Shalom in Santa Monica, CA. His rabbinate centers on pursuing justice, inclusion, and good synagogue coffee. He works to incorporate avant-garde ideas that revitalize spirituality and community. With projects like Hip Hop High Holidays, he attempts to bridge ancient wisdom with contemporary culture to make our tradition relevant and accessible. He previously served Temple Sinai of Roslyn and Hillel at UCLA.

END_OF_DOCUMENT_TOKEN_TO_BE_REPLACED 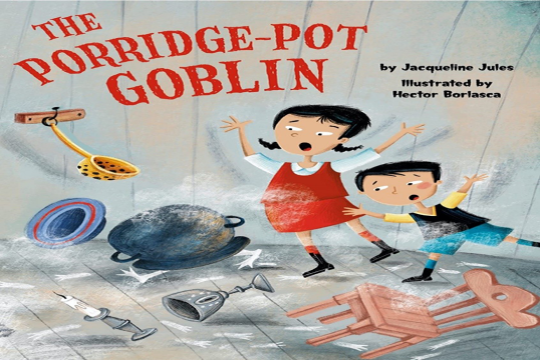 I spent months hiding inside my home after Covid-19 was declared a global health emergency. During that time, the Talmudic description of evil spirits resonated with me. It was certainly how I felt, surrounded by invisible threats just outside my door. Since I am a children's author, I channeled these fears into a picture book featuring a supernatural spirit.
COVID-19
Image 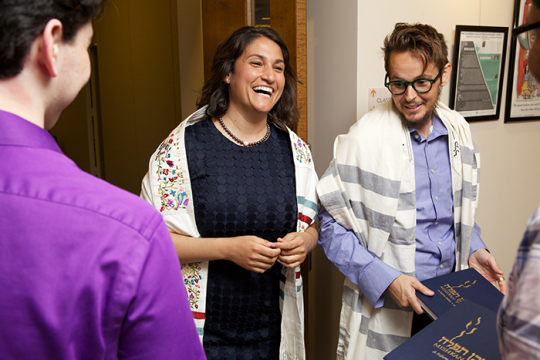