The Jews are Coming, and Some People Feel Threatened 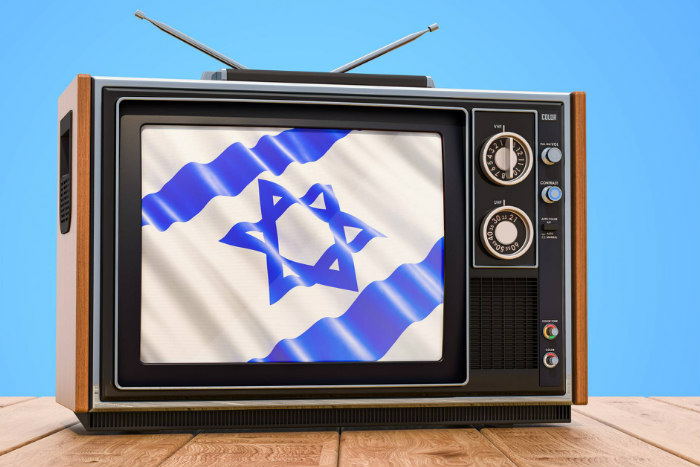 Earlier this month, we gladly welcomed the announcement of an historic peace deal that will lead to a full normalization of diplomatic relations between Israel and the United Arab Emirates. It is our sincere hope that this diplomatic breakthrough, known as the Abraham Accords, will lead other countries in the region to follow suit and will provide an opportunity for Israel and its Palestinian neighbors to return to the negotiating table.

But even as Israelis dream of peace and work to realize that dream, culture wars are stirring Israeli society. Enter in the sensational, satirical show HaYehudim Ba-im or The Jews are Coming, a sort of Jewish Saturday Night Live on steroids.

The show offers satirical skits based on select episodes of Jewish and Israeli history, makes fun of leaders and Jewish tradition, and offers biting social critique of Israeli society and Jewish life. It upholds few taboos and makes a concerted effort to push every envelope, crossing cultural redlines as often as possible. Some skits are tame while others are cringeworthy, taking on our biblical and rabbinic stories, the founding of the State of Israel, and even the Holocaust.

For example, one scene illustrating how it came to be that we kiss mezuzot as we enter buildings and rooms, ends with a punchline about sexually transmitted diseases. Another scene focuses on Baruch Goldstein, perpetrator of the 1994 massacre in Hebron, who murdered 29 Muslims at prayer; it is made into a spoof of Eminem’s "Stan."

Another of many controversial skits shows a group of scientists and “victims” of biblical stories and natural disasters coming together to fight back against God for all of their perils and suffering.

In previous iterations of the show, the Israeli Broadcasting Authority determined that the writers crossed lines too sensitive even for Israeli viewers. One included a parody about right-wing zealous political assassins, and another of soldiers sexually pleasing themselves at the Western Wall. That got the show kicked off the main airways and exiled to YouTube, raising the question: Where are our redlines when it comes to cultural and historical sacred cows?

To date, the show has a prominent time slot on the renewed Kan 11 public broadcasting platform (and available on the mobile app). Season four has, through sketch comedy, raised issues of misogyny and sexual impropriety, false messianism and Jewish law, and, of course, poked fun at leaders from Herzl and Ben Gurion to the modern mystical Rabbi the Baba Sali, who is seen picking his nose and creating an amulet for his followers.

It was the Baba Sali scene (a Harry Potter spoof since removed from Youtube and Facebook) and several others like it that stirred up the culture wars and drove hundreds to protest recently week outside the studios of the Kan11 station.

“The main organizer of the rally Rav Zamir Cohen, who is the founder of Hidabroot, an Orthodox TV station in Israel, spoke last. He called for the 1500 Haredim gathered to boycott all advertisers of all TV stations in Israel that produce content that 'hurts the feelings of Am Yisrael.' He also expressed a hope that the actors on HaYehudim Baim would do t'shuvah and repent for their sins. He concluded his softly spoken speech with the hope that ‘once they recognize the truth of Hashem and the Torah of Israel, they will hopefully speak before us the next rally.’”

One of the most moving speeches was from the grandson of the Baba Sali, who was literally in tears from the pain the show caused him and his family.

The problem here is that these protests are based on the Orthodox assumption that only specific communities care about living Torah-based lives and that only they have ownership over our textual tradition. But we know that those texts and stories don’t belong to them exclusively.

Dr Ruth Calderon put it simply that this is “an existential battle over who has authority to interpret our texts.” And Israeli-American Rabbi Joe Schwartz commented:

“All of the historical and mythological figures belong equally to every Jew. What makes the show so important is that it heralds the beginning (or the coming into maturity) of a return to Jewish sources and history by the secular mainstream. The hurt feelings of the Orthodox community, I think, is a consequence of the breaking of an unspoken agreement that the secular majority will cede to them meaning-making about our common Jewish past. It is true that at times the humor is coarse and immature, and the writers would do well to diversify their perspectives and the objects of their fun; but the show is to be congratulated and the initiative supported.”

The irony is that those who now feel insulted are looking to censure on the basis that the public broadcasting system is a tax-payer funded institution.

“There is no one entity in the world that cheapens and insults Jewish tradition, God, and Torah like the Chief Rabbinate of Israel. We, taxpayers, also fund them from our pockets, and Oh how they hurt our feelings!”

One of the show’s creators Asaf Beiser responded with the following:

“We believe in 'we' and not ‘we vs. them.' We feel that every Jew is our family - secular, religious, Orthodox, Reform, or Conservative. In Israel or abroad. Even to those who send hate mail and threats to the cast of The Jews are Coming, we feel a familial sentiment because ‘even when the Jewish people have sinned, they are still called Israel’ (Sanhedrin 44a).”

Like the quest for peace with our neighbors, these culture wars are ultimately about what kind of society we want in the Jewish State. HaYehudim Ba-im is just one voice among many that are saying that Judaism, Jewish history, Jewish tradition, and texts belong equally to all of us. That’s what it means for Israel to be a Jewish and democratic State. The rest is commentary. Now go and learn!

END_OF_DOCUMENT_TOKEN_TO_BE_REPLACED

Two films from acclaimed Jewish filmmakers have debuted during award season this year, each taking semi-autobiographical looks at troubled childhoods. Each picture delivers award-worthy performances from many well-known actors, including Anthony Hopkins and Michelle Williams as sure bets to score Oscar nominations.
Israeli Arts and Culture
Image

American audiences may be unaware of the remarkable new series, The Beauty Queen of Jerusalem, which debuted on Netflix earlier this year. This award-winning TV show follows in the footsteps of other acclaimed Israeli exports like Shtisel and Fauda.
Arts and Culture
Image