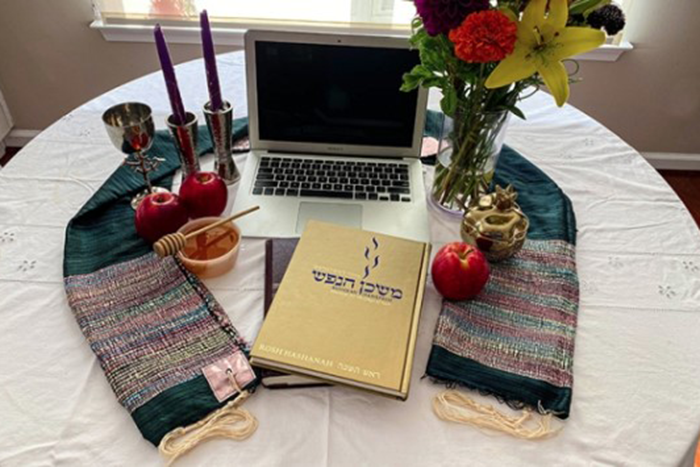 As I boarded the plane to Israel in the summer of 2002 for my first year of rabbinical school at HUC in Jerusalem, my mother said, "Please, just don't meet an Israeli." As soon as the plane touched down at Ben Gurion airport, I knew that I was home. A few months later, I met that Israeli. From our first conversation, he understood that I was studying to be a rabbi, and I understood that he wanted to live only in Israel.

I made aliyahaliyahעֲלִיָּה"Going up." The honor of being called to recite the blessings before and after the Torah reading. Also refers to immigration to Israel, to "make aliyah" to Israel; plural: aliyot. Lit. "Ascent." on September 5, 2005, Rosh ChodeshRosh Chodeshרֹאשׁ חֹדֶשׁLiterally, “head of the month.” Rosh Chodesh marks the beginning of each Hebrew month when there is a new moon (when there is no moon visible in the sky). Rosh Chodesh is sometimes celebrated as a women’s holiday; tradition says that women received the holiday of Rosh Chodesh because they refused to participate in the building of the idolatrous Golden Calf. On Rosh Chodesh, Torah is read and special prayers are recited in a synagogue. ElulElulאֱלוּלThe Hebrew month preceding Rosh HaShanah during which one engages in self-reflection and evaluation in preparation for the High Holidays. Traditionally, the shofar is blown each day during the month. , the month of preparation for the High Holidays High Holidaysיָמִים נוֹרָאִיםRosh HaShanah and Yom Kippur when we begin our cheshbon nefesh, our personal accounting of the past year. Alongside the excitement and joy of making aliyah, I began a long process of cheshbon nefesh with my family now far away in the United States. My parents did not use the word "aliyah " for many years. In fact, on their eighth visit to Jerusalem after my third child was born, as we sat at a café during SukkotSukkotסֻכּוֹתSeven-day fall agricultural festival associated with temporary booths or huts. , my father said to me, "So, you're going to live here?"

My first High Holidays after aliyah were not my first without family. That moment had already occurred during my freshman year of college, my university being a five-hour drive from my hometown. I thought it would be silly to go home for Rosh HaShanah after only a month away, so I stayed at school and joined the Hillel activities on campus. Then, waves of homesickness washed over me. I missed the synagogue services of my youth, my mom's food, and our family traditions. In the years following, I spent some holidays at home and some away. I had many adventures as a volunteer of the JDC in Poland and as a student rabbi serving communities in Australia, South Africa and California.

Today, I prefer to be in Israel for the High Holidays more than any other place in the world. In Israel, the sounds of the shofar fill the air during the month of Elul, the month before Rosh HaShanah. Displays at Israeli markets feature apples and honey. Pomegranates are in high season, recalling the traditional blessing, "May we fulfill as many mitzvot as there are seeds in a pomegranate" . The bakeries feature honey cakes and round challahs. The streets of Jerusalem bustle with people from all over Israel participating in selichotSelichotסְלִיחוֹת"Forgiveness;" special penitential prayers recited during Elul and the High Holidays. tours. Cultural centers and theaters feature performances of music from all the different Jewish ethnic groups from Galicia to Iraq and Morocco tug at my heart strings, and workshops offered by communities, teachers, and Jewish organizations promise spiritual renewal. The Western Wall is crowded with nightly prayers. The radio plays contemporary renditions of traditional piyutim (Jewish liturgical poems). Everywhere you go, people wish each other "shanah tovah!" I would not trade this atmosphere for anything.

While not everyone goes to the synagogue for the High Holidays, the family holiday meal is a must for Israeli Jews, whether they are secular or Orthodox. Israelis boast of how many guests they host. Even if it takes you a few hours in the car (which is a lot for a country that is geographically small!), you are expected to make the effort to meet with your family, oftentimes for the entire holiday weekend. The traffic jams on Rosh HaShanah are worse than during the daily rush hour!

Because Israel is so family-oriented and such a small country, the years in which my husband's parents celebrated with others or went abroad for the holiday (as many Israelis do; it is a school vacation), initially presented a challenge, as it was difficult to find people to celebrate with who did not have previous family obligations. Though it demanded some more effort, we always had a festive table with friends in a similar situation and visitors from abroad.

I do miss my family, especially during the holidays. As with anyone who lives far from their family, I do little things to feel the connection to my roots. I cook family recipes - like my grandmother's matzah balls or my aunt's noodle kugel - and serve them, even if I am the only one eating them. When we host, I set the table with candlesticks and serving bowls from my parents and grandparents. I take a picture of our table and send it to my family. We speak on the phone before the holiday to wish each other a shanah tovah, and they are present in my prayers. We speak after the festivities to share all the details - how the prayers were, what we ate, what we talked about, and what we did.

I find my feelings reflected in the words that open the Israeli poem "Nigunim" (Melodies) by Fania Bergstein, who, as she fulfilled the Zionist dream, also expressed her longing for her family far away:

You planted melodies in me, my mother and my father
Forgotten melodies and songs
My heart carried them as seeds, as seeds
Now they come out and grow
Now they send glory in my blood
Their roots are interlaced in my veins
Your melodies, my father, and your songs, my mother
In my pulse they are aroused and return. 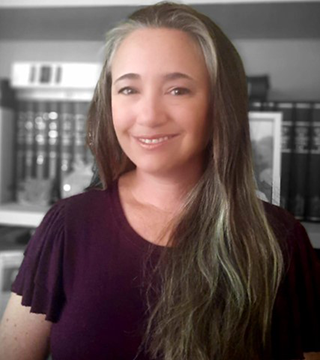 Rabbi Stacey Blank (she/her) is the Director of Education and Leadership Development for the World Union for Progressive Judaism. She previously served as the rabbi of Kehilat Shir Chadash in Tzur Hadassah (2013-2021) and Kehilat Darchei Noam in Ramat HaSharon (2007-2012). She has lived in Jerusalem since 2005 and writes stories, poems, and feminist prayers.

END_OF_DOCUMENT_TOKEN_TO_BE_REPLACED

I've been reflecting on the story of America's founding - the narrative many of us learn as children in the United States. I've recently learned a different version of that story - one that I now recognize intertwines with my own. My identities as Cuban American and Jewish have been shaped by Indigenous stories in America and in Cuba; particularly the themes of beginnings, loss, transformation, and change.
Israel
Image