Killing a King: Revisiting the Lessons from Rabin’s Assassination 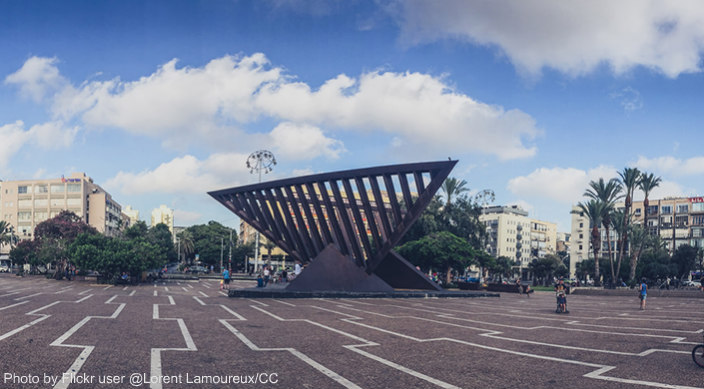 The publication of Dan Ephron’s Killing a King: The Assassination of Yitzhak Rabin and the Remaking of Israel is timely, coinciding with both the 20th anniversary of Rabin’s assassination and with waves of violence in Israel at the hands of Jewish extremists.

Ephron begins with events leading to the signing of the historic 1993 peace accords on the White House lawn, setting the Middle East off in dizzying new directions. Suddenly, nations around the world were making diplomatic overtures to Israel. The accords triggered a peace treaty with Jordan in 1994 (the first Arab state to make one since Egypt in 1979), and Nobel Peace Prizes for Rabin, Shimon Peres, and Yasser Arafat.

But the peace process also triggered more insidious responses. A wave of terrorism was launched against Israel; Hamas rose to power in Gaza, positioning itself as a more radical voice of the Palestinian street; and right-wing Jewish radicals seethed. On Purim 1994, Baruch Goldstein, yimach sh’mo (may his name be blotted out), a 38-year-old doctor and army captain reservist walked into the Cave of Machpelah in Hebron and massacred 29 Muslims at prayer, wounding 100 others. In some religious quarters, rabbis and students debated – in an ostensibly theoretical way – whether or not Jewish law mandated that Rabin should be put to death.

There were code words. Rabin, they insisted, was a boged (traitor) and a moser (one who informs against Jews to non-Jewish authorities). These are loaded terms because in the halachic (pertaining to Jewish law) world they could be interpreted to mean: Such a person could legally and morally be killed in order to halt his treachery. This was gasoline being poured on smoldering embers, waiting for the right fanatic to spark the flames of violence.

Ephron tells two distinct narratives—until they come together at the denouement. One is Rabin’s: the unsentimental, battle-hardened leader who had his doubts but still concluded that peace with the Palestinians was strategic and achievable. The other narrative is of Yigal Amir, a young Yemenite Jew who became Rabin’s killer. Raised in Herzliya, a small Mediterranean city north of Tel Aviv, and a student at Bar Ilan University, the story of Amir’s radicalization is sobering. He spoke openly about killing Rabin to peers and family members, and over time he and his brother accumulated an arsenal of weapons in their family’s home.

On the night of November 5, during at a massive peace rally in Tel Aviv, Amir entered the garage where Rabin’s car was parked and somehow was able to loiter there undetected for nearly an hour. At the end of the rally, as the prime minister returned to his car, Amir shot him from close range. It was Amir’s third attempt to murder the prime minister. That spring he had attempted to approach Rabin at Yad Vashem, at a commemoration of the 50th anniversary of the liberation of Auschwitz. In April, he tried again to get close to Rabin at a Mimouna celebration in Jerusalem. With a disturbing lack of remorse, Amir acknowledged what he had done and later returned to the scene to walk the police through the events, explaining exactly how and why he shot Rabin.

In the weeks that followed, the right-wing religious Zionist sector seemed to acknowledge that a virus – radical, violent, and with its loyalty in extremist rabbis rather than the institutions of the State – was replicating in the settlements and certain yeshivot. There seemed to be a spirit of honest teshuvah.

But that self-reflection faded. Amir became a hero to many, and conspiracy theories flourished among those who would exonerate him. Was the murder an inside job with Amir as the fall guy? Who yelled “They’re blanks!” when Amir fired his gun? And what was the role of an embarrassing rogue Shabak informant, Avishai Raviv? Striking a proper balance, Ephron dismantles these theories, granting them little legitimacy.

Sadly, with the recent proliferation of “price-tag” attacks on Palestinians, so-called “hilltop youth” becoming folk heroes, and the increasingly popular idea of reclaiming the Temple Mount for Jewish prayer, the lessons of 20 years ago seem long forgotten. Even as radical rabbis continue to preach hatred and armed conflict in the name of God, I have no doubt that behind closed doors, many Israelis say, “You know, Rabin was a boged. He deserved to be killed.”

Somewhere, Yigal Amir sits in prison, aware that the modern Middle East is different because of him. Somewhere, people still toast Amir as a hero. Somewhere, radical rabbis give drashot (Torah commentaries) that incite followers to embrace their hate – and their guns.

Killing a King reminds us that hateful words erupt into hateful deeds. If this book inspires us to be counterpoints to Amir and his ilk – to elucidate a Judaism and a Zionism based on mutual respect and peace – it will be more than just a timely reminder. It will be a mitzvah.