Know Before Whom You Stand: A Poem for the 6 Million 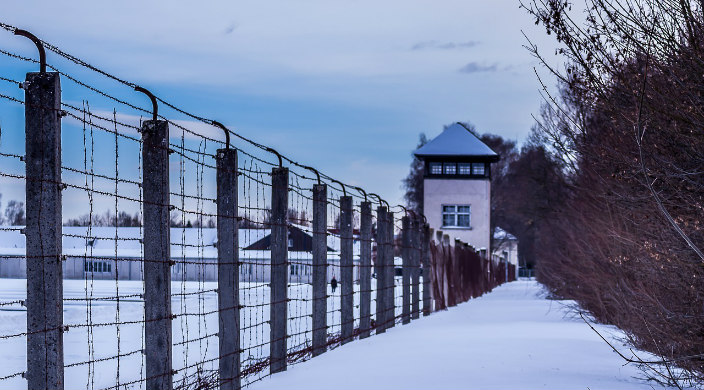 Each semester, student participants in URJ Heller High make a pilgrimage to Poland as part of their Jewish history course. During the trip, we learn about the 1,000 years of rich Jewish life, religion, and culture that existed in Poland. Students make pilgrimage to the Lopuchova Forest, Majdanek, and Auschwitz-Birkenau to bear witness to the incomprehensible number of Jewish lives extinguished during the Shoah. In each place, these Jewish students stand as proof of the ultimate failure of the Nazis to achieve their goal of annihilating the Jewish People.

The pilgrimage to Poland is emotionally intense. Students keep journals throughout the trip to record their reactions to each place they visit. Their journals are personal and include poetry and prose, drawings and etchings. They write about everything, including the theological questions and doubts that arise when confronting the Holocaust.

This poem by participant Ellie Sherman reflects the intensity of bearing witness at Majdanek, the Nazi extermination camp located in Lublin. The title of her poem, “Know Before Whom You Stand,” is a phrase that often appears above the Ark in the sanctuary of the synagogue; it’s based on a phrase found in the Babylonian Talmud, Berakhot 28b.

דע לפני מי אתה עומד
Know Before Whom You Stand

“Know before whom you stand.”
I stand before “The Final Solution.”
Before a watchtower at Majdanek.
A death camp.
Execution.
That’s what they called it.
I stand before the graves once filled with a million bodies
desperately clinging to the remnants of their diminishing lives.

“Know before whom you stand.”
I stand within the last generation that will ever know a survivor.
I stand before the threat of a forgetful world.

“Know before whom you stand.”
I thought I believed in God.
Now I’m not so sure.
6 million bodies and souls created in the image of God and yet the bodies were burned, the souls forgotten.
God existed in each one.
Or maybe God didn’t.

“Know before whom you stand.”
I stand before those who remained hopeful.
When they were stripped of clothing.
Stripped of humanity.
Stripped of life.
And yet not fully stripped of hope for the existence of a future.

Here
I stand before the memory of my people.

Here,
I know before whom I stand.

Here,
I do not stand before God.

Poet Ellie Sherman is a high school junior in Irvine, CA, and a participant on the Spring 2017 semester of URJ Heller High: The Isaac and Helaine Heller EIE High School in Israel. She is a member of Temple Etz Rimon in Carlsbad, CA, and currently serves as the religious and cultural vice president of her temple youth group. She is active in NFTY SoCAL and is a camper at URJ Camp Newman.

Israel is our home. It was in the Torah, and it is now. It sure isn’t perfect, and it might not be around forever, but that’s exactly why we need to come.
Israel Programs
Image 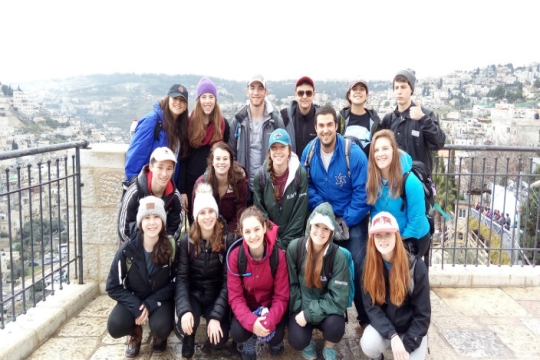 4 Ways a Semester in Israel Prepared My Daughter for Life 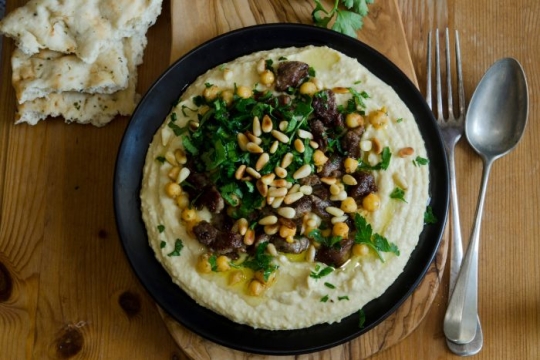 Making the Case for Israeli Hummus

I have eaten hummus for breakfast. Just hummus, with help from its good friend pita. Same goes for lunch and, on occasion, dinner. Hummus is not just an appetizer, nor a condiment; really good hummus is a satisfying meal unto itself.
View More