Kol Nidre: All Vows and One Haunting Melody 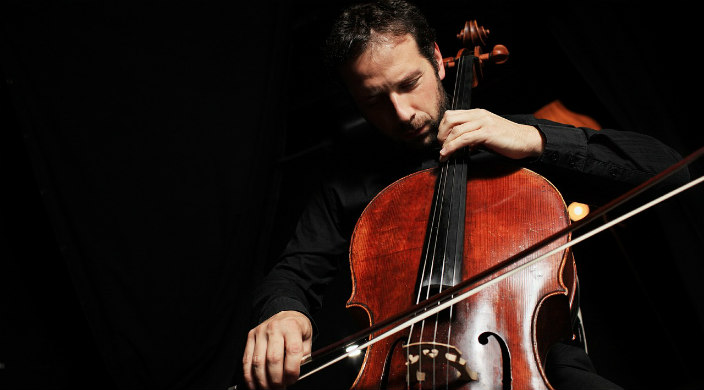 Perhaps the most familiar of all the melodies we hear each High Holiday season is Kol Nidre – the introductory prayer that is recited before sundown on the eve of Yom Kippur. The text itself is not really a prayer, but rather a legal formula written in Aramaic. With these words, we declare that all vows and oaths that we intend to make in the coming year are to be considered null and void.

The custom of reciting Kol Nidre three times is quite old and is explained in the 9th-century siddur, Machzor Vitry:

“The first time [the hazzan] must utter it very softy, like one who hesitates to enter the palace of the king to ask a gift of Him whom he fears to approach; the second time he may speak somewhat louder; and the third time more loudly still, as one who is accustomed to dwell at court and to approach his sovereign as a friend.”

In many Reform congregations, the three repetitions of Kol Nidre are often orchestrated for different types of musical accompaniment. These various musical stylings illuminate ways to approach the same text multiple times. Sometimes we hear an entirely instrumental version of Kol Nidre, allowing us to imagine the text and collect our thoughts as we prepare to enter the majesty of the Day of Atonement. Often the cantor will chant a cappella (with no musical accompaniment) giving us a rendition that is exposed and bare – a reflection of our vulnerability. There are also settings for cantor and choir that feature harmonies unfolding around the voice of the soloist.

The beloved melody for Kol Nidre is steeped in Jewish history. In the 14th century, the Maharil (Moreinu HaRav Yaakov haLevi) described prolonging the melody of Kol Nidre so that latecomers could be sure to hear it. Later, the Talmudist Mordechai Jaffe alluded to a “fixed tune” for Kol Nidre, after he attempted to fix some errors in the text. Cantors were “unable to incorporate changes in the course of their chanting because they are too attracted to the old melody that fits the familiar text,” he writes. Although we cannot be certain that the melody he heard was the same one we sing today, it is highly probable that the haunting pairing between the music and the text of Kol Nidre is what Jaffe referred to in the 16th century.

Ethnomusicologist Marsha Bryan Edelman discussed this melody in an interview with Reform Judaism magazine, describing it as “part of a body of music known as Mi Sinai melodies that emerged in Germany between the 11th and 15th centuries.” Mi Sinai means “from Sinai,” and although there certainly is no implication that the melodies came from the Middle East, the nomenclature reflects the veneration these melodies have had on Ashkenazi Jews.

In an age in which contemporary musical styles have become commonplace in the synagogue, Kol Nidre remains close to its historic roots. The melody can be heard in synagogues across all Asheknazi denominations, bringing together not only generations of our people but also today’s increasingly diverse Jewish community.

The exception can be found in Sephardic communities. Not only do these Jews have a different melody for Kol Nidre, but the words are subtly different as well. The early text of Kol Nidre is based on the work of the Geonim (presidents; spiritual leaders) of Babylonia and addresses the annulment of vows made since the last Yom Kippur, that is to say, vows made during the last year. From a legal perspective, a number of the Ashkenazi Tosafists, the students and descendants of Rashi working in the 12th century, found this text to be highly problematic. They insisted that, for technical, legal reasons, reciting Kol Nidre had no effect on vows previously made, but could certainly invalidate vows that would be made in the future. Arguments ensued and changes were made that became the basis for the current Ashkenazi text. The Sephardim retained the original text.

As the familiar strains of Kol Nidre signal the beginning of our Day of Atonement, I encourage you to think about ways in which you can make 5777 a year of finding new ways to connect as a community. May the various interpretations of this age-old melody give you an opportunity to reflect, to be vulnerable, and to raise your voices in joyful song.

G’mar chatimah tovah. May you be inscribed with a good seal!