Labor of Love or Love of Labor? 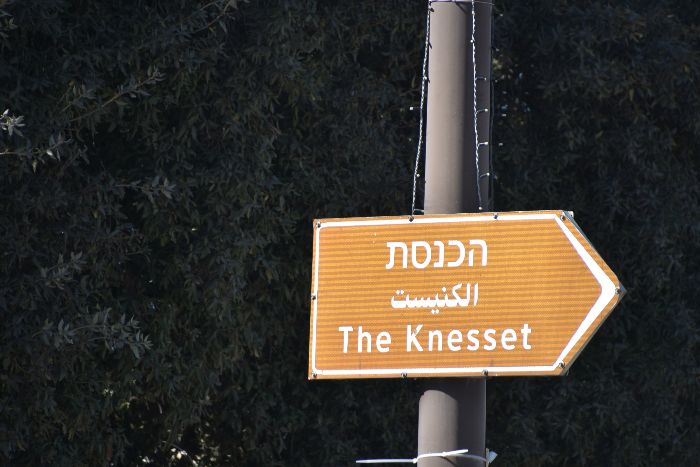 “But select capable people—those who fear God, trustworthy ones who hate dishonest gain—and appoint them as officials over thousands, hundreds, fifties and tens.”

Thursday, February 4, was the last day that political party slates could be submitted to run in the upcoming March 23 Knesset elections. Just like the past three elections in two years, there has been a shuffling of decks, addition and subtraction of parties, and the Likud Party polling at around 30 seats.

For Reform Zionists the story to follow is the fate of the Labor Party. The exciting news is that, for the first time, a Reform rabbi has a realistic chance to be elected to the Knesset. After the Labor primaries, Rabbi Gilad Kariv – who ran on the Labor ticket in past elections – rose to number four on the list, which puts him in real contention to be a Member of Knesset, should Labor cross the 3.25 percent electoral threshold (as of current polling, they could receive up to eight mandates).

The possibility of having a Reform rabbi in the Knesset is a major step in recognizing and legitimizing Reform and non-Orthodox Israeli movements. Beyond our Reform Movement’s agenda of advocacy for religious pluralism, tolerance, and equality, the new Labor slate could bring back to the Party the founding principles of social justice.

To understand this vision, one might turn to Rabbi Kariv’s words:

“The founding generation of the State of Israel built a state and government institutions, defended the borders of the land, developed an economy, and absorbed millions of immigrants from the East and the West. The current generation is called upon to continue these tasks and to reaffirm the foundational values of Israeli society; shape its character as a heterogenous and multicultural democratic society; resolve its relationship with the Palestinian people and the surrounding Arab nations; and contend with significant social divides and threats to the organs of the social welfare state, the character of Israeli Judaism, and our relations with world Jewry.” (Deepening the Dialogues, 2018, p. 140)

Labor was the party of Israel’s Zionist pioneers, the organization that transformed revolutionaries into bureaucrats and established the Kibbutz movement, the Labor union (Histadrut), and Israel’s foundational bank, Bank Poalim (Bank of the Workers).

Labor’s heyday was in the early decades of the State, but it lost power in what is called the “Mahapach,” (the overturning of leadership) in 1977. In 1992, under the leadership of Yitzhak Rabin, z”l, Labor returned to power by winning 44 Knesset seats. Currently, there are only three Labor Party members in the Knesset, two of whom did not run again this time around.

Many have predicted that this is the end of the road for the Labor party. However, if Labor returns to its roots and articulates a compelling message for contemporary Israeli society, it can continue and gain new strength.

Labor began by using quasi-religious language to articulate its utopian dream such as using the term “redemption” in a new way. As early as 1862, Moshe Hess (1812-1875) proposed a socialist state in which the Jews would become agrarianized through a process of “redemption of the soil” (גאולת האדמה). That process would transform the Jewish community into a nation where Jews would occupy the productive layers of society and be masters of their own destiny.

In last week’s parasha we read the story of the “redemption” of the Jewish people from Egyptian bondage. This week we’re enthralled by the story of revelation and the giving of Torah. God instructs Moses:

"Now then, if you will obey Me faithfully and keep My covenant, you shall be My treasured possession among all the peoples. Indeed, all the earth is Mine, but you shall be to Me a kingdom of priests and a holy nation.’ These are the words that you shall speak to the children of Israel.” (Exodus 19:5-6)

Recently in the Torah, we read about the redemption from enslavement, and last week, as we read about establishing a holy nation, were we really expected to be a Kingdom of Priests? It’s one thing to delegate responsibility and democratize leadership, but quite another to impart the aspiration that each member of society will rise to the level of “Priest” (or a leader with special status).

“Yet in what sense were Jews ever a Kingdom of Priests?” asks Rabbi Jonathan Sacks. “The Kohanim were an elite within the nation, members of the tribe of Levi, descendants of Aaron the first High Priest. There never was a full democratization of keter kehunah, the crown of priesthood.” But the concept of priesthood can, according to the commentators Ibn Ezra and Ramban, also mean “servants,” which is precisely the point (“A kingdom of My servants”). Rabbi Sacks affirms that “the Israelites were called on to be a nation of servant-leaders. They were the people called on, by virtue of the covenant, to accept responsibility not only for themselves and their families, but for the moral-spiritual state of the nation as a whole.”

Israel’s first President Chaim Weizmann (1874-1952) , said, “I head a nation of a million presidents.” Though Weizmann was speaking tongue-in-cheek, this notion that “everyone’s-a-leader” was molded into the early Zionist vision.

“What is a pioneer? Is he a worker only? No! The definition includes much more. The pioneers should be workers but that is not all. We shall need people who will be “everything” – everything that the land of Israel needs. A worker has his labor interests, a soldier his esprit de corps, a doctor and an engineer, their special inclinations. A generation of iron-men; iron from which you can forge everything the national machinery needs. You need a wheel? Here I am. A nail, a screw, a block? – here take me. You need a man to till the soil? – I’m ready. A soldier? I am here. Policeman, doctor, lawyer, artist, teacher, water carrier? Here I am. I have no form. I have no psychology. I have no personal feeling, no name. I am a servant of Zion. Ready to do everything, not bound to do anything. I have only one aim – creation.”

Today’s inheritors of the labor tradition must affirm that politics ought to be more about Trumpeldor’s proscription of fitting in where needed and putting the collective needs first. Is Israel a kingdom of priests? A kingdom of servants on behalf of a higher calling? Is that even a fair expectation? It’s not. But maybe we could give it a try?