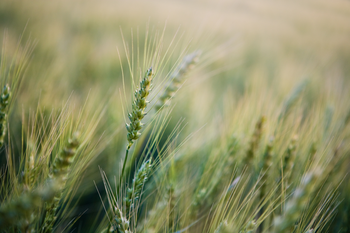 Lag BaOmer is a break, a time out, a moment to recall an ancient plague that may or may not have occurred, and perhaps a moment for reflection. It comes just past the middle of the 50 days which we count from the liberation to the responsibility of law, from Pesach to Shavuot. And perhaps, it comes to remind us that every now and then one must step back to reflect on what has been accomplished in the journey.

In 1983, in his book The Land of Israel, Amos Oz wrote the following:

“Perhaps it was a lunatic promise: to turn, in the space of two or three generations, masses of Jews, persecuted, frightened, full of love-hate toward their countries of origin, into a nation that would be an example for the Arab community, a model of salvation for the entire world.”

Thirty years later, there may be some who find these words haunting, a lament that might be true. Israel is under siege from many sides. There is an organized effort afoot to boycott, divest and sanction Israel just for being Israel. Peace treaties signed with neighbors may be falling apart. Peace with the Palestinians remains elusive. The income gap between rich and poor is a growing witness to the “tentifada” of the summer of 2011. The fair and equal treatment of women is a hot topic, and internal Jewish tension based on religion is at an all time high.

With all of its issues; Israel today is a teeming, growing, cantankerous, prosperous society, fraught with the problems of other societies, better than most. It is a country striving for excellence and sometimes falling short. There is light coming from Israel.

Israel is contributing everyday to the betterment of the world. It has produced the dual core processor for computers, cameras that a patient swallows to allow for better medical diagnostics and a robot that performs spinal surgery. Israel was central to the development of the cell phone, drip irrigation and the science of desalinization. On a humanitarian level, Israel’s IsraAid provides services and comfort the world over. It was Israel which set up the first field hospital in Haiti. These results are a reflection of the positive, the productive, and the proud side of Israeli society.

We in America have had the privilege of helping Israel grow and prosper. We fought for the freedom of the Jews in the Soviet Union and then helped to bring them home. The same efforts were made for the Jews of Ethiopia. We funded business incubators, immigration, and education for those in need. Some have tired of the journey and say, “enough, let’s just stop in the middle, end the journey at Lag BaOmer.” And of course, the Sabra attitude of Israelis does not always make it easy or pleasant to participate in the full reclamation of our place as free Jewish people, in our own land, the land of Israel.

And yet, we must continue on our journey. Now is not the time to rest. Israel has much to offer to us, just as we have much to offer to Israel. Our American Jewish experience, especially in the area of religion, will be critical to a healthy Israeli society. In America, the state is absent from the support of religion and religion is stronger because of the separation. Personal status is personal and observance is voluntary. People of all faiths in America are faithful by choice. The result is the most religiously observant country in the world. This is a lesson which we are obligated to teach Israel. Jews and Judaism are stronger when we are Jews by choice. Israel’s society and culture as the environment to grow creative, innovative, and meaningful expressions of Judaism is certainly stronger than the American environment. None the less, the lessons learned here are ones that   Israel needs our continuing efforts to learn...

Oz concludes his view of Israel 1983 with words that resonate today, that are the message of Lag BaOmer, of being on the journey.

“Not the land of the hart and not the diving city reunited…but simply the State of Israel. Not the Maccabeans reborn that Herzl talked of, but a warm hearted, hot tempered Mediterranean people that is gradually learning, through great suffering and in a tumult of sound and fury, to find release from the bloodcurdling nightmares of the past and from the delusions of grandeur, both ancient and modern.”

There are no shortcuts on the journey, but it is easier, better, and shorter if we walk it together.