Lag BaOmer Is a Time to Connect with Our Ancestors 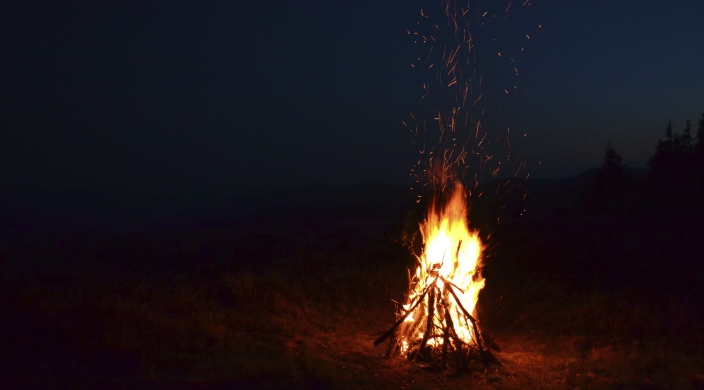 May 26th will mark the Jewish festival of Lag BaOmer which – like, Shavuot and Hanukkah – is not mentioned in the Torah.

During the seven-week period between Passover and Shavuot, Leviticus 23:15-16 commands us, we are to count the Omer (Sefirat Ha'omer). For the 49 days leading up to Shavuot, the holiday that commemorates the giving of Torah to the Jewish people at Mt. Sinai, we say a daily blessing and count the Omer in both weeks and days. On the 16th day, for example, we would say, “Today is 16 days, which is two weeks and two days of the Omer.” The festival of Shavuot is observed on the 50th day.

The period during which we count the Omer is considered a time of mourning as we recall a plague that killed thousands of students of Rabbi Akiva, a Talmudic scholar. Jews traditionally avoid hosting parties, listening to music, and taking part in other joyous celebrations during the Omer. Lag BaOmer, the day the plague ceased, provides a one-day respite as the customs associated with grief are abandoned and replaced with ones of great joy, including wedding ceremonies. Large bonfires, which some equate with the light of Torah, are often lit on Lag BaOmer, serving as the focal point of celebrations of the day. In some Israeli communities, children have their first haircut on Lag BaOmer.

Lag BaOmer is also a time for soul-searching, for pouring out our hearts to the Almighty, and for aspiring to incorporate greater meaning in our lives. So much of Judaism allows for interpretation – what we call midrash – and encourages Jews to find meaning for ourselves, based on historical fact, as well as reasons and ways to celebrate. In other words, we are allowed to add our individual touch to our Jewish observances in order to add greater personal meaning to them.

Some ascribe to the idea that the Jews became physically free on Passover, but spiritually free on Shavuot – that something happened during that in-between time.

Think of it: All that wandering through the wilderness as our ancestors hiked in the desert and found their way? It must have been quite an experience. And yet, it wasn’t just the literal idea of getting from Egypt to the Promised Land that drove them to carry on. Ultimately, they were driven, too, by the idea of receiving and accepting the Torah, and by the opportunity to examine  and apply their faith. Indeed, their wandering was a spiritual finding of their way.

Sometimes, it’s easier to give than to receive. When we are given love, understanding, and acceptance, we may feel that accepting it suggests weakness or dependency. But consider this: Our foremothers and forefathers not only had the strength and fortitude to take God’s precious gift, they also had the ability to accept it into their lives forever – no longer defined by Egypt, limited only by the size of their dreams and the depth of their faith.

And so, somewhere between the beginning of counting of the Omer and the big day on Mt. Sinai comes Lag BaOmer. As day 33 in the count, it is the symmetry that captivates – one 3 for deliverance from Egypt, one 3 for acceptance of our precious Torah. And the challenge of finding our way – from one day, one numeral, one holiday to the next – remains our responsibility, our heritage, and our legacy as Jews.

Imagine that you travel back in time to 1934 – when Europe had no inkling of the catastrophic events lying ahead that would transform that continent forever. What would you photograph to capture the authentic essence of human experience at that liminal moment in history?
Jewish History
Image