Let My People Go... Forth to the Wedding Chapel! 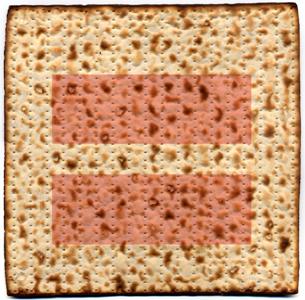 Editor's Note: Rabbi Eger gave the following address on Monday at a rally before the Supreme Court organized by United for Marriage, a coalition that supports marriage equality. This week, the Supreme Court of the United States heard oral arguments in California's Prop 8 case and the Defense of Marriage Act case. Read Rabbi Eger's blog post about the cases.

As a rabbi and president-elect of the Central Conference of American Rabbis, I come here to be with you this morning at the Supreme Court on the very first day of Passover to say: Our nation is ready for marriage equality.

This is one of the holiest days of the Jewish calendar. It marks the day in Jewish tradition when we mark the Exodus from slavery in ancient Egypt; it marks the beginning of a journey to freedom. Today is our day to march toward that freedom, the freedom to marry.

I represent more than 2,500 Reform rabbis. We support marriage equality and have filed Friends of the Court briefs in both today's Prop 8 case and tomorrow's DOMA case. Do not let others tell you that all religions oppose LGBT equality rights. We Reform Jews welcome, support, include, and, yes, advocate full rights and equality, including the right to marry the ones we love.

As a Californian and rabbi of West Hollywood for 25 years now, I had the honor of performing the first wedding in California once the Supreme Court found that marriage between same-sex couples was legal. Robin Tyler and Diane Olson stood beneath the wedding canopy - the chuppah - on the steps of the Beverly Hills courthouse as I pronounced them married by the power vested in me by the State of California. And in 2008, I had the privilege of marrying over 60 couples between July and November.

But like the plagues that descended upon the Passover story, Prop 8 descended upon California, and since that time, I've tried and tirelessly worked to restore marriage equality in my state and across the nation.

As every clergy person knows , marriage is a civil right in our country. Religions can choose or not choose to sanctity that right, but the state cannot and must not discriminate against its citizens - including all of us same-sex couples.

Today, on Passover, we gather here in sincerest prayer. We demand, like Moses and Aaron and Miriam of old, "Let my people go!" Let my people go forth to the wedding chapel. Let my people go to love our spouses and to marry them. In our nation, of people of all backgrounds and faith and creeds and no faith at all, recent polling has told us the strong majority favor equality and justice, including the freedom the marry the ones we love.

Today, we want marriage equality to be restored to California and for the unconstitutional Defense of Marriage Act to fall into the dustbin of history. So we say, like the children of Israel who left ancient Egypt, we, on this Passover morning and holy week, want to leave our inequality behind. Hear our prayer, hear our voices, hear the call to freedom and liberty for the LGBT community. The time for marriage is now!

Rabbi Denise L. Eger is the spiritual leader of Congregation Kol Ami: West Hollywood's Reform Synagogue and President-Elect of the Central Conference of American Rabbis. You can learn more about Rabbi Eger and follow her blog at www.rabbieger.wordpress.com and she tweets from @deniseeger. 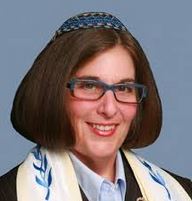 Rabbi Denise L. Eger is the founding rabbi of Congregation Kol Ami in West Hollywood, CA, and the immediate past president of the Central Conference of American Rabbis. She blogs at Walking Humbly, Seeking Justice, Living With Hope and tweets as @deniseeger.