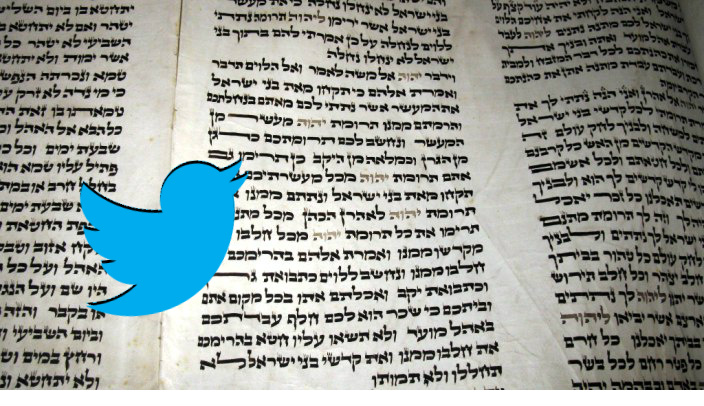 For a people with just one God, we Jews sure do a lot of counting.

Three patriarchs, four matriarchs, six days of creation, eight nights of Hanukkah, 12 tribes, 40 years in the desert, 70 years in a life - 80 if we’re really robust. You get the picture…

In less than 10 days, we’ll reach Day #49 in the counting we’ve been doing since the second night of Passover. Known as Counting the Omer, (an omer was a measure of barley used in ancient times for sacrificial purposes) we Jews literally count each and every day for seven consecutive weeks--from the first day of Passover all the way through to Shavuot, the pilgrimage festival that commemorates the giving and receiving of Torah atop Mt. Sinai.

On May 14, which is erev Shavuot, we will have finished counting the Omer and (some - and hopefully many- of us) will begin “tweeting #Torah.” Begun by Reconstructionist Rabbi Shai Gluskin in 2009, tweeting #Torah was designed to bring Torah to as many people as possible with a secondary goal to see #Torah trend in the top 10 on Twitter during the day.

Using Hootsuite, Tweetdeck or other social media tools, it’s easy to schedule tweets for the overnight hours - especially if you start now, lining up a few each day - and, later, to watch the flurry of #Torah tweets and retweets scroll by on the screen.

Here are a few of the #Torah tweets I’ve contributed to this effort in past years:

So many Jewish books open on my desk in prep for Tweet #Torah to the Top that I look like a real yeshiva bucher.

Behold, how wonderful it is for people to dwell together in unity. #Torah

Blessed are you Eternal our God, Sovereign of the universe, who has made me a Jew. #Torah

Thus the Eternal blessed the seventh day and called it holy. #Torah

Never again did there arise in Israel a prophet like Moses--whom the Lord singled out, face to face. #Torah

I’m certainly no Pollyanna, but Tweet #Torah is fun, easy, inclusive, and, most of all, does, indeed, bring people to #Torah and #Torah to people.

I hope you’ll join us in this year’s effort.  Although we can't count on it, wouldn't it be great if #Torah was a top 10 trend?!

JanetheWriter is the executive writer and editor for the Union for Reform Judaism.