Listening in When an Author Talks with His Neighbor 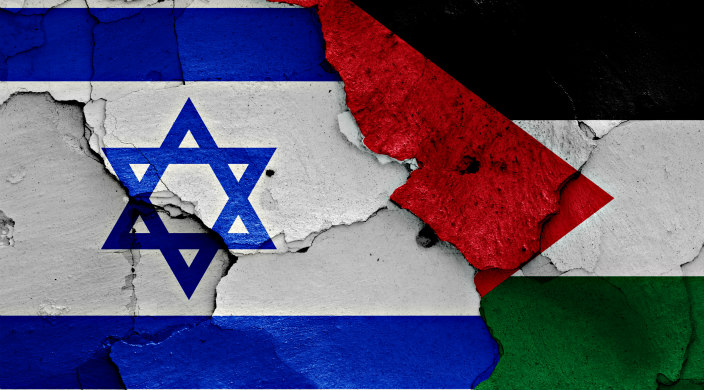 In his best-selling new book, Letters to My Palestinian Neighbor, American-born Israeli writer Yossi Klein Halevi explores the challenges of self-transformation and the quest for peace, themes central in his earlier books: Memoirs of a Jewish Extremist: The Story of a Transformation, At the Entrance to the Garden of Eden: A Jew's Search for God with Christians and Muslims in the Holy Land, and Like Dreamers: The Story of the Israeli Paratroopers Who Reunited Jerusalem and Divided a Nation. Halevi is a senior fellow at the Shalom Hartman Institute in Jerusalem, where he lives with his wife, Sarah, and their three children. I caught up with the author in the midst of his three-month U.S. book tour.

Orkand: What audience did you have in mind when you first conceived of this book?

Halevi: I had two audiences in mind: first, my neighbors who, I hope, will read the book in the Arabic translation that is available without charge, and come to understand something about me and my fellow Israelis. It is also intended for North American Jews, who can eavesdrop on my conversations with my neighbors and gain  a new language and a new conceptual framework for thinking about Israel.

Orkand: What do you mean by a new conceptual framework?

Halevi: When I was growing up in New York, we didn’t know much about Israel, but had a sense that Israel could do no wrong. We didn’t want to look too closely, lest we discover her flaws. What worries me about the relationship today is the growing divide between Israel and the American Jewish community. For many American Jews – especially younger Jews – Israel can do no right.

Orkand: How do you see this book in relation to At the Entrance to the Garden of Eden: A Jew’s Search for God with Christians and Muslims in the Holy Land?

That book told the story of a journey I took into Palestinian society so I could listen to my neighbors and try to understand their narrative and see our conflict through their eyes. In the new book, I am trying to explain who I am with the hope that my neighbors will listen to me now as I listened to them then. I want them to understand what it means to be a people, and not only a religion – to understand why history, memory, and family are so central to the Jewish experience.

I am hoping that this book will trigger the first public conversation between an Israeli writer and people in the Arab world about the legitimacy of the Jewish story and our shared future with the Palestinians.

Peace is not possible as long as the Palestinian national movements refuse to accept the legitimacy of Israel.

Orkand: You have said that your new slogan is “peace not now.” What do you mean by that?

Halevi: The slogan “peace now” has been a disaster for the left’s credibility within Israeli society. Almost no one in Israel today believes that peace is possible now. That doesn’t mean that “peace eventually” is impossible, and we need a discourse that is somewhere between the cynicism of the right and the wishful thinking of the left.

Orkand: What do you see as the road to peace?

We must hold on to the vision of peace and make concrete commitments to an eventual peace agreement. For Israel that means doing no harm – not founding any more settlements, not harming the Palestinian economy, and, wherever possible, helping Palestinians build the infrastructure they will need for a viable state. We also need to support people-to-people initiatives to keep alive the vision of a two-state solution. Above all, both Jews and Palestinians must hear and honor each other’s stories.

Orkand: Where do you stand on the political spectrum in Israel?

Halevi: I don’t come from the left. Peace is not a left-wing value but a Jewish value. I appeal to my brothers and sisters on the left not to rule out people like me as allies, even if we disagree on some basic issues. If I am not your ally, then the peace camp will remain marginal in Israel. This book is an attempt to jumpstart a conversation among mainstream Israelis about what is possible.

Orkand: How should Israelis think about liberal Jewish Zionists in the diaspora, like me?

Halevi: We should never take your love for granted, because I’m not always sure we deserve it. I understand that unconditional love does not mean unconditional support or agreement, but it does mean that no matter what happens, we are in the relationship for the long-term.

I pray that American Jews will have the fortitude to remain committed in a relationship of reciprocal and unconditional love, for we truly need each other.