Loving Israel, Even When Israel's Government Doesn't Show Love for Jews Like Me 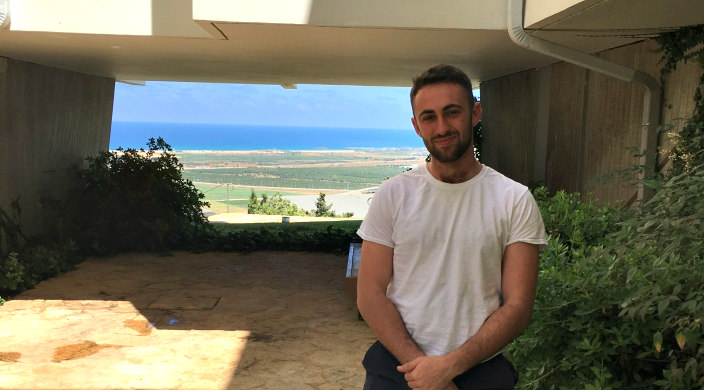 This summer, I have been leading the URJ Camp Harlam NFTY in Israel trip. For four weeks, I have been showing and guiding 15 and 16 year-old Americans around a country that I cherish. This is my second summer doing this job, and I am definitely not here for five-star hotels or gourmet meals. I do it because it is important to me that the kids that I am entrusted with understand the magic of this country, its complexities, and the necessity of its existence. I do the job to ensure that I can pass along what this country has given me – life lessons, happiness, and growth – to the next generation of the U.S. Jewish community. I do it out of love for Israel.

Yet, it seems like every other morning on this trip, I wake up to news that Israel’s government does not feel the same kind of love for this country. On July 18, early in the morning, the Knesset passed the Jewish Nation State bill, which prioritizes Israel’s Jewish identity over its democratic identity, and treats the country’s Arabs as second-class citizens.

A few hours later, an Israeli Conservative Rabbi was woken up at his home and brought in for questioning by policemen because he officiated marriages outside of the Orthodox Rabbinate.

That same day, Israel passed a surrogacy bill that denies surrogacy rights to gay men looking to start a family.

All of this occurred a few days after a prominent American Jew and major donor to Israel was stopped and questioned by the Israeli police simply because he had in his luggage a pamphlet advocating for Palestine that he received while in the West Bank.

I have spent a quarter of my life living in Israel, and have friends, family, and connections across the country. My family was among the original group that, more than 100 years ago, came together to create what would become Tel Aviv. My two mothers fought and won in the Israeli Supreme Court for their right to both be considered my legal parents. Before I could read or write, I was being debated and discussed across Israel. It took me a a long time to realize that I had been raised by civil rights pioneers and incredibly brave women who fought and worked so hard to make Israel a more accepting and equal place. I went to pre-school in Jerusalem, spent the summer of 2006 unable to go north to see my family and where my mother worked on kibbutz for six years due to the war with Hezbollah, attended Israeli public school in 8th grade, and did the Israeli Reform Movement’s Mechina program in between high and college.

My feelings for Israel are rooted in the history of my people, my family and my life, and spring from a deep well of affection. However, I can’t ignore the reality that the government of this country does not feel the same way about me.

I am a Reform Jew, a dual citizen of the US and Israel, a child of two mothers, and a liberal supporter of Israel and Palestine. Yet, in the country that tells me it is my home, I watch as my Judaism is treated as lesser and fake, families like mine are de-legitimized and denied equality, and my political views are deemed as traitorous. The Jewish state is deciding which Jews it is for and who it represents, and apparently none of the groups I am part of made the cut.

This is not a eulogy. I have not changed my belief in and love for Israel, nor have I given up hope for its future. I hope that this piece will serve as  a wake up call. Israel will be what we make it and will belong to those who fight for it.

If what is happening in Israel today bothers you, speak up. It’s now or never.

Mattan Berner-Kadish is a rising senior at the University of Maryland, studying government and politics. This summer, he was on staff for URJ Camp Harlam's NFTY in Israel trip. Previously, he interned at the Religious Action Center of Reform Judaism and worked as a staff assistant for the RAC's L'Taken Social Justice Seminars. In his free time, he learns languages, roots for Oakland sports teams and Arsenal, and argues about politics and rap music.