January 27, 2010
Imagine this: You're the only Jewish student at your suburban Ohio high school of 2,000. The synagogue your family attends holds Shabbat services only twice a month, because there aren't enough Jews in the area to generate weekly interest. You became a bat mitzvah like other young Jews do, but your ceremony was held at the local country club because your tiny temple didn't have the capacity - or the air conditioning! - to accommodate your large August service.

I don't have to imagine it, because growing up, that was my life. Don't get me wrong: I have always been and felt Jewish. My mother instilled in me Jewish values from a very young age, even when we were celebrating Christmas with my gentile father, and I've always felt connected to my Jewish identity. My mom fed this connection by assuring me that even if I didn't have the strong ties to the community that others had - the youth group experience, the summer camping adventures - that I had "a Jewish soul."

At age 20, following the death of a close friend, I began attending a university near my hometown, living with my mother and attending my childhood synagogue. As I renewed my spiritual relationship with my rabbi during this emotionally tumultuous time, my rabbi encouraged me to get away from Ohio for a bit and do something new - including connecting with my Judaism.

I mulled it over, thrilled by the prospect of getting away. I'd never spent any time outside of Ohio, and I'd spent the last five years working at the local swimming pool, so the day I received my acceptance letter to the Religious Action Center's Machon Kaplan summer program for college students, I actually cried tears of joy. What an adventure I was about to embark upon!

The RAC places Machon Kaplan participants in internships with D.C.-area non-profits that work on social justice issues of importance to them, while also providing two classes on Judaism that count for six college credits. My Machon Kaplan peers came from a variety of backgrounds - some were NFTY alumni (I'd never even heard of it!), others were board members of their campus Hillels, and still others were aspiring rabbis. And me? Well, I floundered through the names of most Jewish holidays and struggled to translate the slang Hebrew my new friends used in everyday conversation. I'd never heard half the prayers or songs the rest of them knew by heart ("What's the Birkat, anyway?!"), and I'd never been to Israel, as the majority of them had. It was clear to all of us that I wasn't as "up" on my Judaism as they were - but through it all, I clung to my mother's insistence that I bore a Jewish soul, and I told myself that no matter my level of knowledge about our faith, I belonged there just as much as they did.

And my Jewish soul really shone through at work. To my excitement, I was placed into an internship at Family Pride Coalition (now the Family Equality Council), the nation's leading organization advocating on behalf of gay, lesbian, bisexual and transgender parents and their families. During my six-week internship, I helped create innovative programmatic materials for more than 500 same-sex-headed families attending the 11th Annual Family Week celebration in Provincetown, Mass. I also worked with same-sex-headed families about to adopt and talked others through Family Pride's new OUTspoken Families program. It was, far and away, the most fulfilling social justice experience I'd ever had - and I knew I wanted to keep it up.

After graduating, I decided to take a break from my chosen field of journalism and, remembering fondly my experience during Machon Kaplan, instead applied to be a Legislative Assistant at the RAC. I did a one-year stint here working on LGBT rights, drug policy, criminal justice and gun control, and I was asked to stay on to become the organization's Press Secretary - a position I've held for a year and a half now. So here I am, nearly three years later and still at the Religious Action Center, and finding my Judaism every day. There are times when I still don't know the right Shabbat songs or all the words to that very lengthy Birkat; I'll never be a NFTY or camp alumna, and I've still yet to travel to Israel - but the enormity of the ways in which I've grown far outnumber those little things that have stayed the same. When I began Machon Kaplan five years ago, displaced and more than a little confused, I never could have dreamed where the experience would take me - both into adulthood and into my Judaism, and, as a result, into myself. I can say definitively that Machon Kaplan changed my life for the better.

Every summer I wait for a new group of college students to invade the RAC and start their summer here. How will the program affect their lives and aspirations? Which ones of them will be like me? If you're a Jewish college student, I hope you'll apply now to find out how Machon Kaplan can change you, too.

My Machon Kaplan class poses outside the U.S. Capitol Building after a group trip to Capitol Hill.

My Machon Kaplan roommates and I pose together on our last night of the program.

My fellow Family Equality Council interns and I prepare for the 11th Annual Family Week. 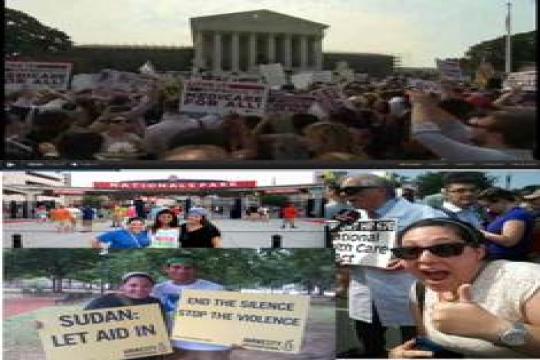 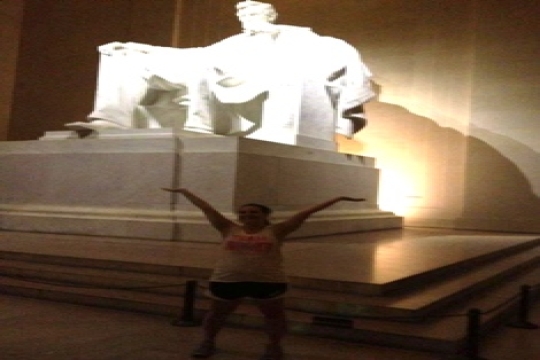 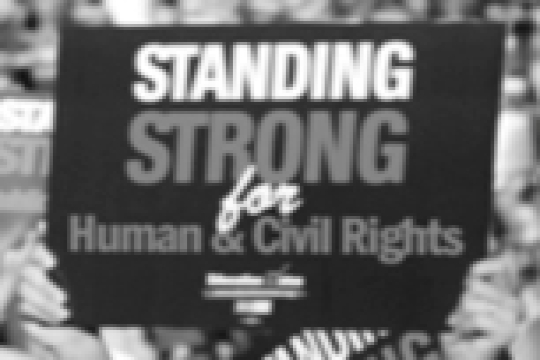