A Math Formula Can "Carry a Charge of Love" 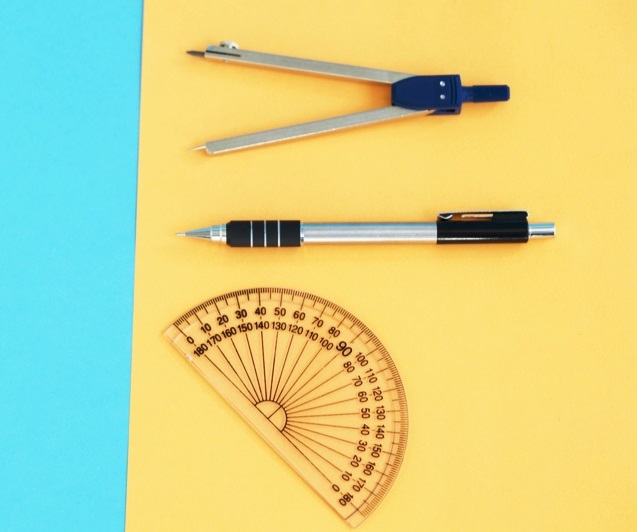 Judaism is filled with ritualized counting. From the seven ordered days of creation, to the repetition of forty throughout the Tanach (Hebrew Bible), to God's exhortation to Abraham to "count the stars, if you can count them…" Currently, we are in the midst of counting the Omer, the days from Passover to Shavuot. This counting is supposed to help us remember the time between the Exodus from Egypt and our receiving the Torah at Mt Sinai, and to reflect on the many connections between slavery, freedom, redemption, and revelation. During this time we celebrate these symmetries and ceremonially count aloud each day. For further mathematical inspiration, there are two recent books written by Jewish mathematicians: Love and Math by Edward Frenkel, and The Fractalist: Memoir of a Scientific Maverick, by Benoit Mandelbrot.

Frenkel, professor of mathematics at the University of California, Berkeley, addresses three main issues in Love and Math: his experiences growing up Jewish in the former Soviet Union, and the challenges that he faced pursuing higher education in math; his arguments for the beauty and wonder of math (and why more of the wider public should attempt to 'get into it'); and the basic details of his projects of unification theory on the Langlands Program. Lest any of that scare anyone off, Frenkel begins his book by stating,

This book is an invitation to this rich and dazzling world. I wrote it for readers without any background in mathematics. If you think that math is hard, that you won't get it, if you are terrified by math, but at the same time curious whether there is something there worth knowing – then this book is for you.

Frenkel encourages the reader to see math as something beautiful, which can be used to describe and study abstract objects and concepts, such as four-dimensional space. In Judaism, we constantly describe and study abstract objects and concepts (e.g., tzedakah, love, God). Bringing to mind the way medieval Jewish philosophers, such as Rambam and Gersonides, considered the study of physics to be part and parcel of their understanding of God, Frenkel writes,

We cannot imagine a four-dimensional space, but mathematics give us a universal language that allows us to talk about spaces of any dimension.

Love and Math delves primarily into two topics that Frenkel has studied extensively thus far: symmetry, and the Langlands Program. The field of mathematical symmetry groups goes beyond the aesthetic symmetry that we can see in things (e.g., butterfly wings and the human body), yet, as promised, Frenkel takes the reader through the basics of mathematical symmetry with simple graphics and clear explanations that highlight the wonder and beauty of mathematical exploration. Frenkel also worked for a time with the Langlands Program, part of a project started by Robert Langlands, emeritus professor of mathematics at the Institute for Advanced Study in Princeton. The Langlands Program brings together several different areas of mathematics, including harmonic analysis, automorphic functions, and Galois groups. Though that description is obviously reductively simplistic, Frenkel shows that it is possible – and even enjoyable – for the average reader to gain a basic understanding and appreciation of the outlines of the project. He writes, "Mathematics is as much part of our cultural heritage as art, literature, and music."

Benoit Mandelbrot, who died in 2010, is most well-known for his work in fractal geometry (he invented the term 'fractal'). As a fellow at the nascent IBM from 1958 to 1987, Mandelbrot used a computer to plot images of mathematical sets-one of the first people to do so. This led to the discovery of fractal geometry, which has subsequently had a significant impact on the study of "coastlines, clouds, turbulent eddies, galaxy clusters, trees, the weather, and others beyond counting." Images of fractals, both those generated by computers and those found in nature, are stunning and beautiful. Mandelbrot's memoir focuses less on actual math than Frenkel's, and more on Mandelbrot's extraordinary life.

The two men are linked not only by their mathematical brilliance and passion, but also by their experiences with anti-Semitism. Mandelbrot, who was born in Poland, lived in France for a time with his family in order to better hide from the Nazis. Mandelbrot, who was in his early teens at the time, remembers: "Our constant fear was that a sufficiently determined foe might report us to an authority and we would be sent to our deaths." Mandelbrot and most of his immediate family survived, and in 1958 Mandelbrot and his wife moved to New York, where he began to work at IBM.

In Love and Math, Frenkel recalls the excruciating humiliation and frustration he felt and being unfairly denied admission to Moscow State University's math program. He explains the pain of the "fifth line" on school forms, in which applicants had to fill in their "nationality," knowing that "Jewish" would mean an automatic rejection. When Frenkel showed up to take the entrance exam anyway, he was kept four hours past the other applicants, while each of his solutions was critiqued by the authorities who were looking for some minute, sometimes irrational, technicality – meaning, they were doing everything in their power to keep him out. Frenkel continued to study math, and through the publication of some of his papers, he was invited to Harvard in 1989 to study in their Ph.D. program.

Frenkel explains the connection he sees between mathematics and love, writing,

Someone said to me, 'Logic and feelings don't always get along...' When I talk about a connection between love and math, I don't mean to say that love can be reduced to math. Rather, my point is that there is a lot more to math than most of us realize. Among other things, mathematics gives us a rationale and an additional capacity to love each other and the world around us. A mathematical formula does not explain love, but it can carry a charge of love.

Some may argue that math tells us nothing about morality. But neither does music, per se, or art. Nevertheless, art and music can inspire us and help us appreciate all of the beauty of God's creation. Sometimes we can learn things from unexpected symmetries and patterns that will have an unforeseen impact on the way we view the world. The symmetry of creation stories, the whorl of a shofar, and the architecture of the ancient Temple – the math is a part of it, and can lend another level of understanding and appreciation. This is not a new idea: Maimonides, for one, wrote in the Mishneh Torah that one came to know, rather than merely believe, in the dogma of a divine creator, through physics.

In the beginning of his book, Frenkel writes, "math is freedom." Not only was it his pathway out of the anti-Semitic Soviet Union, but it was also a way for Frenkel to become universally understood, and to scale intellectual and creative heights. As one of his chapters is titled "Tree of Knowledge," it reminds us that math is included in all of the forms of knowledge that make us human and able to dream, create, and worship.

Rabbi Anne Perry lives with her husband Kevin in Orlando, Florida. She blogs regularly at Readingrabbi.com.