From Melancholy to Love: A Journey for the Jewish People and Me 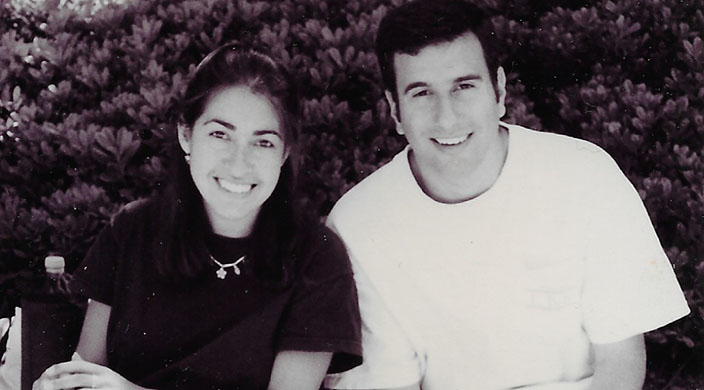 I first learned about Tu B’Av during the summer I began rabbinical school in 1996. On a basic level, I understood it to be one of those minor Jewish holidays that did not have a “real name,” but was referred to simply by its calendrical date – the 15th of Av. Clearly a post-biblical holiday. It was so minor that I could not recall commemorating it at URJ Camp Eisner, the Reform Jewish summer camp which up until that point was the only place in which I had observed Tishah B’Av.

Tishah B’Av – the 9th of Av – was a gloomy day of destruction, on which those who opted to fast at camp participated in optional study opportunities during mealtimes, and the entire camp joined together at dusk to sing melancholy versions of Psalm 137: “By the waters of Babylon, there we sat, sat and wept, as we thought of Zion.” We recalled this dark moment in our collective history as we sat by the lake amidst the flicker of lanterns created by the Israeli tzofim (scouts) on staff. We remembered the destruction of the Temple in Jerusalem, and learned about sinat chinam, the baseless hatred that roiled within and among the Jewish factions of two millennia ago. I came to know Tishah B’Av as a day marking the triumph of hatred and intolerance over love and understanding.

On Tishah B’Av of 5756, we read Eicha – the Book of Lamentations – in the beit k’neset (chapel) of Hebrew Union College-Jewish Institute of Religion in Jerusalem, and then joined the throngs who flocked to the Kotel, the Western Wall, as if to assert that oppression and exile were not enough. Am Yisrael Chai (The Jewish people lives!).

What better way to demonstrate the survival of the Jewish people than through ensuring a vibrant Jewish future. We learned that this was the traditional message of the upcoming holiday of Tu B’Av described as a sort of “Jewish Valentine’s Day,” a festival of love, a day on which matches were traditionally made.

It was Rabban Shimon ben Gamliel who suggested in the Mishnah (the first major work of Rabbinic literature), “There were no happier days for the people of Israel than the 15th of Av and Yom Kippur for on them the daughters of Jerusalem go out dressed in white and dance in the vineyards. What did they say: ‘Young man, consider whom you choose (to be your wife)?’… This is the giving of the law…This is the building of the Temple.”

For a moment, Tu B’Av paled in its spiritual significance in comparison with Tishah B’Av, until I once more recognized the brilliance of our sages of the rabbinic period, and the foundation they established for the future of Judaism in general, and more specifically the groundwork they laid for the eventual development of Reform Judaism. We could wallow in the past, remembering the destruction of the Temple, remembering what was, remembering what we had lost. Or, we could learn from the loss, look forward, and build for the future. Even in the pervading gloom of remembrance, I felt a sense of renewal and energy. Some might say it was the realization that I and my classmates were beginning our quest to engage and enhance the future of Judaism.

Only now, 20 years later, do I have the lens of perspective (and the pictures as evidence), that allows the full impact of the period to hit me. As I experienced each of these holidays, I became more aware of a presence that was consistently by my side. A young man with whom I had listened to the recitation of the words of Eicha, approached the Kotel, and explored our Jewish history. We grappled with Jewish texts and immersed ourselves in the Hebrew language and the vibrancy of modern Israel with all of her complexities.  And sometime between Tishah B’Av and Tu B’Av, slowly during those dark days of mourning, letting go of the past, and looking toward the future, we began to fall in love. 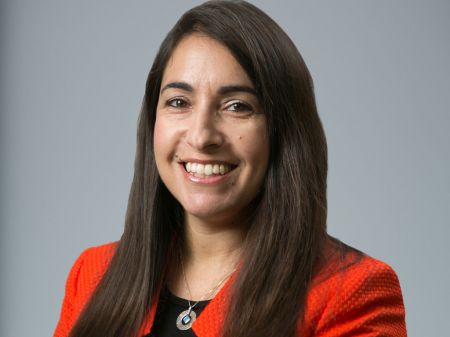 Rabbi Susan N. Shankman, a rabbi at Washington Hebrew Congregation, and an officer of the Central Conference of American Rabbis, is married to Rabbi Michael Namath, program director at the Religious Action Center of Reform Judaism. They recently celebrated their 17th wedding anniversary and this month are marking 20 years since they fell in love in Jerusalem.