Moses and the Mystics: Discovering Our Higher Purpose in Life 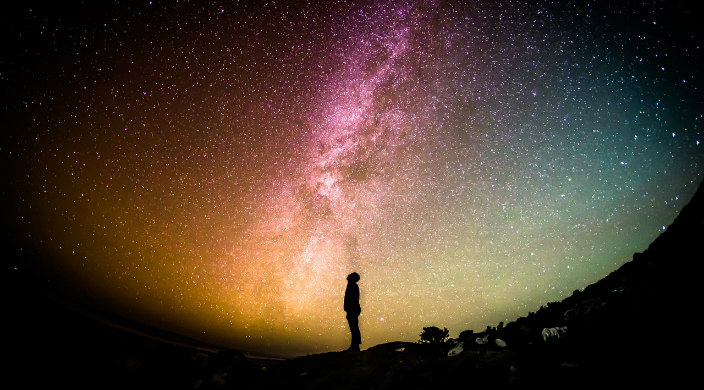 In the Torah, God says to Moses, “I will send you to Pharaoh, and you shall free My people, the Israelites, from Egypt” (Exodus 3:7). Moses feels inadequate to the task and complains that he is “slow of speech and slow of tongue,” but in the end, he overcomes his fears and accomplishes the task God chose him to do.

Moses’ divine mission was preordained. For most of us, however, discovering our higher purpose in life may require a leap of faith.

To complicate matters, according to the great Jewish mystic Rabbi Isaac Luria of Safed (1534-1572), it is the divine mission of every human being to repair some aspect of this broken world (tikkun olam) – and, here’s the kicker – no other person can repair what each of us has been uniquely empowered to do.

The Jewish mystics also understood that adversity, even tragedy, can hold the key to discovering one’s divine mission or calling.

To help us in this quest, let’s consider the lives of three individuals who discovered their higher purpose despite having endured great hardship.

Brooklyn-born Alan Rabinowitz suffered from a severe childhood stutter that kept him from speaking to people. But somehow he could speak to animals without stuttering.

One day, he made a vow to his pet animals and to the big cats at the Bronx Zoo: “If I ever stop stuttering, I will become your voice.”

When Alan finally overcame his stutter at the age of 19, he lived up to his promise and devoted his life to saving tigers, leopards, and jaguars from extinction. He became one of the world’s most celebrated wildlife conservationists. The New York Times dubbed him the “Indiana Jones of Wildlife Protection.”

In a Reform Judaism magazine interview, Rabbi Naomi Levy asked Alan if he’d ever thought about the parallel between his speech impediment and that of Moses. The thought had never occurred to him, but after some reflection, Alan came to the realization that the arc of his life revealed a higher purpose. “Stuttering gave me my life,” he told the rabbi. “It was a gift. I’m so grateful to have been born a stutterer, because that’s how I got to where I am.”

The renowned physicist and cosmologist Stephen Hawking learned at age 21 that he had ALS. Had he not have been stricken by this progressive neurological disease, he might not have actualized his potential as arguably the greatest scientist since Albert Einstein.

"Before my condition was diagnosed,” he said, “I had been very bored with life. There had not seemed to be anything worth doing." With the sudden realization that he might not live long enough to even earn his PhD, Hawking poured himself into his work.

Hawking famously advised his children: “Work gives you meaning and purpose, and life is empty without it.”

Or, as the rabbinic sages taught: “Labor ennobles” (Simeon b. Yohai, Talmud, Nedarim, 49b).

Gerda Weissman Klein survived a Nazi concentration camp and five-month death march. She married an American soldier, one of her liberators. The couple settled in the United States, where she founded Citizen Counts, an organization dedicated to teaching our children about the “immigrants who chose this country and have given meaning to its ideals.”

In the wake of the Columbine High School shootings, Gerda traveled to Colorado to try to bring healing to the grieving students. Sixteen-year-old Melissa Pillow told a Denver Post reporter that Gerda had left her "with this feeling of hope that love can overcome evil....If I can just love,” she said, “maybe I can make changes, even if only in one person's life."

Gerda Weissman Klein, Stephen Hawking, and Alan Rabinowitz, each in their own unique way, discovered what they had been uniquely empowered to do – and they did so with courage and grace.

May each of us discover our own calling.

END_OF_DOCUMENT_TOKEN_TO_BE_REPLACED

Judaism encourages us to awaken each day with thoughts of gratitude. I recite the Modeh Ani each day to thank the Divine for returning my soul. I was recently asked where our soul goes while we sleep. This poem is my response.
Education
Image