An Interview with the Israeli Superstar
October 22, 2019Jo-Ann Mort
Image 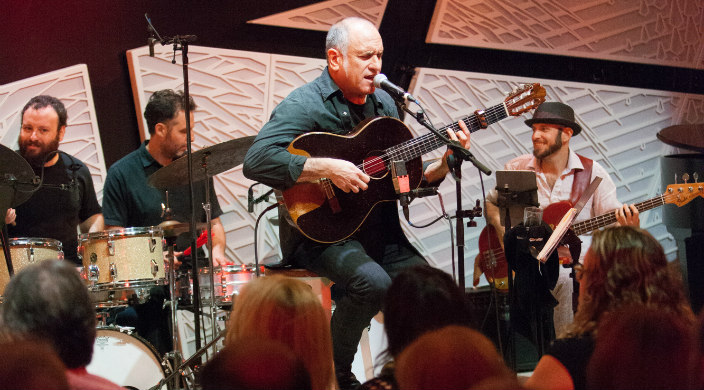 Described recently by Israel’s President Reuven Rivlin as "the best of the best,” singer-songwriter, peace activist, and native son David Broza has been charming audiences around the world with his folk, rock, and blues music for more than four decades. Just in time for David's appearance on ReformJudaism.org's weekly podcast On the Other Hand: Ten Minutes of Torah, I sat down with him to talk about Israel and his music and peace-making endeavors.

ReformJudaism.org: How does music bridge the divide among the various "tribes" in Israeli society?

David Broza: Music is the most common and popular form of communication. Regardless of religion, creed, color, or political views, music and songs can have a positive effect on people, bonding them together. Especially when performing together, the beat and the harmony must align. Otherwise, you can lose control.

Why do you think your music is appreciated across various sectors in Israel – both secular and religious, Jewish and Arab?

I cannot say why, or if, indeed, it is appreciated across the various sectors in Israel’s society. I am very appreciative and grateful that it is received so widely.

How would you characterize Israeli music today?

Israeli music is the most diverse music I know. The fact that so many Jewish people from diverse backgrounds live side-by-side in Israel – let alone inter-marry – is the source of the uniqueness of Israeli music. There are so many different Jewish roots mixing together in Israel – the East meets the West, European meets North African and Eastern European ... diversity is everywhere!

Can you describe why your musical performances frequently include both Jewish and Palestinian musicians?

I make a point to include all styles and types of musicians when I perform. It reinvigorates and broadens my music. These days, for example, when I perform in the United States, Cuban musicians accompany me.

Can you talk about the youth work you do?

I have always tried to volunteer and contribute in any possible way to help underprivileged kids and their delinquency. In the last few years, I did this with youth in the Palestinian refugee camp of Shuafat in East Jerusalem.

More recently, I created a nonprofit foundation called One Million Guitars, that distributes guitars to underprivileged kids from 8 to 10 years old. Then, we provide them with guitar lessons for two years at the end of which they earn a guitar. This program currently is operating in the United States and Israel.

To learn more about, David Broza, visit his website.

END_OF_DOCUMENT_TOKEN_TO_BE_REPLACED 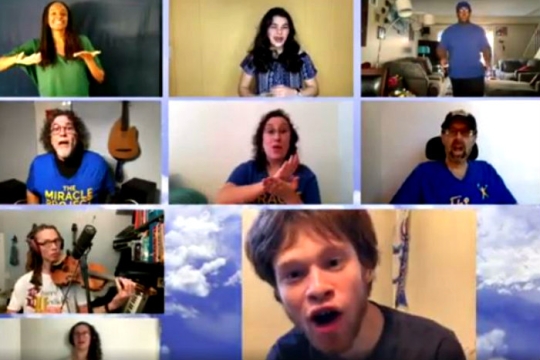 “of One Breath”: A New Song and Video Represents the Way the World Should Be

I want everyone to hear the poetry of these young people’s lives; they are about joy, accomplishment, and love. And I want others to join them. The lyric “We know we are whole” means all of us; the glue uniting us is God’s breath that we all have inside and deserves to be heard.
Arts and Culture
Image 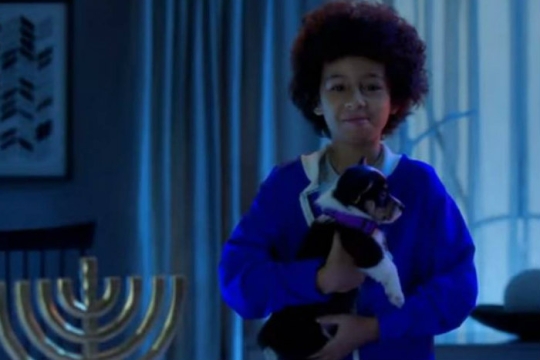 This adorable new Hanukkah jam, replete with rapping kids, a bit of klezmer music, and gift-wrapped puppies at the end is exactly what we needed to bring much-needed light and levity to a difficult year.
Arts and Culture
Image 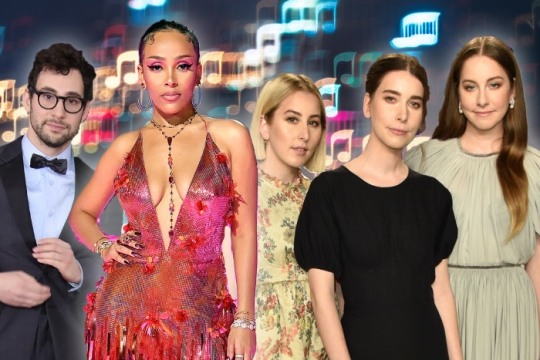 The 2021 Grammy Awards: All This Year's Jewish Nominees

Ranging from the sister rock band Haim to comedian Tiffany Haddish, these are the Jewish artists who made the biggest impact on the recording industry this year.
View More