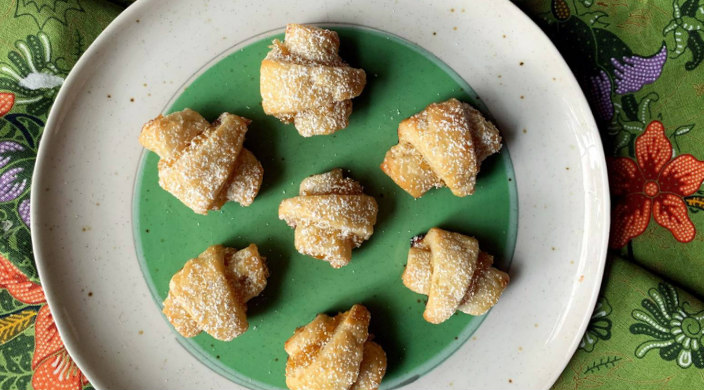 When we began planning our wedding, I, an avid DIYer, was set on making our wedding cake. From the start, my mother was hesitant of the idea, and as the details of the wedding day fell into place, I reluctantly concluded that she was right (as usual).

Instead, I settled for baking hundreds of pineapple tart rugelach, the marriage of a Peranakan pineapple tart and a Jewish rugelach. These cookies were one of the first ways I celebrated our multiracial and Jewish family through cooking, paying homage to my mother’s Peranakan roots and my husband’s Ashkenazi heritage.

Pineapple tarts are popular in Singapore, not only during the Lunar New Year but also Deepavali and Hari Raya (holidays also known by the names Diwali and Eid al-Fitr, respectively). Growing up, I spent my summers at my grandparents’ home in Singapore, and when our school schedule allowed, I visited during Lunar New Year. I have fond memories of aunts, uncles, and cousins (and cousins of cousins!) streaming in and out of my grandparents’ home with Teresa Teng karaoke on repeat in the background and a jar of pineapple tarts on the table.

Pineapple tarts are conveniently sold everywhere in Singapore during the festive seasons, and you can easily pick them up from hawker centers, department stores, and bakeries. Here in the United States, though, I have accepted that if I really want pineapple tarts, I have to make them myself.

One of my favorite things about digging into a recipe is learning how a single cookie can connect us to generations past as a tangible link to a time and place in our history.

Pineapples, introduced by the Portuguese to the Malay peninsula in the 16th century, adapted well to the soil and proliferated in their new environment. Pineapple tarts were the creation of the Peranakan community, a unique blend of Chinese and Malay cultures, with four centuries of colonialist influence by the Portuguese, Dutch, and British.

Peranakan recipes are usually quite labor-intensive, and this is no exception. Pineapple is peeled, grated, boiled, and simmered with star anise and cinnamon until it is reduced down to a thick jam, then mounded on top of an intricately crimped butter pastry.

Meanwhile, on the other side of the globe, Jewish communities in Eastern Europe were rolling out rugelach dough, sprinkling each wedge with raisins and walnuts and twisting them into little crescents.

The rugelach as we know it today in North America holds within it one particular path of Jewish diaspora history. Rugelach dough in Poland, Ukraine, and Russia was originally made with yeast, but Jewish bakers from Eastern Europe, who had carried their recipe across the ocean to the United States, replaced yeast with cream cheese, which became widely available in America in the late 1800s. This changed the texture of the pastry to a shortcrust rather than a yeasted dough.

This yeast-less cream cheese dough turns out to be the perfect partner for our pineapple jam because of its crumbly and flaky texture, quite similar to the dough used for traditional pineapple tarts.

The great thing about this recipe is that you can bake these in advance and store them in the freezer, which is exactly what I did for our wedding. Our wedding day was free from the stress of troubleshooting buttercream frosting last minute (thanks Mom!), leaving more time to enjoy the day with our friends and family. 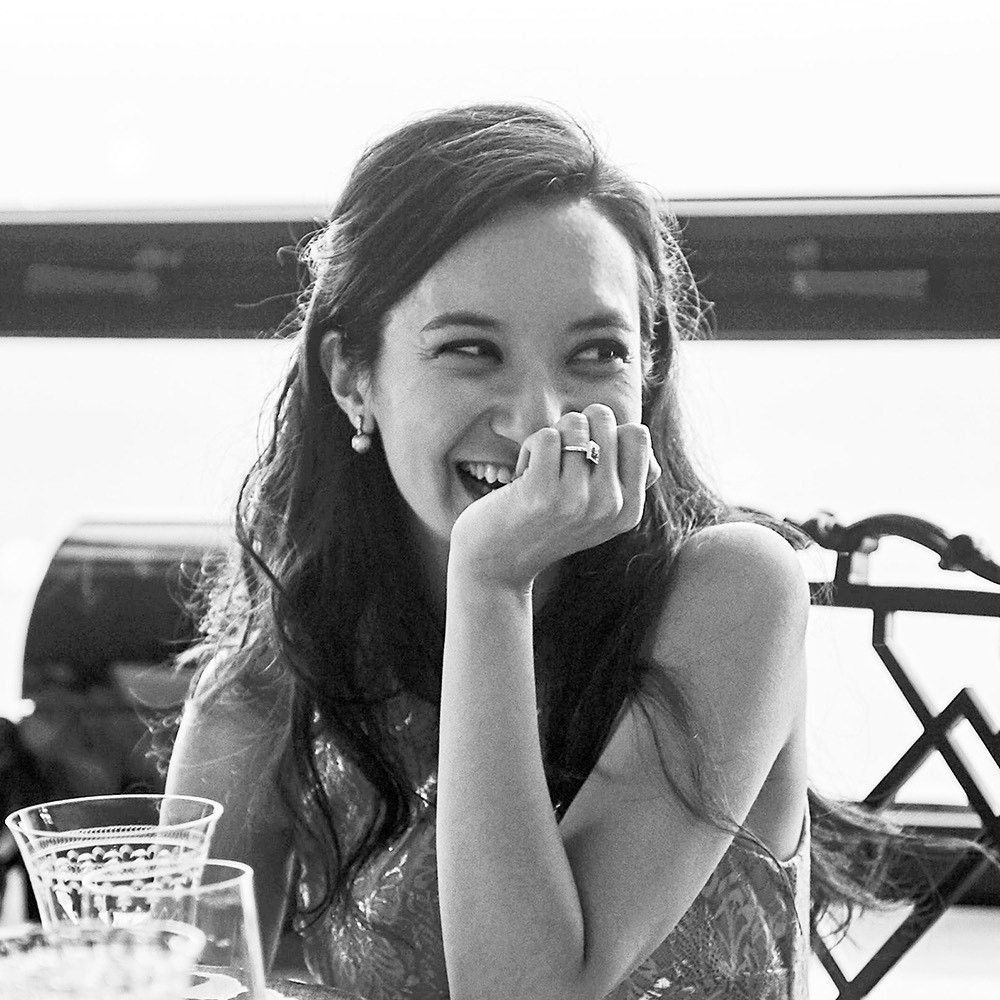 Lauren Monaco Grossman is a graphic designer and illustrator by day and amateur cook, baker and ice cream maker by night. She graduated from Washington University in St. Louis, where she studied communication design and Jewish studies. She spends her free time watching her sourdough rise and drawing pictures of food.

END_OF_DOCUMENT_TOKEN_TO_BE_REPLACED

Beejhy Barhany (she/her) is an entrepreneur and activist who was born in Ethiopia, raised in Israel, and currently resides in New York. Today, she is the chef and owner of an eclectic Ethiopian restaurant in Harlem, New York, Tsion Café, that incorporates cuisine from the many places that have influenced her journey.
Jewish Life Around the World
Image