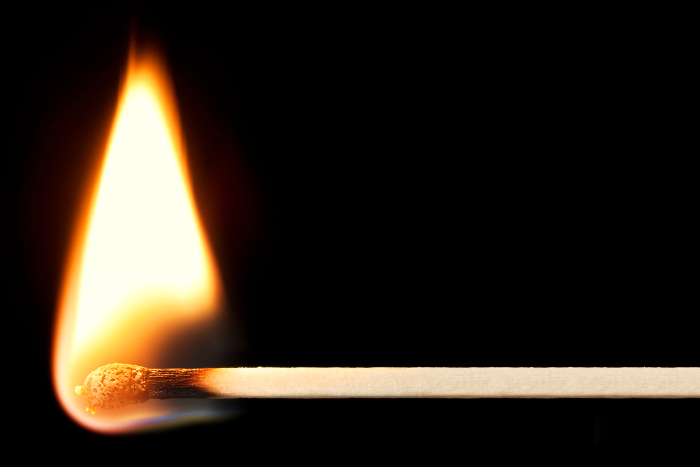 “And I will take you to be My people, and I will be your God. And you shall know that I, Adonai, am your God who freed you from the labors of the Egyptians.” (Exodus 6:7)

When did we Jews become a people? In Parashat Sh'mot, we were mentioned as a people when Pharaoh claimed that the “Israelite people are much too numerous for us.” (Exodus 1:9) This verse might signal the first propaganda-based fake news. And ind in last week’s Parashat Va-eira, we officially solidified our status as a people in forging a covenant with our God (Exodus 6:7) at Mount Sinai. So now we are a people – mazel tovmazel tovמַזָּל טוֹבLit. "a good star." Colloquially, "congratulations." !

According to Rabbi Joseph Soloveitchik, one of the key figures of 20th-century American Orthodox Judaism, in his landmark book Kol Dodi Dofek (The Voice of My Beloved Beckons), this verse embodies what he called “the covenant of fate” – Brit Goral – which he taught is an essential part of being Jewish.

Originally, the purpose of our becoming a nation was to set us apart, to distinguish us as uniquely monotheistic and living according to our own rules and precepts. We were “a ‎nation dwelling alone, not reckoned among the nations” ‎‎(Numbers 23:9), so the Torah relates. But, as Rav Soloveitchik reminded us, we regard our nationalism as a unifying factor for our people, as he wrote:

“We are all in the realm ‎of ‎a shared fate that binds together the different strata of the nation and does ‎not ‎discriminate between classes and individuals. Fate does not distinguish between nobility ‎and ‎common folk, between rich and poor, between a prince dressed in royal purple velvet and a ‎poor ‎man who goes begging from door to door, between a pious Jew and an assimilationist. ‎Even ‎though we may speak a mix of different languages, even if we are citizens of different lands, ‎even ‎if we look different (one being short and black, the other tall and blond), even if we live ‎in ‎different economic systems and under different living conditions (the one living in a royal ‎palace, ‎the other in a humble cave), we have but one fate. … “All Israel are bound together (haverim)” (TB Sotah 37a). We are ‎all ‎persecuted, or we are all saved together.‎”

The formulation of communal structures based on national groupings created a hierarchical model in which privileged citizens dominated over foreigners. While every national group assumes a mandate to act in the interest of its own citizenry, our Jewish values informed our sense of nationhood that was different from other nations, as it is written:

“One Torah and one rule of law shall apply to you and to the stranger who resides among you.” (Numbers 15:16)

We know that nationalism can turn ugly. In the 20th century, we Jews witnessed horrifying versions of extremist nationalism with the rise of Nazism, fascism, and terrorism. We have, on occasion, also seen extremist nationalism rear its ugly head in the Jewish State. We witnessed it again this month when angry rioters violently infiltrated the U.S. Capitol building under the guise of acting in the interest of their extreme nationalist and white supremacist ideology.

In Hebrew, the differences are more starkly characterized by specific terms to describe two different aspects of nationalism, leumiut and leumanut. Leumiut directly translates to “nationalism,” the principle that a nation charts its independent course, cultivates its traditions, and pursues its interests without interference.

Leumanut connotes something very different. This term carries a jingoistic, chauvinistic, supremacist, and extremist brand of nationalism. It acts only in its own self-interest and to the exclusion and detriment of the best interests of other nations, ethnicities, and groups. Leumanut is the antithesis of liberalism and progressivism. It has led to the fascist ideologies of Nazism and other racist/supremacist movements.

To describe this unhinged nationalism, George Orwell, in 1945, wrote with prescient vision about what would come:

“By ‘nationalism’ I mean … the habit of identifying oneself with a single nation or other unit, placing it beyond good and evil and recognizing no other duty than that of advancing its interests. Nationalism is not to be confused with patriotism… By ‘patriotism’ I mean devotion to a particular place and a particular way of life, which one believes to be the best in the world but has no wish to force on other people…”

Orwell explained the dangers of nationalism, in that a nationalist “thinks solely, or mainly, in terms of competitive prestige.” The way a nationalist’s “thoughts always turn on victories, defeats, triumphs, and humiliations.”

Orwell’s “nationalism” aptly describes Trumpism. This “nationalism” is what every citizen of the world must protect one’s nation against. We, Americans and Jews, must be vigilant to avoid the steep slippery slope from leumiut to leumanut.

In his preeminent book Imagined Communities: Reflections on the Origins and Spread of Nationalism, Benedict Anderson walks the fine line between civic and supremacist nationalism:

“Nationalism isn’t a religion, but it’s closer to religious belief systems than to modern political ideologies.”

Given this similarity, it’s worth pointing out that when Europe transitioned from religious rule in the 19th century, nationalism swept in and became the new favored “ism” of the time – including Jewish nationalism, or Zionism.

Mordecai Kaplan coined the term “Peoplehood” as an alternative to both “nationalism” and “Judaism.” He meant it to be the articulation of our “ethnic consciousness.” Kaplan intended for us to understand that what makes us a People or a Nation in the modern world, like Soloveitchik, means not only a covenant begun at Sinai between God and the people, but a history, Land, culture, ethics, faith, and language. He rejected the secular nationalism of the Israeli reality and the reductionist American understanding of Judaism as a faith and religion.

“Zionism is a movement to redeem the Jewish People and regenerate its spirit through the reconstitution of Jewish Peoplehood and … it has to give the individual Jew the feeling that participating in that interdependence and interaction makes him/her more of a person.”

Last week in Torah, we became a people. Today we must affirm that our Peoplehood represents an utter rejection of leumanut – a denunciation of superiority and supremacy. Rather, being a people must be for us Jews a dialectic between the spiritual and the national, universal values and familial loyalty. Like Kaplan’s, our Peoplehood is a path toward a deeper sense of wholeness and tikkun (restoration) for ourselves and our world and a way for us to stand up in the face of the dangers posed by an unhinged nationalism.

END_OF_DOCUMENT_TOKEN_TO_BE_REPLACED

Some of the best stories from our tradition involve a question presented on one level that is answered on a completely different and surprising level.
Israel
Image

Nearly two months ago, our Just Zionism group landed in Israel as the election to cement a far-right government in the Knesset was taking effect. When we landed, I had a surface-level understanding of Israeli politics but was about to get a crash course on the election's implications for the activists who were heartbroken by the results.
Jewish History
Image

I've been reflecting on the story of America's founding - the narrative many of us learn as children in the United States. I've recently learned a different version of that story - one that I now recognize intertwines with my own. My identities as Cuban American and Jewish have been shaped by Indigenous stories in America and in Cuba; particularly the themes of beginnings, loss, transformation, and change.
View More