One God, No God, Idolatry, and More 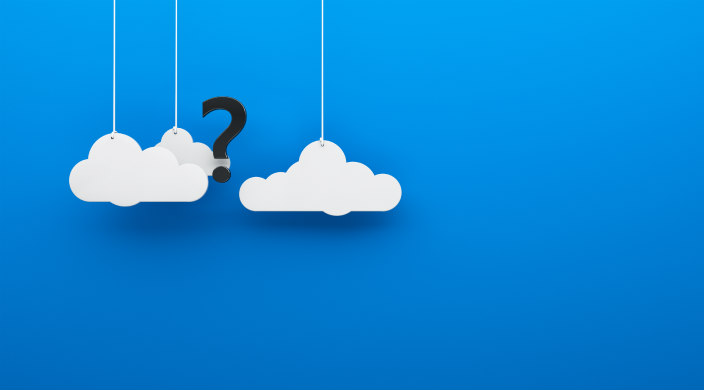 Scott A. Shay, founder of Signature Bank, is an entrepreneur, thought leader, Jewish community activist, and author of two books: Getting Our Groove Back: How to Energize American Jewry and In Good Faith: Questioning Religion and Atheism, a National Jewish Book Award finalist and voted one of the best books of 2018 by Mosaic Authors. I sat down with Scott to talk about bridging the divide between atheists and believers.

ReformJudaism.org: You write that your father survived the Holocaust but was angry with God. How did his experience influence your own thinking about belief in a just and merciful God?

Scott Shay: My father weighed 60 pounds when he was liberated at Dachau by the U.S. Army, which helped him on a yearlong road to physical recovery. He knew that there had to be a God because it took miracle after miracle to get from Sveksna, Lithuania, to Chicago, to having a wife and a son.

On the other hand, what kind of God would let his father, his brothers, his uncles, and just about everybody he knew back home be murdered by the Nazis as neighbors looked on and did nothing? Though we rarely talked about these things, I knew that, despite regularly attending synagogue,  he did not pray, though he did hold fast to his Jewish identity.

There's no full answer to how God could have let the Holocaust happen, but the thoughts I express in my most recent book are more or less consistent with my father’s view that just as human beings were not merciful, God was not merciful either. Had human beings shown mercy and acted, God would have been there, and those actions would have had a tailwind.

Who were your most influential Jewish teachers?

While there are many, I’ll name two. Nehama Leibowitz, whose class I audited as a year-abroad student at Hebrew University, greatly influenced how I read the Bible and relate to God. I learned from her to closely interrogate every word, story, and contextual allusion for discrepancies, inconsistencies, and parallels elsewhere in the Bible, in ancient literature, and in modern thought. She made the philosophical, ethical, and psychological dimensions of the text come alive for me.

Rabbi David Silber, of the Drisha Institute for Jewish Education (an inclusive beit midrashBeit midrashבֵּית מִדְרָשׁ“House of study.” A synagogue or gathering place that is a dedicated study space. A synagogue is also called a beit k’neset (a house of meeting/assembly) or a beit t’filah (a house of prayer).   in New York City), my teacher in the Wexner Heritage Program also taught me to read the Bible critically and to take a close look at the ethical dimensions of each story. I learned from him not to fear tough questions or contradictions in the text and that reason is not the enemy; it is essential to reading the text and wrestling with God.

What do you think atheist writers like Richard Dawkins get wrong in their attack on religion?

They incorrectly equate monotheism with idolatry. Their criticism of religion as being irrational and immoral should be aimed instead at idolatry, which places super authority or power in the hands of finite beings and things. Idolatry is the true root of evil because it promotes lies in pursuit of selfish and unjust ends.

Monotheism emerged as a revolutionary rejection of idolatry, replacing its irrationality, deceptiveness, and injustice with a rational and just view of God and the world. The Bible’s prohibition against idolatry is arguably its primary contribution to humanity.

You have said that idolatry is the default mode of humans. Given this tendency, how did biblical law keep powerful people in check?

Recognizing that humans are fallible and tend to self-deify, the Torah limits human power. Israelite kings were required to keep a Torah at their side, and they were subject to a system of checks and balances comprised of the Temple priests; an independent and self-sustaining judiciary, the Sanhedrin; the prophets, who were the equivalent of today’s independent media; and ultimately the people, who had veto power over the king.

What do you say to those who blame the world’s ills on religious leaders who claim to be acting in God’s name?

Monotheistic cultures and individuals are not immune from falling into idolatrous patterns. Any individual who assumes the role of God’s sole spokesperson is breaking the Torah’s third commandment, "You shall not take God’s name in vain," the only commandment for which there is no redemption. The rabbis taught us to be very wary of anyone who declares himself or herself a prophet.

In the five years of researching and writing this book, did you come away with anything surprising or unexpected?

I pray differently now. My daily conversation with an omnipotent God requires absolute honesty. There's nowhere to hide. The light of truth is so harsh and so bright that I sometimes cringe at myself. Being completely honest with myself is really hard. I’m not saying I’ve gotten there, but it has truly been transformative.

For more about Scott Shay and his work, visit his website.

END_OF_DOCUMENT_TOKEN_TO_BE_REPLACED

A camel carrying a load. A golden pair of balanced scales. An open heart and an open mind. These are three of more than two dozen artists' visions of justice and righteousness featured in the invitational exhibition, "Tzedek Boxes: Justice Shall You Pursue."
Torah Study
Image

Some of the best stories from our tradition involve a question presented on one level that is answered on a completely different and surprising level.
Film
Image