Our Job is to Prevent Gun Violence 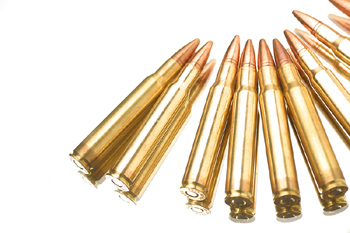 The utter horror of the murderous shootings at Sandy Hook Elementary School in Connecticut remains in all of our minds and has rightly propelled us into a critical dialogue that we hope will produce real action after so many years. And the problem has been with us for many years. Much of the time, families and communities – especially in our inner cities – have fought on the front lines against gun violence without much attention from the rest of society. Now, with the alarming and increasing regularity of mass shootings – every couple of years it seems – like those in Newtown and Aurora, it should be clear to all of us that gun violence is our collective problem as a nation, and must be addressed in all of its forms.

According to a report from Slate, since the shootings in Newtown, there have already been more than 3,500 gun deaths across America. Other industrialized nations cannot fathom our level of gun violence. In one year, Germany had 158 homicides by firearm; Canada, 173; the UK, 41; and, Japan…11. The United States? More than 10,000. Even adjusting for population, we are still exponentially more prone to gun violence. No one can dispute that such violence is an epidemic, and it is one that we must confront head on.

As you all know, earlier this month, in a terrible and shameful display, the Senate voted against a series of amendments designed to address various areas of gun control. The Senate even voted down the bipartisan Toomey/Manchin compromise to expand background checks – a piece of legislation that already fell short of making background checks universal or of plugging all of the many loopholes exploited by criminals to get firearms. Even that modest compromise could not pass.

Wednesday’s votes were a truly outrageous display of Congress at its worst. The level of hypocrisy and propaganda was extraordinary. Part of it we can explain by pure political cowardice; or, put more charitably, by cut-and-dried political calculations in which Senators believed their votes would determine whether they would hold onto their seats in the coming elections.

But, of course, what we saw was the NRA, and other pro-gun organizations, flexing their muscles, and lying, and exploiting fears in order to gain leverage. This is a textbook example of self-serving interests using political pressure to betray the will of the majority, and it’s truly unconscionable – both for the interests bucking the will of the people, and for legislators succumbing to that pressure.

The fact is that most people agree that we should not allow felons and the mentally disturbed to buy guns. Nearly 90% of Americans support universal background checks, including most members of the NRA.

But, let’s be clear: this is not about hunters, who don’t need semi-automatic rifles with huge-capacity clips. This is not even about millennialists who imagine that their armed-to-the-teeth militias will be the only line of defense against an inevitable invasion by government forces – they are too small a minority, even if they are a particularly vocal one.

And it’s not even a question of strict interpretation of the 2nd Amendment. After all, in 2008, when the Supreme Court struck down Washington, D.C.’s handgun ban, Justice Scalia wrote in the majority opinion that:

Like most rights, the right secured by the Second Amendment is not unlimited.

The 2nd Amendment does not confer a right to keep and carry any weapon whatsoever in any manner whatsoever and for whatever purpose.

Nothing in our opinion should be taken to cast doubt on longstanding prohibitions on the possession of firearms by felons and the mentally ill, or laws forbidding the carrying of firearms in sensitive places such as schools and government buildings, or laws imposing conditions and qualifications on the commercial sale of arms.

That is to say that, even the current Supreme Court would not back an absolutist view of the 2nd amendment.

No. The reality is that the recent lobbying blitz was not directed by the vast majority of NRA members or gun owners or 2nd Amendment absolutists. It was directed by gun manufacturers, whose only aim is to make profits selling guns, to hell with the consequences. The Senate voted to protect the profits of the firearm industry instead of the lives of the American public.

Well, where does all of this leave us now, as we are still stung by an ugly defeat, with the memory of Newtown and so much senseless violence fresh on our minds?

Call me naïve, but I still have real hope.

We now have a President who is on the right side, who is as outraged as we are, and who is willing to expend precious political capital to get something done.

What’s more, the elections of 2012 showed the NRA to be somewhat of a paper tiger, a force whose legendary influence over elections may be partly myth. Clearly, last week’s vote shows the perception of the gun lobby’s strength, but recent electoral numbers suggest that they may no longer have the mass support to back it up.

But, we are now in a moment of regrouping and reassessing, and we must settle in for a long battle to make the real change that the American public demands, and that our safety requires. The national campaign to create reform must now make good use of our powerful allies, of the large majority of Americans who want change, and of the rising gulf between the NRA and its rank-and-file members. And we must abolish the Senate filibuster once-and-for-all so that a minority does not hold sway over the majority on each and every vote. Then we will have an opportunity to get more than just the minimum compromise that is acceptable to gun manufacturers.

Here are the most important bills that we must continue to vigorously push:

And there’s a lot more we can do. We can crack down on straw purchasers and trafficking; improve school safety and mental health services; restore real enforcement powers to the ATF; require liability insurance for gun owners; make gun manufacturers and gun dealers liable for negligence for the destruction that their products inflict on innocent people; and so on.

If you ask me, every one of these measures is a necessary and commonsense step to protect Americans – on our streets, in our schools, in the workplace, at home – from preventable and tragic gun violence. Our job now is to continue to educate our colleagues, friends and neighbors about the need for legislation to prevent gun violence, to counter the stranglehold of the NRA on vulnerable legislators, and to pass the strongest legislation we possibly can.

It’s our duty as responsible Americans who want to live in a peaceful, safe, and truly free society. Frankly, people around the world look at our society and wonder how we, the United States of America, can tolerate 10,000 gun deaths per year. And we should wonder the same thing.

Congressman Jerrold “Jerry” Nadler represents the Tenth Congressional District of New York. Starting in the New York State Assembly in 1976 for 16 years, he was then elected to the U.S. House of Representatives and has served in Congress ever since. Rep. Nadler, who was re-elected to his eleventh full term in 2012, is one of 22 Jewish members of the United States House of Representatives.