Out of Minutes, But Not Out of Prayers 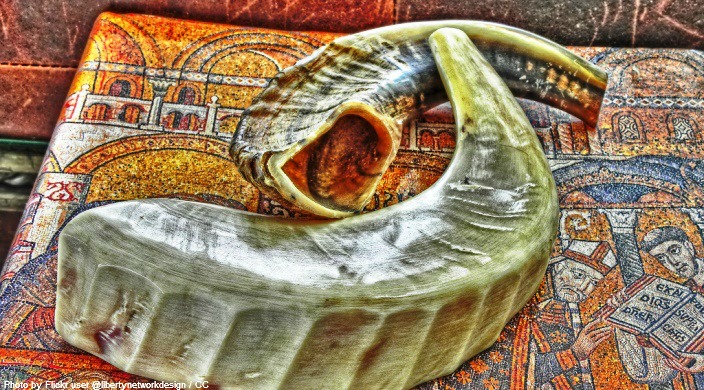 Last month, I received this "Voice Use Update" email message from my cell phone company:

So far you've used 100% of your 450.0 voice minutes for the billing period ending on 08/27/2014. But with Rollover®, there's no need to worry. Your current balance including Rollover® is 1984.0 minutes. If all the minutes are used before the next billing period and are not covered by calling features such as Rollover®, Night & Weekends, or Mobile to Mobile, you will be billed at the overage rate associated with your plan.

The email was a first for me, and it boggles my mind that I blew through seven and a half hours of talk time in fewer than 30 days. More to the point, I'm troubled that I perhaps did so without saying much of substance in all those minutes of talking.

Indeed, the communiqué reminded me of just how much our lives overflow with excess. We're flooded with unlimited talk, text, and data on our phones, continuous status updates, tweets, and Buzzfeed lists on our computers and tablets, and 24/7 news and political commentary at every turn. We talk and text endlessly, shop and buy incessantly, and supersize our fries and soft drinks as if consuming all that fat, sodium, caffeine, and sugar will bring us some magical, long-sought-after fulfillment.

I have learned, however, that neither electronics nor shopping nor any of a hundred other things I might try in an attempt to slow down the daily frenzy are particularly helpful in doing so. As a regular worshipper, though, I do find that the weekly communal prayer experience and some of the beautiful readings in our siddur (prayer book), Mishkan Tefila, speak effectively to me each Shabbat, not only providing much needed spiritual contentment, but also significant "staying power" that sustains me throughout the week that follows.

As we approach the High Holidays, I believe that likewise, Mishkan HaNefesh, the Reform Movement's still-being-developed machzor (High Holiday prayer book), which my congregation will use this year, not only will provide me with spiritual challenge worthy of the season, but also "staying power" for the year ahead.

With a heightened sensitivity to the ever-increasing excesses and overindulgences in our world, I was especially struck by two passages in Mishkan HaNefesh. Both are alternate readings, which are found on the left-hand pages of the prayer book. The first passage - words of wisdom from Pirkei Avot, specifically from Shammai, an early first century BCE rabbi and contemporary of Hillel - details Shammai's perspective on the relationship between words and actions, which he substantiates with a biblical passage from Genesis:

Shammai said: Say little and do much.

"Let me fetch you a morsel of bread," said Abraham to his guests (Genesis 18:5)-but instead he gave them a sumptuous meal. Rabbi Eleazar said: This teaches that righteous people promise little and deliver much, while the wicked promise much and deliver nothing.

Indeed, Shammai's teaching is a powerful reminder that, as might be said in today's parlance, "talk is cheap" and "actions speak louder than words."

The second passage, a poem by Patricia Winters, addresses wastefulness and excess, reminding us that the power to curb our profligacies and restrict our use of resources - whether trivial or substantial - is a gift from God:

Giver of life and all good gifts:

Grant us also wisdom to use only what we need;

Courage to trust your bounty;

Imagination to preserve our resources;

And inspiration to sustain through temptation.

Although Shammai's words are ancient and Winters' modern, both speak eloquently and meaningfully about overindulgences in the 21st century. Read carefully and mindfully, the passages leave us with lessons that we can apply to our own lives and actions, throughout the new year and beyond.

At this season of new beginnings, may your communal prayer, together with the personal prayers of your heart, and the words on the pages in the prayer book - no matter which one you use - speak to your deepest self, providing challenge, meaning, and inspiration to carry you through 5775.