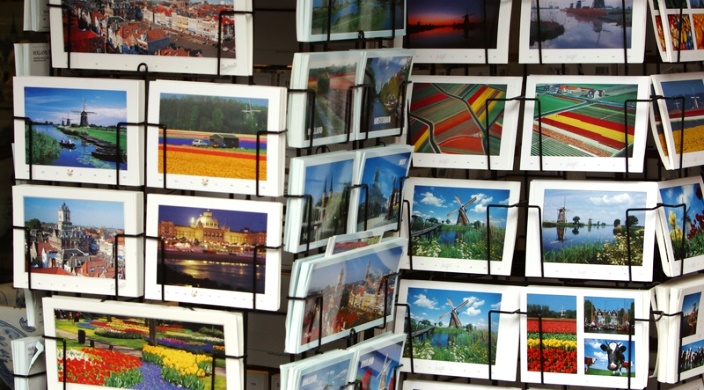 Twenty-first century synagogues and organizations seeking to engage the next generation of Jewish leaders can learn a lot from the early Zionists. The promotional materials that the Jewish National Fund (JNF) once created to encourage thousands of Jews in Europe to settle in Eretz Yisrael were based on unique cultural developments that were being created amidst the convergence of multiple Jewish communities. These ideas serve as a model for modern communities who seek to attract new members and develop innovative programming.

JNF quickly realized that they could send additional messages on postcards with a carefully chosen design and began printing postcards that showed aspects of life in the new Palestine, including images of pioneers working the fields.

At the same time, folksongs began to emerge as a manifestation of the bold and carefree spirit of Eretz Yisrael. Although some of these songs incorporated elements of popular European music, the Zionists were creating a musical genre that was different from what anyone had ever heard before. This YouTube clip shows an example of one these melodies: Daniel Sambursky’s “Shir HaEmek” (“Song of the Valley”), as sung by the composer on a kibbutz.

In 1930, JNF began printing these folksongs on postcards. The postcards were not created with performance purposes in mind; rather, the hope was that they would serve as a tangible representation of new cultural developments in Eretz Yisrael. The melodies were less important than the themes and ideals they represented. Watch the first few minutes of this YouTube clip featuring “Saleinu al Kt’feinu” (“Baskets on Our Sholders”), a song for Shavuot, followed by “Mi Yivneh Bayit” (“Who Will Build Me a House”), a song that encourages settlement in Tel Aviv and other communities of the new Palestine.

Two months after publication, the first series of approximately 5,000 postcards was sold out. By the beginning of 1935, a total of five series had been published and sold, featuring 52 new Israeli songs. The success of the postcards is likely a result of the fact that they create the illusion of oral tradition in a land that has been experiencing growth over mere decades, as opposed to generations.

The JNF postcards went “viral” beyond the mailbox when a German musicologist, Hans Nathan, used the melodies to inspire nationalist art music unique to Eretz Yisrael. Nathan sent letters to several of the most distinguished Jewish composers of his time, including Kurt Weill, Aaron Copland, and Stefan Wolpe, hoping that they would arrange several of these pieces for piano and voice. These arrangements brought the music and culture of Israel to the international concert stage, inspiring many of the composers to visit and/or live in Israel and contribute to the growing cultural development of the Jewish homeland.

Here is Kurt Weill’s arrangement of "Shir HaEmek" and Stefan Wople’s "Salenu al Kt’feinu," which I sang in 2013 with Joyce Rosenzweig on piano. Listen and compare them to the original versions you heard in the YouTube videos.

The JNF postcards had a direct effect on encouraging those Jews who were drawn to Palestine because of their desire to be part of a spirited movement of pioneers and new cultural developments. Other families made aliyah (moved to Israel) because of personal connections in Eretz Yisrael. These are not unlike the paths that many contemporary Jewish take when choosing a synagogue community.

Postcards were a primary means of communications during the 1920s and ‘30s, but over the decades, postcards became 140 character Twitter postings – our modern way of communicating lots of information in a concise format. Today, Facebook, Twitter, and Instagram are the major modes of communication, and as such, many of today’s congregations use social media platforms in their synagogue recruitment and programming strategies.

Today’s Jewish communities can follow the model set forth by JNF’s postcards by recognizing that the ways we connect are constantly evolving, especially in today’s high-tech society. To engage the next generation of Jewish leaders, we can monitor these developments and apply them toward building and sustaining relationships within our Jewish communities.