Purim, the Bible, and a Vengeful God 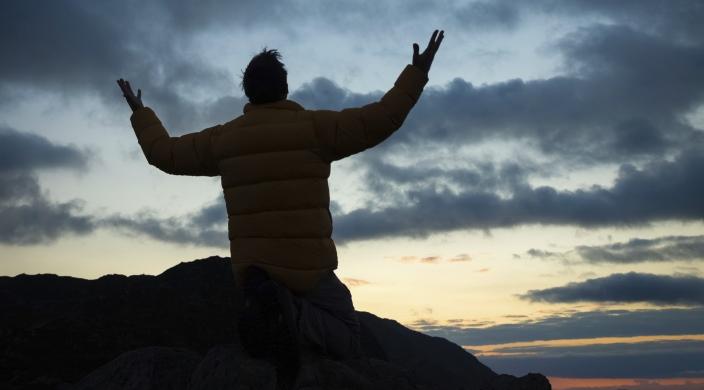 Cruelty and bloodshed abound in the Bible as, for example, the Pharaoh's ruthless treatment of his Israelite slaves and Moses' vengeful slaying of the Egyptian taskmaster in the Passover story. But one biblical story in particular dismayed theologian Martin Buber: the prophet Samuel's vengeful killing of Agag, king of the Amalekites. In I Samuel 15:3, God commands King Saul to kill all the Amalekites, "men and women, infants and sucklings, oxen and sheep, camels and asses." Saul proceeds to kill the Amalekites, the eternal enemies of Israel, but chooses to spare Agag. In response, the prophet Samuel travels to Saul's camp, interrupts the victory celebration, denounces Saul for allowing Agag to live, and then savagely slays the Amalekite king.

What bothered Buber most was the reason Samuel gives for his slaying of Agag: God commanded the slaughter of all the Amalekites.

The portrayal of a vengeful God full of wrath has led many people to reject the Bible as the fountainhead of faith. Buber himself was moving in that direction when he experienced a chance encounter with an old Orthodox Jew on a train. Buber told him of being very troubled by this episode. He admitted that he did not believe that God had commanded Saul to kill every Amalekite. The old man responded in a gruff tone:

"So, you do not believe it?" "No," I answered, "I do not believe it." "What do you believe then?" "I believe," I replied without reflecting, "that Samuel has misunderstood God." And he again slowly but more softly than before: "So? You do not believe that?" And I: "Yes." Then we were both silent. But now something happened….The angry countenance opposite me became transformed…."Well," said the man with a positively gentle tender clarity, "I think so too." [Martin Buber, Autographical Fragments]

Buber concluded: "An observant Jew…when he has to choose between God and the Bible, chooses God."

What a magnificent declaration of faith! Buber understood that those who recorded and preserved our sacred texts were human beings, fallible mortals who may have occasionally misunderstood the biblical intent. "Nothing," Buber declared, "can make me believe in a God who punishes Saul because he did not murder his enemy."

Did Samuel indeed kill Agag at the command of God? Or is it possible that a zealous scribe, one who might have had reason to despise the memory of the cruel Amalekites whose treachery had gone back to the days of Moses (Deut. 25:17), believed that Samuel would have hacked Agag to pieces?

A Talmudic story relating to Purim (during which time we read the Saul, Samuel, and Agag account) sheds additional light on the matter.

For those who think our Talmudic sages lacked senses of humor, the story continues:

The next year Rabba said: "Sir, shall we get together for the Purim feast again?" Rabbi Zera answered: "One cannot depend on the regular occurrence of miracles."

Did one of the greatest sages of fourth-century Babylonia really murder a colleague? Incredulous that a great teacher of Torah would act like a drunken hooligan, the 17th-century Venetian scholar Rabbi Azariah Figo inquired:

Figo went on to contrast the performance of mitzvot, such as eating matzah and bitter herbs on Passover, which are intended to increase our understanding of God's miracles, with that of drinking excessively on Purim, which would decrease our understanding of the miraculous process by which God switches the fates of Haman and Mordecai-vizier Haman to the gallows and the Jew Mordecai to royal purple. For Figo, therefore, the mitzvah of imbibing on Purim has a limit-just up to that point when the distinction between "cursed be Haman" and "blessed be Mordecai" begins to blur.

Returning to the incident of Rabba killing Rabbi Zera, Figo asserts that as the two men argued, Rabba did not destroy Rabbi Zera physically but intellectually. Indeed, the more wine they drank, the more vehement and confused they became, until Rabba finally demolished Zera.

The next day, again according to Figo's reconstruction of the story, Rabba felt so badly about how he had treated his friend, he went to Rabbi Zera's home and apologized. This apology revived Rabbi Zera's spirits, but not so thoroughly that he was willing to chance being similarly annihilated the subsequent year.

It is notable that Azariah Figo, a traditional interpreter, would have had the temerity to disagree with the clear text of this Talmudic story, ruling out homicide because such an act offended his ethical sensibilities.

The person of faith must resolve for her or himself the tension between the word of God and that word as transcribed in our sacred texts by human beings. Like Figo, Martin Buber was able to keep his faith by rejecting a text which he considered to be in conflict with the will of the God who commanded that we be holy as God is holy. A truly believing Jew who has to choose between a time-hallowed text and God will choose the God whom she or he seeks to humbly imitate.

Rabbi Simeon J. Maslin is a past president of the Central Conference of American Rabbis and the author of several books and numerous articles on Jewish practices. This article is adapted from an essay in his book, And Turn it Again. His latest book is Uncle Sol's Women .

Rabbi Simeon J. Maslin is Rabbi Emeritus of Congregation Keneseth Israel, Elkins Park, Pennsylvania .has served in major rabbinic pulpits for half a century, and is a past president of the Central Conference of American Rabbis. He is the author of Gates of Mitzvah, …And Turn It Again, and the novel Uncle Sol’s Women.