This Purim, May We Each Take the Mask Off Our God 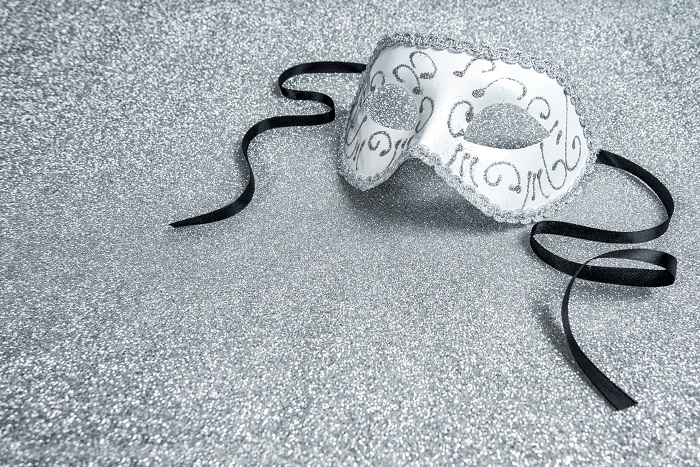 Rabba amar m’chayav inish liv’sumei b’furaya ad d’lo yada bein arur Haman l’varuch Mord’chai - Rabba said, a person is obligated to imbibe on Purim until he doesn’t know the difference between cursed is Haman and blessed is Mordechai. (M’gilah 7b)

This somewhat famous passage from the Talmud has often been interpreted as a Rabbinic injunction, that a person’s obligation on Purim is to get so drunk on wine that they lose regular consciousness. In an age where more of us are enlightened about drinking responsibly the advice of Rabba does not necessarily fit our current culture. The song, “Elimelech of Gilhofen,” which is an English version of the Yiddish song “Der Rebbe Elimelech,” is a cautionary tale about the dangers of drinking in excess.

Indeed, there are many ways to celebrate Purim. How are we then supposed to fulfill this particular Rabbinic mitzvah on Purim if not drinking to excess? The definition of the Aramaic word for “imbibe” reveals different shades of understanding from the traditional interpretation giving us a deeper meaning. When examining the root of the word, liv’sumei, we find that it can mean: to grow better, to improve, to be fragrant, to be well seasoned, to be sweetened, to delight, to be prepared and to be happy.

Perhaps being happy on Purim is where the rabbis were aiming. The Book of Esther reports that as a result of the victory of Esther and Mordechai the Jews had light, happiness, joy and dignity. (Esther 8:16)  [Layehudim - Noam Katz] One traditional teaching suggests there are two forms of happiness, simcha and sason. Simcha is the kind of happiness that is intense and short lived and dependent on circumstance. This happiness is mostly encountered through holidays, lifecycles and material matters. Sason, on the other hand, is everlasting joy.  Less intense but steady, sason is related to the delight of our spiritual identities and our enduring covenants. Like God, this joy is eternal. Both forms of happiness can and must be experienced through the celebration of Purim. In fact, the last Slonimer Rebbe taught that the verse from the Talmud can be read that one should become intoxicated not during Purim but through the fun and rituals of Purim itself, to get drunk with Purim. Flory Jagoda’s “El Dia De Purim,” mentions some of the fun rituals of Purim including sending gifts of food.

M’gilah 7b reports this giving of gifts incident:

The bitter and the sweet, life is what makes us well seasoned individuals and causes us to grow and hopefully improve with experience. Peppered with bits of bitterness, sweetened by successes and fragrant with feelings, like the story of Esther, life is about the extremes of tragedy and comedy and everything in between. One moment we may be feeling the pains of growing and the next rejoicing in the cycles of life. Sometimes the comedy is mixed in with the tragedy and vice versa.

To not know the difference between “cursed is Haman” and “blessed is Mordechai” is to see both the tragedy and the comedy, the bitter and the sweet, the blessings and the curses as equally coming from the same source, God, and to face all of it with equanimity and equipoise. To illustrate this idea, the rabbis point out that in gematria, Jewish numerology, certainly there is no difference as the numerical equivalent of the Hebrew letters in both the phrases, “arur Haman,” and “baruch Mord’chai” equal 502.

A popular understanding of the relationship between Purim and Yom Kipurim is that on Purim, we put on masks, but on Yom Kipurim we try to take the masks off, revealing who we really are to our God and to ourselves. In the story of Esther, the hero is not the only one hiding her identity. Woven into the intricate, comedic, and dramatic plot, God is concealed by a mask, not once being mentioned in the whole m’gilah. Recognizing this mask could instill in us the sense that perhaps God may be veiled by our lives as well, occasionally peeking out and reminding us of the divinity in our world.

This Purim, may we each take the mask off our God and face life’s pleasures and challenges with composure and balance, humor and reverence, happiness, true joy and fun.

Originally published by the American Conference of Cantors

Cantor Jordan Franzel has been serving Congregation Or Ami in Lafayette Hill, PA, since July 2002. He received his Master of Sacred Music from Hebrew Union College - Jewish Institute of Religion - School of Sacred Music and was invested as a Cantor in 1996. Prior to his pulpit in Pennsylvania, Cantor Franzel served Central Synagogue in New York City (1998-2002) and the Touro Synagogue in New Orleans, LA (1996-1998).