A Rabbi, a Minister, and a Priest Host a Gun Show 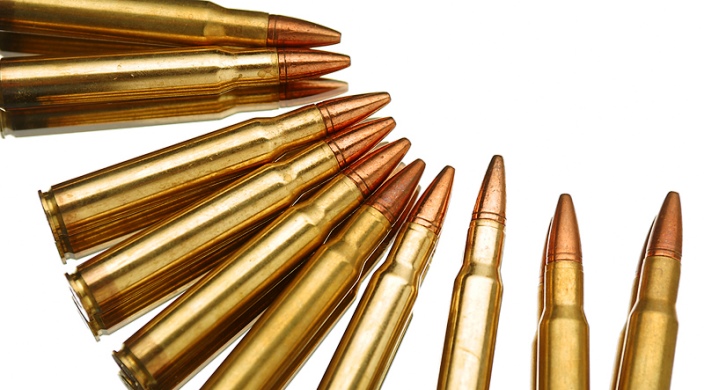 Unfortunately, this powerful gathering was serious – deadly serious. More than 30,000 Americans will die in 2015, victims of gun violence. This after the 30,000 who have died each year in this country for many years.

I am convinced that if 30,000 Americans were dying in a foreign war, we would not say, “There’s nothing we can do.” We wouldn’t say, “It’s just the price of having a constitution.” We wouldn’t simply stand idly by while our neighbors bleed.

As people of faith, we cannot stand idly by. But what can we do?

In our latest effort, some of my faith colleagues and I hosted a gun show in New Rochelle, N.Y. It included nine police departments, five “smart gun” designers, and 80 people of faith. Never before had such an event taken place – but it was time. Time for companies making technology that could keep Americans safer to meet the men and women who are tasked with keeping Americans safer.

Our national gun violence prevention effort, called Do Not Stand Idly By, was developed by the Metro Industrial Areas Foundation, the nation’s oldest and largest network of community organizing. Over the last 75 years, Metro IAF has sought to bring together unlikely allies to seek uncommon solutions to societal problems: Its leaders have built almost 4,000 units of affordable housing in East Brooklyn; our team in Massachusetts helped drive the universal healthcare fight that became the model for the national legislation; Metro IAF created the concept of the living wage.

But when we only talk about the president and Congress, we leave out one big player in this story: Gun manufacturers also have the power to help reduce gun violence. They can create safer distribution systems for their products, holding the worst gun dealers in America accountable for their role in gun trafficking. They could decide to stop selling guns through the 100 gun stores that are responsible for some 60% of guns that are found at crime scenes.

Importantly, they can also create safer, personalized, “smart” gun technology that can only be fired by authorized users, technology that could help reduce the incidents of children accidently shooting other children. This technology could help keep police officers from needing to shoot perpetrators out of fear that those perpetrators might grab their gun. And it could make shiploads of stolen guns useless to those who end up with them.

The beauty of it is that gun manufacturers can do these things without another law being passed. But how can we entice them to do so?

Forty percent of the guns that are sold each year in this country are purchased by our police and military. If our public officials – mayors, police chiefs, sheriffs, governors, and our president – demanded that the companies they buy guns from create safer distribution systems and safer technology, the gun manufacturers would need to respond.

So far, 73 cities, counties, and states have committed to using their purchasing power in this way – to demand corporate responsibility from gun companies.

In the process, we’ve met gun companies who are doing just that – creating smart guns, for example. We’ve also met with police departments that are interested in technology that could make their work, and American lives, safer.

It’s time to make the problem of gun violence a problem for gun manufacturers, too.

Won’t you help us? Ask your mayor and police chief to use their purchasing power to press gun manufacturers to reduce gun trafficking and create safer gun technology.

Together, we can act powerfully to reduce this scourge.

Learn more about Do Not Stand Idly By's efforts and learn about the Reform Jewish community's work on gun violence prevention.