Raising our Voices in Peace: My Experience at the Western Wall 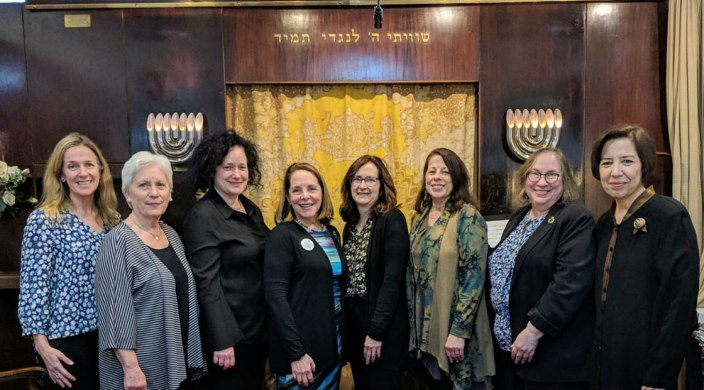 We read in Pirkei Avot, “Be among the disciples of Aaron – seek peace and pursue it.” One of our highest aspirations as Jews is to establish peace within our homes, within our communities, and in our world. Sh'lom bayit (peace in the home) is a core value of Jewish life.

For 30 years now, Jewish women have gone in peace to the plaza of Hakotel Hama’aravi, the Western Wall in Jerusalem, to hold a morning service for Rosh Chodesh. At 7 a.m., Women of the Wall begin with Shacharit (morning prayer services), proceed to Hallel (praise), and hope to arrive at the service for the reading of the Torah. These services take place in the women’s section of the Kotel area, as it is cordoned off by the mechitza, the dividng wall between men and women.

We do not attempt to breach the mechitza. We do not shout threatening or harassing remarks over to the men. This an egalitarian minyan, celebrating the one day each month that is especially gifted to women.

By 8:30 a.m. at the latest, the service concludes, and the women leave the Kotel and go about their business. Some hold Rosh Chodesh study groups. Some celebrate with a special kiddush. Some return home or go to work. It sounds so simple. A group of women praying together, singing Psalms and reading the Torah, all enjoying each other’s company.

What could possibly go wrong?

The Western Wall is arguably the most iconic locus of Jewish existence. But ironically, it has become the flashpoint of greatest conflict: between past and present; between entrenched ultra-Orthodoxy and dynamic, progressive faith; between men in charge and determined feminists; between one Jew and another.

On Friday, March 8, I joined several hundred Jewish women at the Kotel, including my close friend and colleague Rabbi Marla Feldman, and the leadership of Women of Reform Judaism. We donned our tallitot (prayer shawls), some put on tefillin (phylacteries), and we raised our voices in prayer and song. But after a call from the ultra-Orthodox Rabbinate, more than a thousand teenage yeshivah girls came to wreak havoc upon us.

They pushed and crowded us, to the point that some of us couldn’t breathe or keep our balance. I was convinced that any second, we would fall down on the ground, with hundreds of girls on top of us. The police were nowhere to be found.

Finally, after Anat Hoffman, leader of Women of the Wall, called them on the phone, a few female police officers showed up. The pressure subsided a bit, and they ushered us out of the plaza to the egalitarian platform at Robinson’s Arch. According to the 2016 agreement, that platform was to have been redesigned and rebuilt, but little more than a year later, Prime Minister Benjamin Netanyahu reneged on the agreement. He needed to curry favor with the ultra-Orthodox to maintain his coalition, so he threw us under the bus.

And there, you have it.

The girls who came to harass us that morning, and the rabbis who encouraged them, are extremists. And those of us who are feminists, or progressives, or anyone who lives outside their closed environment, constitute a threat to everything they know in their lives; and in their minds, to Judaism itself. I left that day wondering if, God forbid, anything had happened to any of us, how these girls would have processed that.

Could they have taken responsibility for the serious injury, or even death, of another human being? Would it have traumatized them? Or, would they have seen it as divine punishment? I am grateful it didn’t come to that, but the mind-twisting effects of extremism seem to have no limits.

For us, there is only one choice – persistence. We must continue to raise our voices and assert our rights and our dignity as modern, enlightened Jewish women, and to encourage others to embrace Jewish life in the way that is most meaningful and authentic to them. We pray that we may achieve this in peace, in the name of sh'lom bayit, a core Jewish value.

For another perspective about this day, read Hila Shiloni Rosner's essay "Reflections from the Wstern Wall on International Women's Day." 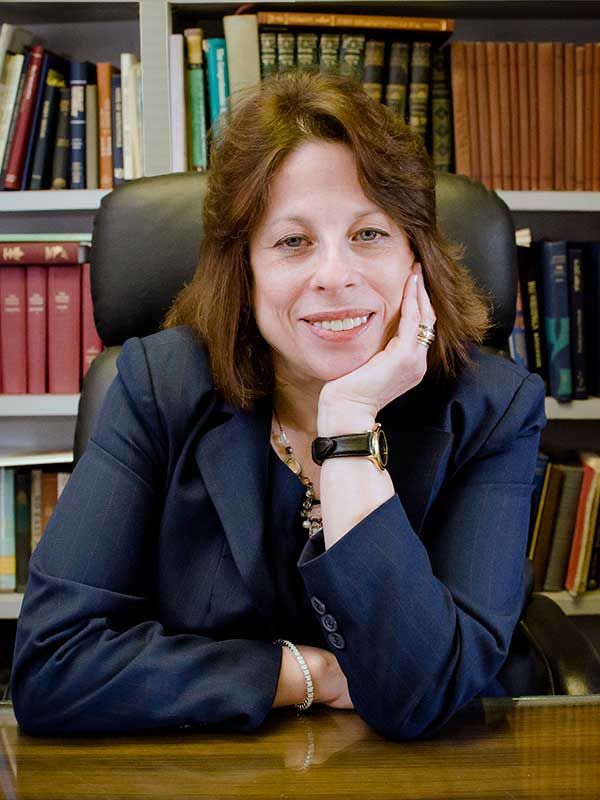 Rabbi Dr. Linda Henry Goodman is rabbi emerita of Union Temple of Brooklyn in Brooklyn, N.Y. She has long been a champion of women's rights, fighting to protect reproductive choice and health care access for women in New York State and throughout the country. She participates actively in the Reform Jewish Voice of New York State and serves on the Clergy Advisory Board of Concerned Clergy for Choice in Albany. In 2012, she was installed as the first woman to serve as president of The New York Board of Rabbis. For many years she has studied at the Shalom Hartman Institute in Jerusalem, and in July of 2016 she became a senior rabbinic fellow there.