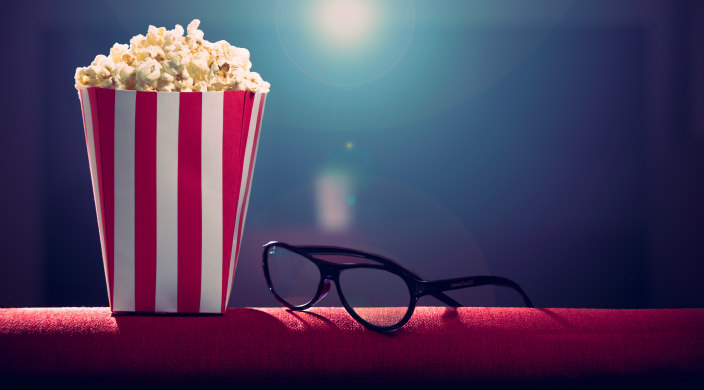 Elul is famously a month of t'shuvah, returning and atonement, a month of asking for Divine mercy. Each day we recite Psalm 27 in the synagogue, asking God not to turn away from us, to hear our voices and "be gracious...and answer us." In Orthodox and some Conservative synagogues, the shofar (ram's horn) is sounded after the morning service throughout the month. In that period, we call upon the people Israel to return to God and perhaps, as Rav Abraham Kook has said, to one’s true self.

The culmination of this month of spiritual self-examination is the penitential Selichot prayers, often recited in Jewish communities starting on the Saturday night before Rosh HaShanah, all the way through Yom Kippur. In many Reform congregations, programming around Selichot includes film screenings that anticipate the penitential prayers. Consequently, when I was asked to put on my film scholar hat to suggest some apposite movies, I was delighted to oblige. In chronological order, then, here are five films that focus on self-assessment, redemption, forgiveness, and renewal.

Is this the most famous Hollywood film, or merely the most satisfying? Three Jewish writers (Howard Koch, Philip and Julius Epstein), a Jewish director (Michael Curtiz) and a cast filled with refugees from Hitler (Conrad Veidt and Marcel Dalio among them), all of which underline the film’s central theme: that Rick (Humphrey Bogart) can only achieve emotional and moral wholeness if he forgives Ilsa (Ingrid Bergman) and returns to the fight against Fascism. Some of us need the whole month of Elul to figure that out, Bogie gets it in just under two hours.

Given the Reform Movement’s historical focus on social justice, it should come as no surprise that the first two films on my list are about resurrecting communities of resistance to Fascism and racism as a part of rebuilding an individual’s sense of worth. If “Casablanca”’s hero is suffering from a broken heart, “Black Rock”’s John J. Macreedy (Spencer Tracy) carries a more visible signifier of loss, an empty left sleeve incurred during the recently concluded war. Macreedy also carries a Congressional Medal of Honor that he wants to deliver to the father of the dead Japanese-American GI who saved his life.  But Black Rock is a town as visibly ravaged as its visitor, all but deserted, with a population divided evenly between burnt-out old-timers and knuckle-dragging stooges for land baron Reno Smith (Robert Ryan). Both Macreedy and the town need to atone for their transgressions – Macreedy for giving up on life, the townspeople for something much more sinister – before any kind of rebirth can take place. John Sturges directs this taut allegory with unflinching adamantine grace, as chiseled as the rocks among which it takes place.

An austere, haunting film, My Father, My Lord might be accurately described as the story of what happens when the energies that should be devoted to teshuvah are instead focused on comparatively insignificant details of doctrinal rigidity. Rabbi Avraham (Assi Dayan in a chillingly self-contained performance) is a pillar of his small ultra-Orthodox community, known for the unbending nature of his teachings. His inflexibility seems to extend even to his beloved only son, a charmingly innocent child of six or seven, and his relationship with his wife (Sharon Hacohen). When the family is struck by tragedy, Avraham is incapable of adjusting, with terrible results. Writer-director David Volach gives the film a visual rigor that makes its sadnesses more intense and yet less unbearable.

Hologram is the latest effort of German director Tom Tykwer (best known for “\Run, Lola, Run”), a fish-out-of-water comedy that at first glance looks like an easy attempt to cash in on Tom Hanks’s amiability. However, this story of a once successful salesman who has taken his depression with him to an assignment in Saudi Arabia, turns out to be a warm, sweetly likeable tale of rebirth and redemption, buoyed by a deep supporting cast and a nuanced performance from Hanks.

5. Almost any film by Daniel Burman

Since Waiting for the Messiah (2000), Burman has been exploring the subtle quotidian joys of family life in El Once, home to much of the Jewish population of Buenos Aires. In films like Lost Embrace, Family Law, Empty Nest, The Mystery of Happiness and, most recently, The Tenth Man (currently in New York theaters), he has gently kidded the push-pull of the nuclear family with a particularly deft focus on the eternal struggle of fathers and sons. His films have a generosity that is tremendously satisfying, while side-stepping sitcom “wackiness.” What initially looks like aimlessness is quickly revealed as a low-key observational charm that eschews the easy laugh for something a bit more complicated.

As we watch Bogie, Tracy, and the others grapple with forgiveness and repentance, may these films prompt us to begin our own soul-searching this Selichot. 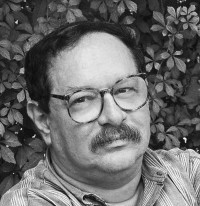 George Robinson is the author of the critically acclaimed Essential Judaism: A Complete Guide to Beliefs, Customs and Rituals (revised edition, Atria Books, 2016) and Essential Torah: A Complete Guide to the Five Books of Moses (Schocken Books, 2006). Mr. Robinson is the film critic for The Jewish Week, the largest Jewish newspaper in North America, and a frequent contributor to Hadassah Magazine. He is adjunct assistant professor of media studies at Borough of Manhattan Community College, and has been critic-in-residence at several Jewish film festivals around the country. Robinson was a contributor to the recent edition of Encyclopedia Judaica and has written frequently for The New York Times, The Washington Post, Newsday, Kirkus Reviews, and Publishers Weekly. Mr. Robinson lives in New York City with his wife Margalit Fox, a reporter for the New York Times and an author in her own right.