Roots and Branches of the New Year of the Trees 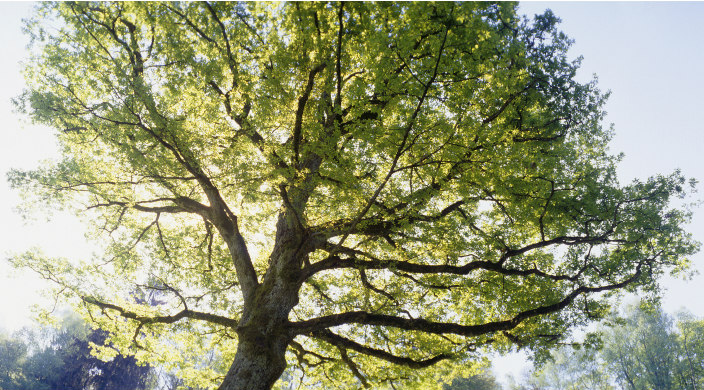 Perhaps I first heard of Tu BiShvat, the Jewish New Year of the Trees – marked on the 15th day of the Hebrew month of Shvat – back when I went to religious school in the 1960s and 70s.

Fast forward to college in the early 80s. I was majoring in environmental studies and simultaneously rediscovering my Jewish heritage. Being outdoors and celebrating the natural world was an important part of my spirituality, so I sought out any hints that other Jews felt the same way.

Imagine my thrill and surprise when I first read about the mystical “Tu BiShvat seder,” a ritual dating back at least to the early 1700s. Marked by a celebratory meal with four cups of wine and three categories of fruit, it was both a sensual pleasure and deeply moving to sample a wide variety of exotic fruits and, as we ate, to contemplate our connections to both the physical world and to various mystical realms. What a fabulous way, I thought, to honor Tu BiShvat, trees, and – at least I hoped – all things environmental.

To the mystics who devised the first Tu BiShvat seders, trees were mostly a metaphor for the flow of divine energy and presence. As much as we may wish it, for them, Tu BiShvat was not some sort of proto-Earth Day.

Regardless, these rituals were a creative, inspiring strand in a complex web of Jewish traditions, including many that demonstrate a profound understanding of the best way to relate to and sustain the natural world that surrounds us.

For example, the Tu BiShvat seder was a creative reimagining of the earliest hints we have of Tu BiShvat itself – a very brief mention in the Mishnah (Rosh Hashanah 1:1) about a “new year” for the trees. The date for that new year was apparently in dispute, and in response, Rav Hai Gaon, one of the leaders of the Babylonian Jewish community in the 10th and 11th centuries C.E, writes “at [the] time the sap begins to flow upwards and the trees begin to drink and come alive” (Answers of the Gaonim,1:4 page 119).

This idea – that seemingly dormant trees are quite awake, alive, and getting ready for spring – was well known to me from my high school days of tapping maple trees and boiling down their sap to make maple syrup. How fabulous that this piece of nature lore was well known to the leading rabbi of 1000 years ago! And how wonderful, too, that it inspired other rabbis, 700 years later. These mystics leapt from the physical to the metaphorical, to a contemplation of the very flow of life itself, the possibility of us becoming connected to the divine flow that, whether we acknowledge it or not, surrounds us all the time, even in our spiritual “winters.”

As I learned more about Tu BiShvat, I realized that many generations of Jews have taken the metaphorical leap of the mystics as the starting point for their own journeys, connecting to the earth, our traditions, and the divine flow. These journeys range from the intense connection to the land found in the Zionist writings of A.D. Gordon, to a growing number of Jews who, like me, make connections between their faith and traditions on the one hand, and solving modern environmental crises on the other. Whenever we see a mountain and pause to say a b’rachah, a blessing, when teens at camp learn about sustainable gardening, when synagogues cut their energy usage or buy “green” electricity, we are all taking the next steps on that journey.

The Reform community, led by the Religious Action Center of Reform Judaism (RAC), has played a huge role, not only in teaching about that connection, but also in moving us from study to action on behalf of the poor and the planet. In fact, I served as the RAC’s congregational relations director back in 1993, when we helped launch the Coalition on the Environment and Jewish Life (COEJL). Now, some 25 years later, I am back at COEJL as its new executive director.

COEJL and the RAC want to work with Jews and Jewish communities to learn about Jewish environmental teachings and put them into practice. As we celebrate Tu BiShvat this year, may we all join in the most literal sense of tikkun olam, healing our world, by acting to protect the many wonders of Creation.

You can do this by: 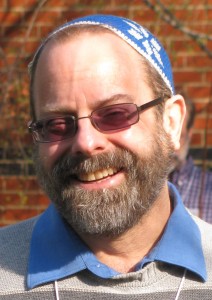 Rabbi Daniel Swartz is the executive director of the Coalition on the Environment and Jewish Life (COEJL) and the spiritual leader of Temple Hesed of Scranton, PA. Email Rabbi Swartz.