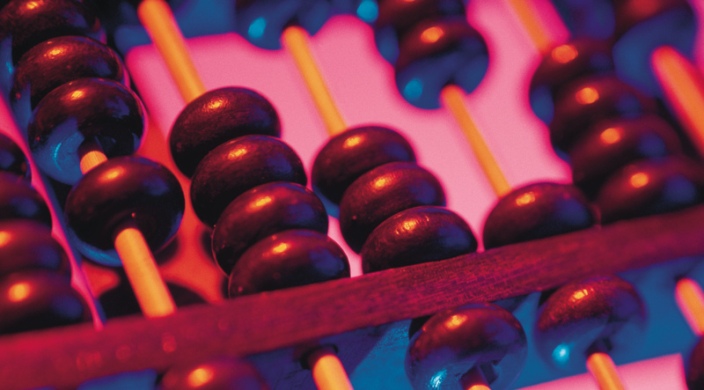 With all the preparations for the Pesach seder, you would think that once we celebrated our departure from Egypt we could relax and enjoy a good meal while the children search for the afikoman. And that is true for the first night. But by the second night, we are again enjoined to set our eyes on the future-forty-nine days in the future, in fact, when we arrive with the Israelites at the foot of Mount Sinai to receive the Torah.

The mechanism to connect the Exodus with the giving of the Torah is a simple one-counting the days. In Leviticus 23:15-16 we are commanded to bring an omer, "a measure of grain" and then to count seven weeks, a total of fifty days from the second day of Pesach (as the Rabbis interpret these verses). In fact, this counting provides the name for the holiday for the giving of the Torah, Shavuot, meaning "weeks." So important is this counting that we thank God for commanding us to do it, saying a blessing before we mention the number each night until Shavuot. The process is called S'firat HaOmer, the Counting of the Omer.

S'firah is the Hebrew word for counting, which the mystics of the Kabbalah identified with the name for each of the manifestations of God in the world. There are ten s'firot, but only the lower seven are accessible to human beings. Seven weeks, seven s'firot-that couldn't be a coincidence, the kabbalists believed. So they transformed the mechanical counting of days into an enumeration of the Godly qualities which, they argued, Jews needed to incorporate before they were worthy to receive the Torah. The s'firah period is thus a period of tikkun, "correction," of the raw selves that were exploded out of Egypt into the pure n'shamot, "souls" who deserved to be given the mitzvot of the Torah.

What are these seven s'firot, these seven qualities? The first is Chesed, love; the second is its opposite, G'vurah, strength or restraint; the third is Tiferet, glory, or Rachamim, compassion. If love and restraint are opposites, compassion resolves the tension-compassion is based on love, but not unconditional love; it is a love that is combined with a certain restraint or objectivity. The remainder of the lower s'firot are Netzach, endurance; Hod, splendor; Yesod, physical rootedness; and Malchut, awareness of the dominion of God. These also form triads, echoing the balance of opposites and their resolution. The kabbalists divided the seven weeks into the seven s'firot, encouraging us to concentrate on "fixing" the lack of love in our lives during the first week of the Omer, the lack of restraint during the second week, the lack of compassion in the third week, and so on.

Most prayer books, including Mishkan T'filah (p. 570), include a script for the blessings and the counting of each day. One can also purchase artistic S'firat HaOmer calendars-or you can make one yourself (it is not easy to remember to do the counting every night!). There is no official text, however, for contemplating the s'firot, though some are starting to write contemporary texts. In the absence of these, one might begin a discussion with the family members gathered around the seder table on the second night of Pesach when the counting begins, if you hold a seder on that night. Each person might be asked to reflect on a different s'firah; on nights where two s'firot are being considered, two people might have a dialogue as to how their qualities relate to each other.

This period of tikkun, "correction" of the self, culminates with Tikkun Leil Shavuot, an all-night study session on the first night of Shavuot, which traditionally draws on selections from all the books of the Hebrew Bible, as well as selections from the Talmud and the Zohar. Modern tikkunim are more heterodox in their selection of study materials, and many do not last all night. The common understanding of this rite ties it to the inability of the Israelites to stay awake the night before the Torah was given; by spending the night in study till dawn we try to correct for the weakness of our weary ancestors who were, after all, only three months removed from slavery.

There is another dimension to the period of the S'firat HaOmer, a quasi-historical one. There is a widespread custom not to cut one's hair or hold weddings or other communal celebrations during this period. Many people tie these semi-mourning customs to the tradition of a plague that is said to have befallen Rabbi Akiba's students during the second century CE, which was lifted on the thirty-third day of the Omer, Lag BaOmer. Numbers in Hebrew are often abbreviated using the individual Hebrew letters from alef to tet for the numbers one through nine, and letters from yod through tzadi for the tens (twenty through ninety). The remaining letters in the alphabet represent the hundreds. Thus thirty-three in Hebrew combines the letters lamed (thirty) and gimel (three), and if you put them together they spell Lag. Mourning restrictions are traditionally lifted on Lag BaOmer, which is therefore observed as a joyous day in Israel with the lighting of bonfires.

The Omer period reminds us of many truths: that freedom needs to be balanced by laws, by Torah; that the period leading up to the giving of the Torah offers us an opportunity to internalize the mitzvot of Torah, and its teachings; and that above all, by counting the days, we remember to make our days count, as a reminder that we count, and that God counts on us.

Rabbi Richard N. Levy is Rabbi of Campus Synagogue and Director of Spiritual Growth at the Los Angeles Campus of Hebrew Union College-Jewish Institute of Religion. He is the author of A Vision of Holiness: The Future of Reform Judaism (URJ Press).

Rabbi Richard N. Levy, z"l , was the Rabbi of the Campus Synagogue and Director of Spiritual Growth and was immediate past Director of the School of Rabbinic Studies at the Los Angeles campus of the Hebrew Union College. He was a past president of the Central Conference of American Rabbis, in which post he shepherded the creation of the Statement of Principles for Reform Judaism in 1999, which is the subject of his book, A Vision of Holiness: The Future of Reform Judaism, published by the URJ Press in 2005. He was the editor of On Wings of Awe, a High Holyday prayerbook, re-issued in a revised edition in 2012; On Wings of Freedom, a Passover Haggadah; and On Wings of Light, a Shabbat evening prayerbook. His most recent book, Songs Ascending: The Book of Psalms in a New Translation with Textual and Spiritual Commentary, was published from CCAR Press in 2018.