Shine a Light: Advancing Progressive Values in Israel This Hanukkah 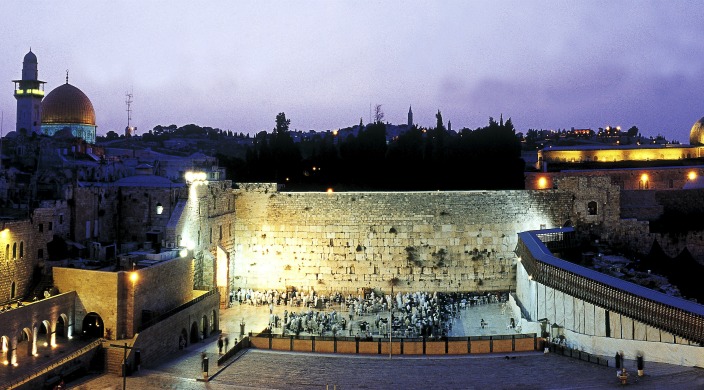 The walls surrounding Jerusalem’s Old City are lit up at night, a stunning view for locals and tourists alike. As couples sit on park benches overlooking the scene, some close for warmth and others more distant for modesty’s sake, it is easy to forget the arguments that surround this place. Past the external walls and down some winding streets sits another wall, one far more controversial.

The Western Wall, also called the Kotel, stands as one of the last remaining pieces of The Second Temple, the ancient center of Jewish ritual and communal life. Those stones have seen more history than many can imagine; the rise and fall of empires, the development of new neighborhoods, and some of the bravest soldiers who fought in the Six Day War. Since that time in 1967, Jews have had access to this holy place. In reality, though, only some Jews feel ownership over this important site.

The ultra-Orthodox political establishment exercises exclusive control over the Kotel plaza through the office of the Rabbi of the Western Wall. The holy space abutting the wall was divided into two unequal sections, the larger for men and a far smaller one for women. Women are not allowed to hold bat mitzvah ceremonies, bring in a Torah, or dress in a manner judged immodest by the ultra-Orthodox establishment. These non-egalitarian rules hurt many Jews in Israel and in the Diaspora, who feel forcibly distanced from the holiest site to the Jewish people.

There was a glimmer of hope in January 2016 when the Israeli Cabinet reached an historic agreement to expand and grant legitimacy to a new egalitarian prayer space just south of the existing plaza. Unfortunately, Prime Minister Netanyahu later buckled to political pressure from extreme right-wing Haredi forces to suspend the agreement, dashing the hopes of Reform Jews and our progressive partners.

So, what are we to do now? How does our movement celebrate the Festival of Lights when many things in our world feel dark? How do we reconcile the notion of a Jewish State with a reality that excludes and marginalizes many Jews? We go back to the original meaning of the Western Wall.

When the Temple stood, it served as a meeting place for all Jews – men and women and children made the pilgrimage to celebrate and mourn as a whole community, an inextricably connected kehila (community). Before it became a place of division and derision, the Temple and its walls stood at the center of an entire people. Certainly, this very site has seen far more intense and violent fights, but our goal is to learn from the mistakes of the past rather than to repeat them. We are taught that The Temple’s destruction was due primarily to internal divisions among the Jewish people; let us work toward building and not destruction.

This Hanukkah we will shine a light by continuing to respect Orthodox custom while advocating for recognition of our equally legitimate egalitarian practices. We will learn more about Israel and share our learning with our community. We will connect to Israel with even more passion, insight, and love. From the Western Wall to the deep Negev valleys to the blooming Northern hills, our movement and the values of progressive Judaism will shine.

This Hanukkah, ARZA is working to shine a light on several challenges facing progressive Judaism in Israel. We do so with the intention to generate greater understanding, to increase the investment of Reform Jews in the Jewish State, and to center a connection to Israel in our communities. Each night for eight nights, check in with us to learn more about pressing issues and to advocate for equality, pluralism, and democracy in Israel.