For the Sin of Abandoning My People 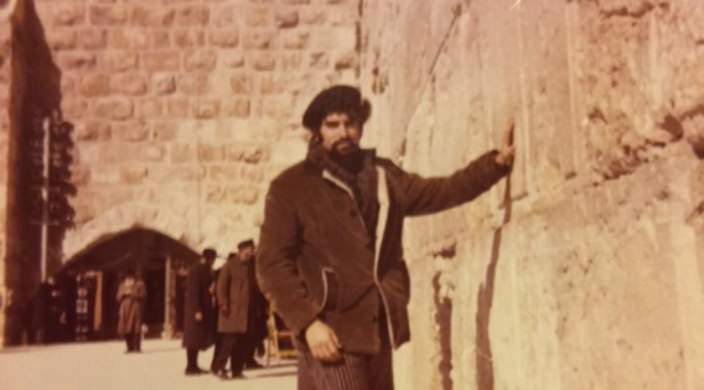 By high school, I had pretty much jettisoned the emotional baggage of being a son of Holocaust survivors. I was into the L.A. Dodgers, the Beatles, and cruising with friends along Sunset Strip on weekends. After my bar mitzvah, I had little connection with my Jewishness, and our family didn’t belong to a synagogue.

On the High Holidays, my father, who was still angry at God for being absent during the Holocaust, took to me which ever random synagogue would admit us without tickets. I’ll never forget the time on the second day of Rosh HaShanah, when we went to a Reform synagogue on Hollywood Boulevard and found it closed. We had no idea they observed only the first day. We saw a movie instead.

That was the extent of my Jewish connection… before my reawakening.

Late one night during my sophomore year at UCLA, I took a break from studying for finals and turned on the radio.  A news flash came on: Israel was under attack by the armies of Egypt, Syria, and Jordan.

The news came as a total shock; I had no idea about the rising tensions leading up to the June 1967 war. How could I be so clueless, so self-involved?  I imagined the worst – another Holocaust – and began to tremble uncontrollably.

I vowed that if Israel survived, I would never again abandon my people, never again be indifferent to Israel’s fate.

As my first act of atonement, I spent my junior year as part of the first group of American students to study at Tel Aviv University. Not only was our academic year exceptional (our professors were on sabbatical leave from Cornell, MIT and other top universities), we were treated like VIPs, as the vanguard of what the Israeli government anticipated would be a flood of American college students studying in Israel.

We met with the who’s-who of Israel, including the founding prime minister, David Ben-Gurion, who addressed us on the front porch of his modest home at Kibbutz Sde Boker in the Negev, and the future prime minister, Golda Meir.

When I returned to UCLA for my senior year, I told my favorite professor about my newfound zeal for Zionism, and he invited me to speak to his popular adult psychology class and billed me as a “controversial speaker on the Middle East.” The Anti-Defamation League sent someone to spy on this presumed radical speaker, and all the Jewish camps groups, from left to right, were equally curious and turned out for the event.

My professor was right: Publicly telling Diaspora Jews that only in Israel can they self-actualize and live in dignity created a furor in the room. Established Jews in the audience wanted to kill me. Christians were far more sympathetic. Jewish activists applauded my audacity. The ADL rep laughed. The editor of the campus Jewish newspaper invited me to write a column, and the Hillel director, Rabbi Richard Levy, supported my starting up the alternative Jewish magazine, Davka (meaning “just because” or “for spite”).

After graduating, I moved to Israel and served as the Jerusalem editor of the Jewish Student Press Service (which consisted of more than 50 Jewish campus newspapers throughout North America). Deciding that it was time for formal Jewish studies, I returned to Los Angeles and received an MA in Jewish education from the Hebrew Union College-Jewish Institute of Religion, before going on to edit Reform Judaism magazine in New York City.

My Jewish journey began as an act of atonement following that frightful night on the eve of the Six-Day War. Today, 40 years since I started my tenure at the Union for Reform Judaism, every working day I renew my vow never again to dwell in the wilderness of Jewish indifference.