Slaughter Does Not Honor Anyone: Remembering that Fateful Day in Pittsburgh 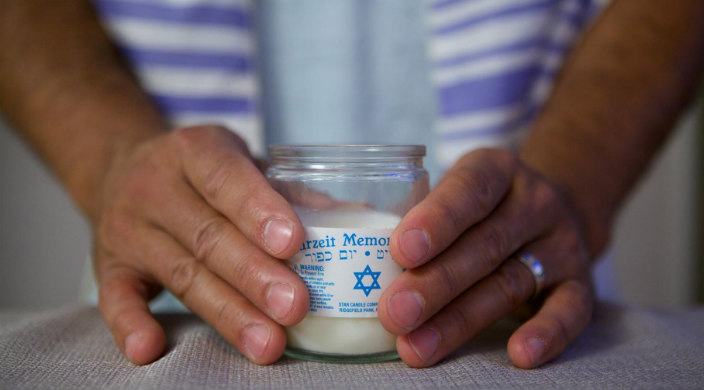 It was my turn to lead the Torah study discussion at our local synagogue  that Shabbat. We were studying Vayeira (Genesis 21-22), in which Isaac is born and Hagar and her son are cast out of Abraham’s clan and into the desert. Abraham takes Isaac, his other son, to Mount Moriah, purportedly to offer him as a sacrifice to the God who had found Abraham just a few chapters earlier.

These texts are well-known and often commented on, and so, with my fractured understanding, I followed in the shadow of ancient and medieval rabbis and in the footsteps of modern scholars, family psychologists, and feminist thinkers. Well-trod ground, yet the material for good study seems endless.

The core story of chapter 21 runs 21 lines. Chapter 22’s “binding of Isaac” is 19 lines. The storytelling is brilliant, the biblical Hebrew nuanced and lyrical. My daughter, an English major, spoke of “close readings,” and I started our discussion by asking for questions that these very short stories raise.

Questions abounded but answers were scarce: Why did God feel the need to test Abraham, who had already done so much to show his devotion?

I questioned why this “test” showed that Abraham needed to “fear” God. Why in heaven’s name did God need to feel feared? What about honored, followed, respected, obeyed?

Others in our group questioned how God could promise Abraham vast numbers of descendants while instructing him to sacrifice the sole offspring needed to make progeny possible.

Why did Hagar, whose name means “the stranger,” and her son, Ishmael, need to be sent into the wilderness? We noted the irony that soon the tables would turn and Isaac’s descendants would become strangers, slaves, and outcasts – apparently forever.

We would later learn that it was at about that point, on that very Shabbat morning, when a human, an evil man, began to murder our friends and co-religionists at Tree of Life – Or L'Simcha Congregation. Why? Because to him we, Jews, were strangers, dangerous.

Shortly after I arrived back home that morning, my husband called out, “There is a shooting in Pittsburgh!”

What kind of god needs this sacrifice?

Why did Abraham, who had previously cited humanity and justice to argue with God, immediately take steps to meet this demand? What kind of God demands slaughter of the innocent?

I grew up in Pittsburgh’s Squirrel Hill neighborhood, where the shootings occurred. My parents helped found one of the congregations targeted, and I grew up in that congregation (although we held services in a different building back then).

When I heard of the attack, I texted two people whom I was sure would know more: the cantor, whom I’ve known since third-grade Hebrew school, and the kind individual who is always the first to visit the sick and run errands for the elderly.

The former (thank goodness) was out of town visiting family, but she told me the latter was terribly wounded. Others, including a doctor who visited every day that my elderly mother and father were in the hospital, were now dead.

Scholars point out that Abraham, who had not previously hesitated to argue with God, did not talk back when instructed to sacrifice Isaac. Rather, Abraham said nothing – no verbal challenge and no verbal consent. Abraham went through the preparatory motions and God backed down, sending a messenger to stop the butcher’s knife before Isaac could be killed.

In the end, in this elegantly told story, we are left without knowing if Abraham would have gone through with the sacrifice. It’s a game of chicken. The human parent won.

As my Torah study group pondered whether Isaac would “make the ultimate sacrifice” or be made a “sacrificial lamb,” my compatriots, friends, and like-family were being sacrificed – only because they were Jewish. During the Crusades, when thousands of Jews were slaughtered in the name of someone else’s god, an interpretation in which Isaac was actually slaughtered and then reborn became popular. Dark but oddly optimistic. Today, I have more empathy for that explanation than I did at the start of that Shabbat morning.

I choose to believe that Abraham did not, would not, promise God to end his son’s life.

Later, in Deuteronomy, we are enjoined to “choose life.” The 13 worshipers wounded and murdered on Shabbat in Pittsburgh tried to choose life. Eleven of them died, and two worshipers plus four police officers are trying to live.

They did not choose to emulate the ram. I honor them all.

Michele Braun is member of Westchester Reform Temple in Scarsdale, NY. She particularly enjoys leading Shabbat Torah study because she always learns something new, both substantively and about how to teach.