The Stars Must be in Alignment 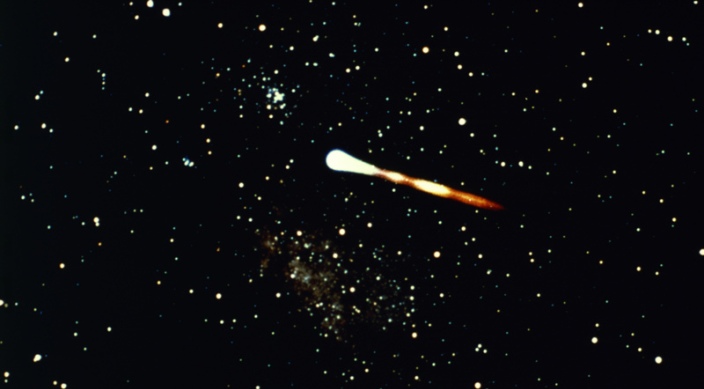 The stars must be in alignment. A few thoughts have come together, and they leave me with a sense of awe.

Recently, I was catching up on some of podcasts that I listen to with regularity. From time to time, the ideas that individuals share in these brief episodes grab my attention and expand the universe of my thinking. That happened as I listened to APM’s On Being with Krista Tippett. In the latest episode, she interviewed Natalie Batalha, a mission scientist with NASA’s Kepler Space Telescope. Batalha descriptions of our life, our world, and our experience vis-a-vis other planets beyond our solar system were lyrical and spiritual. The most moving image she offered was the image of a mother and child looking up at the stars one evening. The mother points to a star. In one version, she says “See that star, there could be life like ours on some planet revolving around it,” In the more enlightened version she posits, “That star there has a planet that is just like Earth. It is a perfect situation for there to be life like ours.”

As I listened to Batalha, I saw the sky through that imagined child’s eyes. I perceived the stars up in the sky, just as they are in our sky. I saw planets revolving around those stars. Then, I caught sight of one of those planets, a planet just like Earth. There was dry land, and upon that land there was civilization, and there was community. Somewhere in that community I could see another mother standing with her child. They were staring into their sky as well, as the mother said, “Look up at those stars, and imagine planets just like ours revolving around them…”

Standing on the shores of the cosmos, we do not have to give in to agoraphobic tendencies. The cosmos is not so vast, and we are not so insignificant, that we could be like anonymous grains of sand on a seashore. Instead, we can recognize the interconnectedness of all things within the universe. We are integral elements that make up the majestic fabric of the cosmos. I like the way Batalha puts it on her own Facebook page,

“Keenly aware that it took billions of years for the atoms to come together and make the portal to the Universe that is my physical self, I try to walk the earth each day with love and gratitude and wonderment. I hope to leave this world of ours a little better than I found it, and part of that plan is to open the eyes of humanity to the myriad other worlds that exist out there in this amazing Universe we share.”

Encountering Natalie Batalha’s interview on On Being was not just a blip on a radar. As I listened, I found myself connecting it to two other timely events: Asteroid 2012 DA14 coming within scraping distance of us and Nicolaus Copernicus’s 540th Birthday, which is today. Something in the stars is telling us to look up and pay attention.

Last Friday, we became aware of 2012 DA14, a 50 yard long asteroid that weighed over 190,000 tons. It was originally discovered last year (and I love this coincidence: on February 23, my birthday), and it passed by at 17,239 miles from Earth. That is approximately two times the Earth’s diameter. In other words, this asteroid came very close to us. I am left wondering how often we pay attention to the universe beyond ourselves. The lesson of 2012 DA14 seems to be that we are not alone. We may not have encountered life on other planets yet, but the Universe as we know it has things within it that pull us out of our self-centered ways, and says, “Hey! The Universe does not revolve around you!”

That was something of which Copernicus was also aware. The 16th Century Polish mathematician and astronomer is credited with establishing the heliocentric planetary model. He noted, and was criticized for asserting, that the Earth and other planets revolve around the sun, rather than the other celestial bodies revolving around our planet. We take such a discovery for granted now, but this was a counter-cultural and counter-establishment perspective. Consider the tension that exists when our current presumptions about the way things work in our existence and what the frontiers of scientific exploration tell us. Lessons from Copernicus’s life still resonate, especially when we consider all of the other wild things out there in our Cosmos that we are called into relationship with.

Discovering other planets, asteroids scraping by, the assertions of earlier scientists expanding the horizons of our understanding–as we bring these into alignment, some may say they pose a risk to a religious or spiritual life. They don’t; they bring us closer. They are discoveries of that which is greater than ourselves, that which gets us closer to the Creative Power of our Universe. In the On Being podcast, Batalha described an experience she once had standing on the roof of an observatory, looking up at the dome of stars. In that moment, the dome was no longer just that. She became aware of her place, suspended in the three dimensions of our Universe. I was struck how she grasped for words to talk about this moment in her life.She touched upon the ineffability of the spiritual experience. She also noted the importance of that moment in her own life. In William James’s The Varities of Religious Experience, he describes moments like this as a mystical moment with noetic qualities. Moments such as these, which any of us can experience, are “illuminations, revelations, full of significance and importance, all inarticulate though they remain; and as a rule they carry with them a curious sense of authority for after-time.”

I have an amateur’s interest in science, and I have a profound love for theological and spiritual thinking. In both arenas, I see an intersection. It lies in our longing for new discoveries, to uncover new layers of our reality. When we approach our Universe with curiosity; it gifts us awe.

And I’m going out to buy a telescope.

On Tu Bishvat we celebrated trees and a season of new growth. I've been doing lots of thinking about trees, as I frequently do, and the role they play in providing oxygen for the planet. At the Union of Reform Judaism, we provide oxygen to our communities by creating compassionate spaces for our participants to grow and thrive. We can respond to current and future challenges by fostering resilience that reflect our Jewish values.
Social Justice
Image

As I thought about what would be involved if we did our own Tu BiShvat seder, it seemed interesting and fun. Tasting lots of fruits? Marking a time to appreciate, mindfully and respectfully, trees and the earth? Drinking wines and grape juices? Yes, please.
Secular Holidays
Image