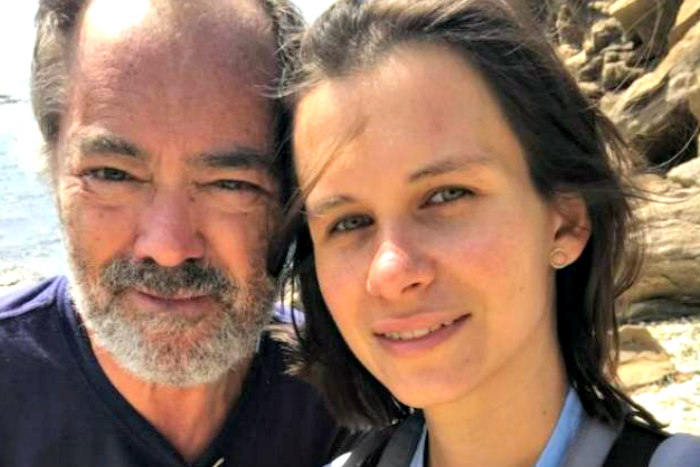 Immigration has always been a sensitive topic in Israel and the process of immigrating can be incredibly difficult, with potential immigrants facing a lack of compassion and a difficult bureaucracy. This year has been even more challenging with the Covid-19 pandemic. But there are still bright spots. This is just one family we were able to help in 2020:

“If your daughter’s care was that urgent, you would have brought her back to Israel yourself.”

This is what the Ministry of the Interior told Lior* in response to his request for an urgent appointment. He was trying to bring his wife Xenia* and their baby girl, who is still breastfeeding and has signs of a neurological disorder, home to Israel.

Xenia, who is originally from Belarus, and Lior, a Jewish-Israeli, married four years ago. Xenia converted through the Reform Movement, registered as Jewish in Israel, and is nearing the end of the process to become a citizen. Following her final citizenship interview, the family traveled abroad to visit their families. Once the pandemic began, they were not able to return home. While they were stuck abroad, they noticed that their daughter was showing signs of a neurological disorder, so they decided to return home as soon as possible.

Coming home, however, wasn’t so easy. Xenia’s visa had expired, so Lior had to return first and invite her to join him in Israel. Immediately after Lior returned to Israel in early November, he went to the Interior Ministry and scheduled an urgent appointment with a neurologist. The Interior Ministry, however, would only schedule an appointment for him to apply to bring Xenia and their daughter back into Israel – two months later! Lior sent a letter of appeal, which was ignored, and then turned to the Israel Religion Action Center's Legal Aid Center for Olim (LACO) for help.

We were informed that Lior’s request to bring his wife and daughter home was denied because there was no reason to approve Xenia’s reentry. The Ministry said that he should have brought his breastfeeding baby home himself and left his wife behind. We pulled out all the stops and used our influence to overturn the Ministry’s decision. As a result, Xenia and their daughter have been granted entry! They returned home on December 6, and they just had an appointment with a neurologist.

Throughout the COVID-19 pandemic, LACO has continued to receive clients. We have helped dozens of people from all around the world to make aliyahaliyahעֲלִיָּה"Going up." The honor of being called to recite the blessings before and after the Torah reading. Also refers to immigration to Israel, to "make aliyah" to Israel; plural: aliyot. Lit. "Ascent." during lockdown. We filed dozens of petitions in district courts regarding unrecognized conversions. We filed dozens of appeals on behalf of battered women with Israeli children who received orders to leave the country. We assisted minors through the process of family reunification in cases where the Ministry of the Interior opposed granting family members residency status.

Other LACO achievements during 2020 include:

In 2020, LACO opened 300 new cases and provided the same number of legal consultations, all while continuing to handle hundreds of cases that were opened in previous year.