There’s No “Right Way” to Celebrate the Holidays 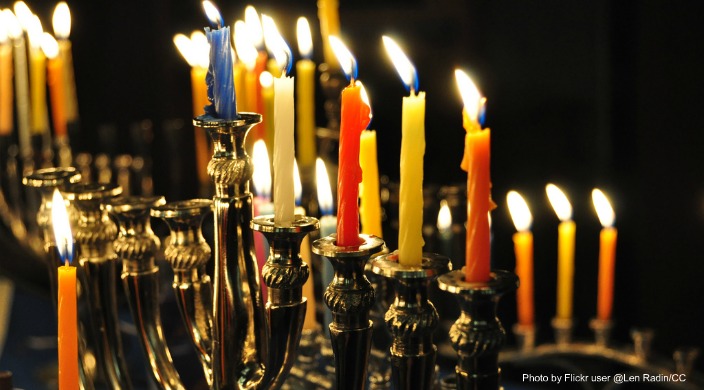 According to Tevye from "Fiddler on the Roof," it's not the Shema that's the watchword of our faith.

Yes, traditions matter, but at what cost?

When it comes to Hanukkah, a relatively minor Jewish festival that's often asked - unfairly - to compete with Christmas, the idea of tradition weighs heavily on many Jewish families. Frequently framed by our society as "Christmas for Jews" or "Christmas Lite," Hanukkah can make young families like mine (my wife and I have been married for a year and a half) feel an overwhelming need to create and perfect holiday traditions in a community where Christmas lights, not Hanukkah flames, are the norm.

Lindsay and I have grappled with this need since we became a couple.

During our first year together, Hanukkah got lost in the Christmas scramble. Sure, we played dreidel and opened modest gifts, but for the most part, the festival came and went without much fanfare on our part.

Once we had moved in together, we decided we wanted to "do Hanukkah right." Somewhat unsure about what we meant by that phrase, I suspect it had something to do with "tradition." That year, we searched endlessly for the perfect Hanukkah decorations, lit the hanukkiyah every night, and ate latkes with wild abandon. But somehow, it didn't seem to be enough.

The next year, we scheduled Hanukkah dinners with friends and participated in the holiday festivities organized by the religious school of our local temple. As we'd done the previous year, we again lit the hanukkiyah, ate latkes like crazy, and tried to "do Hanukkah right." Still, something was missing.

Last year found us sharing a home with other people and counting the days until we could relocate to a more comfortable living environment. For a variety of reasons, we had stopped attending services weekly, and despite the cold weather and an active Jewish community nearby, neither of us was feeling the holiday spirit.

One night during Hanukkah, we played hooky from spending time with our housemates - not so much so that we could "do Hanukkah right," but rather so we could reconnect with each other. Upstairs in our room, we lit the candles, listened to jazz, and fought a dreidel war to end all dreidel wars. Afterward the game and exhausted from laughter, we started to watch a movie before falling asleep. At some point during the evening, unbeknownst to us, our mood had transitioned from tired-eyed and heavy-hearted to festive, loving, and bright. Finally, we'd "done Hanukkah right."

That evening, I learned a valuable lesson: There's no "right way" to celebrate the holidays. Indeed, once we removed the pressure to achieve that unachievable perfection, my wife and I were able to relax, reconnect, and celebrate Hanukkah in a way that was just right for us.

As we prepare for Hanukkah this year, I offer this prayer:

Baruch atah, Adonai Eloheinu, Melech haolam, who makes us holy, not through our own neurosis, self-doubt, and pressure, but by opening us up to the lights of our holiday candles and to the lights in others' eyes and hearts. 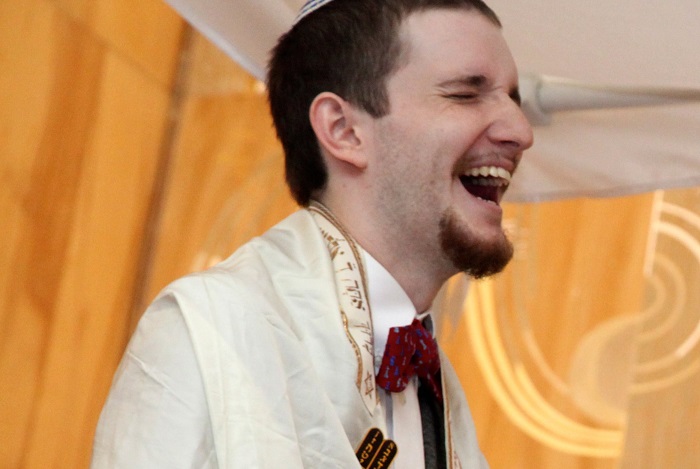 John Propper is a graduate of Aquinas College in Grand Rapids, MI. He is a recent editor for New Voices, a Jewish magazine for college students around the world. An active Reform Jew, John has served on the board of Jewish Theatre Grand Rapids, spoken on Jewish-Christian relations, and appeared in a variety of projects across the Jewish spectrum, including the Yeshiva Beacon, the Jewish Outreach Institute, and The G-d Project.