The Three H's of Jewish Life: Head, Heart, and Hand 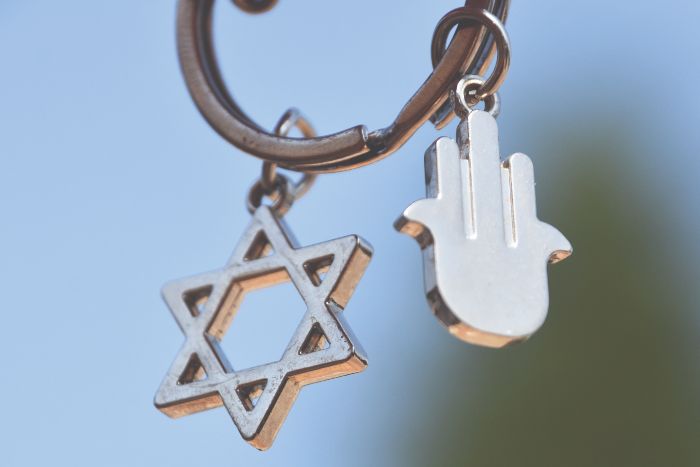 When I addressed the Kristallnacht commemoration of the Sarasota-Manatee Federation in November, a couple was in the Zoom room who belonged to the first congregation I served in Columbia, MD. They contacted my wife Vickie and me, and the outdoor lunch we enjoyed together was the first time we had seen them since 1984.

As we ate, the woman shared, “I remember very few of the hundreds of sermons I have heard over the years, but I distinctly remember one of yours. You asked, ‘If accused of being Jewish, would there be enough evidence to 'convict' you?’”

Flattered by and thankful for the memory jog, I remembered that I envisioned a Jewish investigator examining our homes and our lifestyles to determine whether enough about us showed that we were Jews. Some of the things the investigator might look for are: Is there Jewish art on the walls? Are there Jewish books on the shelves? Is there a connection with the Jewish community through synagogue, federation, JCC and/or Jewish charities?

The idea is that there are “Three H’s” of Jewish life, “Head, Heart, and Hand.” The head stands for intellectual engagement with Judaism or serious Jewish study; the heart represents prayer, worship, and liturgy; and the hand stands for social justice initiatives and other acts of kindness and service to others.

Taking the analogy of a college student, Rabbi Gilman’s thesis is that a “good Jew” must “major” in one of the three H’s and minor in another. If he or she has some familiarity with or connection to the third, so much the better.

I find the Three H model very useful as we navigate our identity as Jews in the secular world. Fortunately, the Torah presents us with excellent role models of highly successful Jews who enjoyed high station in the secular world, but who did not forsake their Jewish identity.

Joseph and Moses, of course, lived long before there was organized Jewish learning or worship, but their “hands” – their actions – clearly indicated the primacy of their connection to the covenant of their ancestors.

For all his success in Egypt, Joseph made his brothers swear that his ultimate resting place would not be in Egypt but in the land promised to Abraham, Isaac, and Jacob.

Moses was an Egyptian prince, but, as tradition has it, his mother Yocheved inculcated in him the Jewish covenantal values of justice, caring and compassion, which emerged when he saw an Egyptian taskmaster beating a Hebrew slave. Later, when he had established a new life for himself as chief shepherd over his father-in-law’s vast flock, Moses could not resist God’s call to return to Egypt and take up the task of freeing his people from bondage.

These examples bid us to ask: How do our Jewish souls call to us? Is it through the study of our text and traditions? Is it through regular worship and participation in synagogue life? Or is it through social action or acts of kindness to others? If we “major” in one of these, minor in another, and hopefully have some involvement with the third, then, without question, there would be ample evidence of our Judaism.

END_OF_DOCUMENT_TOKEN_TO_BE_REPLACED

Judaism encourages us to awaken each day with thoughts of gratitude. I recite the Modeh Ani each day to thank the Divine for returning my soul. I was recently asked where our soul goes while we sleep. This poem is my response.
Hate Crimes
Image

As a graduate of both Tougaloo College and Jackson State University, the recent bomb threats to Historically Black Colleges and Universities (HBCUs) are personal to me. Since January 2022, over a dozen HBCUs have received bomb threats; several of those threats were received on the first day of Black history month. The continuous attacks on institutions of higher learning; places of worship and individual attacks are a direct threat to our everyday existence.
View More