A Tribe I Don't Want to be a Part Of 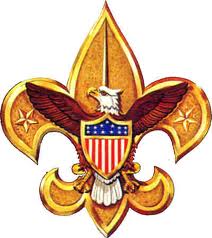 Remember "Members Only" jackets? In the 1980s, they were all the rage, perhaps because of the aura of exclusivity connoted by the brand name. We often covet that which seems off-limits or forbidden to us. Maybe that's the explanation for the dismayingly out-of-touch decision announced recently by the Boy Scouts of America (BSA) to continue denying membership and leadership positions to LGBTQ individuals. Maybe the leadership of BSA feels that this exclusionary policy will position them as an elite organization and lead to a dramatic increase in people seeking to affiliate with local troops and dens.

I wish I could believe that were true. Instead, I think that the BSA is being ensnared by the bull-headed bigotry of some individuals in its leadership, and thus are missing opportunities to embrace and train a whole cadre of future leaders with excellent potential. The BSA reaffirmed its position (which has been in place since 2004) after a closed-door, two-year "policy review." In spite of the fact that a number of board members have publicly repudiated the policy, the review panel chose to maintain the status quo within the BSA. I think that the skill set that young men derive from being part of the boy scouts is laudable. I have had the honor of serving as an advisor to young men seeking their "Aleph" and "Ner Tamid" badges (two of the Jewish emblems available to scouts). I have written letters of recommendation for individuals who are applying to be Eagle Scouts. I admire the leadership, responsibility, community service, and character that these candidates embody. I don't condemn the boys who choose to involve themselves in scouting. I don't even condemn the institution of scouting. Rather, I condemn the leadership of the movement that continues to believe that "homosexual conduct is inconsistent with the obligations in the Scout Oath and Scout Law to be morally straight and clean in thought, word, and deed." The Scout Oath states, "On my honor, I will do my best to do my duty to God and my country and to obey the Scout Law; to help other people at all times; to keep myself physically strong, mentally awake and morally straight." The Scout Law, in turn, states, "A Scout is trustworthy, loyal, helpful, friendly, courteous, kind, obedient, cheerful, thrifty, brave, clean, and reverent." I know gay people who could very ably uphold all those tenets, just as I know many heterosexuals that would not fit that bill. Sexual orientation provides absolutely no litmus test for the content of one's character. The rabbis of the Mishnah spent quite a bit of time trying to define what exactly it was that determined an individual's moral makeup. Simon Ben Zoma, a second century sage, taught, "Who is wise? One who learns from every person...Who is honored? One who honors others." Perhaps if we could learn from such precepts; perhaps if we could stop fearing those who might be different from ourselves; perhaps if we could learn to honor all of humanity, then the world would be a better place. This Shabbat, we conclude the reading of Bamidbar with the double portion Matot-Masei. In it, we get some insight into the workings of the Israelite tribes. Rarely, if ever, were the 12 tribes of Israel completely united in peace and harmony. More often than not, they were a loose confederation, unified by some sense of historical kinship and the memory of a shared exodus experience. So, when the tribes of Reuben and Gad (and half of the tribe of Manasseh) see desirable, arable land on the east side of the Jordan, they petition for the right to settle there, rather than cross into Canaan. Moses is understandably upset by this request. In essence he says, "This is not the kind of Israelite community I want to be a part of: one in which brother abandons brother in a quest for personal gain and comfort." His scolding comes with negotiation, and in the end the two-and-a-half tribes agree to enter Canaan alongside their fellow Israelites, helping to secure the land for them before returning to their desired homesteads. I believe we are called to act in a similar manner when we face unjust situations such as the BSA decision. We should say, "This is not the kind of society we want to live in: one based on bigotry, discrimination, and fear." We should work to educate and advocate so that all may have the opportunity to participate fully in the institutions that contribute to the fabric of our nation. To paraphrase the words of the old Gates of Prayer, we pray that the day may come when narrow-minded injustices "shall give way to integrity and goodness, when superstition shall no longer enslave the mind...O may all, created in Your image, become one in spirit and one in friendship." Ken Y'hi Ratzon. May this be Your will. Rabbi Alan Cook is the associate rabbi at Temple De Hirsch-Sinai in Bellevue, WA. Originally posted at Cookie Crumbs