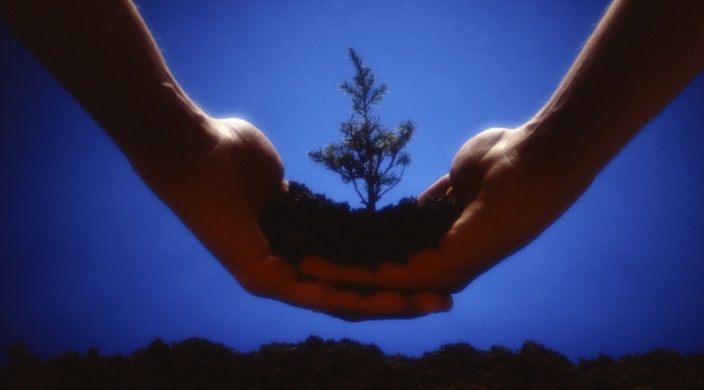 While my neighbors were putting their Christmas trees to the curb, in what seems like a ritual of replacement, I was preparing to plant for Tu BiShvat.

My friend Freda recently presented me a cutting from an Angel’s trumpet - a small tree with beautiful, large, pendulous white flowers that grows in her yard - and to observe the Jewish New Year of the Trees on Jan. 16, I wanted to get it in the ground.

Looking around the garage for a shovel, I wondered if there were a Jewish ceremony for planting a tree.

A Tu BiShvat seder introduces philosophical concepts into the holiday. But could I skip the four cups of wine - you start with white and gradually add more red to each cup - and just do something shorter, and well, more down to earth to help observe what some have called Jewish Arbor Day?

The Coalition on the Environment and Jewish Life had published a tree-planting service in a guide called "To Till and To Tend: A Guide to Jewish Environmental Study and Action.” Though tilling and tending sounded like a lot more work than I was up for, I gave it a look.

“There is an order to this, God's universe, that is beyond our comprehension,” read a passage from the ceremony. Picking out the right spot to plant had often been beyond mine. Planting thorny rose bushes near the free-standing basketball hoop in the backyard had been one of my chief blunders. Another was not removing a ficus tree; its roots are now cracking our brick patio.

Freda had told to me that her trumpet tree had done well in a spot that was full sun to part shade. I found a similar spot near a wall next to a bougainvillea vine that when it flowers bathes the area in magenta.

Recalling my pruning battles with the spreading bougainvillea, another passage from the service came to mind: “The world of nature was given to us to join with, not to conquer.”

Clearing the area of leaves and debris, I found something brown and pebbled sticking out from the ground. Pulling it out, I realized it was a chewed-up football that our dog, Oliver, used to bite and shake into submission.

Before lapsing into backyard nostalgia, I recalled what Rabbi Yochanan ben Zakkai had to say about tree-planting interruptions:

"If you are in the midst of planting a tree and word reaches you that the Messiah has arrived, do not interrupt your work; first finish your planting and only then go out to welcome the Messiah."

Snapping back to my shovel, I began to dig. Almost immediately, another line from the tree-planting ceremony - “Take care not to spoil or destroy My world, for if you do, there will be no one to repair it after you,” from Midrash Ecclesiastes Rabbah -  assumed a different shading as I struck a root from a nearby plum tree. Gauging that the loss would not be fatal, I chopped it out.

The service’s warning “And do not wound your neighbors, for they, too, are part of the interdependent whole,” reminded me that when you plant near a property line, you are planting for two. Who could be upset by the tree’s sweet-smelling flowers that are only fragrant at night? And by day, the Angel’s trumpet called to hummingbirds.

However, after some research I also discovered that the Angel's trumpet, like other common landscape plants such as azaleas, rhododendron and oleander, is poisonous if ingested. I would have to remember to keep it from growing into their yard.

As I pulled the two-foot shoot from the plastic pot, I saw that it had already developed a good set of roots.

“People can sense God's presence in nature,” read the text. “We pause in awe at nature's elegance.”

I lowered the plant into the hole, filling in around it with a mixture of earth and potting soil.

“Originally, we got this plant as cutting from our neighbor,” Stuart said a few days before I planted the trumpet. I wondered how many generations this plant, which is native to South America, had traveled to reach my backyard.

Looking at my little plant that had been passed down, I decided that not exactly a renewable resource, it was a source of renewed spirituality.

The service said that we protect the world “by planting and by remembering and by connecting, from generation to generation.” As I watered the planting, I wondered, once it grew large enough for a cutting, who would be renewed by the next generation. 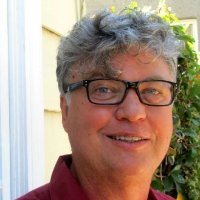 Edmon J. Rodman is a JTA columnist who writes on Jewish life from Los Angeles. Contact him at edmojace@gmail.com.