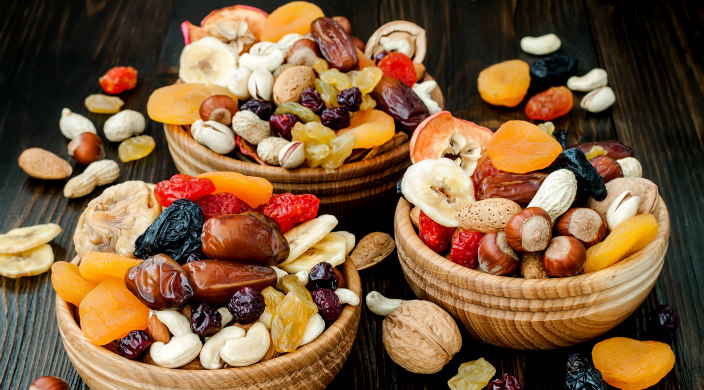 I love Tu BiShvat because of its low-key preparation: no sermons, no structures to build, no kitchen to be turned upside down, and no pageants to produce. Trips to the supermarket and the wine store, and I’m set.

One of the keys to celebrating Tu BiShvat is appreciating that Jewish life was often organized around a central question of the era. The answer to that question led to that era’s contribution to the contemporary celebration of this festival exactly at mid-winter, the first of three consecutive full moon festivals.

While Tu BiShvat is not mentioned in the Bible, the Torah specifies “You shall set aside every year a tenth part of all the yield of your sowing that is brought from the field” (Deut. 14:22). The question of the era is, “What’s my obligation?” The answer: “to tithe.”

The Mishnah, compiled in the aftermath of the Temple’s destruction, is the earliest source that mentions the 15th of the month of Sh’vat as the new year for trees. The Talmud explains, “If the fruit of a tree blossoms before the fifteenth of Shvat, it is tithed for the outgoing year; if after the fifteenth of Shevat, it is tithed for the incoming year.” (R.H. 15b). Thus, Tu BiShvat was the beginning of the fiscal year for the tithe on fruit trees.  With tithing’s end at the destruction of the Temple, the question of the rabbinic era was “How will I remember the Temple in Jerusalem?” Tu BiShvat developed characteristics of a festival: public fasting was prohibited, liturgical poems were added to the liturgy, and the eating of fruit became customary. Often the goal was 15 kinds of fruit, since the Hebrew letters of “Tu” stands for 9 and 6.

The kabbalists of the 16th and 7th centuries noticed that the Mishnah speaks of the New Year of the Tree (singular). They saw this as the Tree of Life in the Garden of Eden, and asked “How do I get closer to the One who created the Tree?” Their mysticism posited creation as occurring through a series of levels, from the ethereal to the concrete, which they saw represented symbolically by different varieties of fruit. They held a ritual banquet, i.e. a seder, on Bishvat, eating 10 of each kind of these fruits.

With the rise of modern Zionism, Jews asked “How do I connect with the Land of Israel?”  During the 20th century, Jews used Tu BiShvat to focus on the Land of Israel and its need for afforestation. Campaigns to plant trees in Israel were this era’s contribution to the celebration of the holiday.

A great ecological consciousness arose in the late 1960s, which led to the establishment in 1970 of Earth Day, now observed in almost 200 countries. Jews, among others, asked “How do I help preserve the earth?” Tu BiShvat, which had long been our day for thinking about trees, their role on our planet, and their gifts to us, took on a new role – a day for Jews to focus on the environment. Increased Tu BiShvat activity combined the Tu BiShvat seder, fruit eating, tree planting, and ecological education and activism.

At B’nai Sholom Reform Congregation in Albany, N.Y., our Tu BiShvat seder touches upon all these points. We start with the seven species of the Land of Israel (Deuteronomy 8:8) by saying HaMotzi over challah, followed by barley soups. The list continues with grapes, figs, pomegranates, olives, and dates. For grapes, we have the second of four cups of wine or grape juice; we try to vary color and provenance. Before eating each item, we read or sing a passage that mentions the item.

Next, we proceed to the kabbalists’ Four Levels of Creation, working from this earthly level of Action (symbolized by fruits with inedible outer shells) to Formation (inedible pits) to Creation (fruits eaten in their entirety). The kabbalists felt that no fruit could represent the highest level of emanation, but we pass around a spice box to enjoy the aroma of fragrant tree parts (cinnamon and cloves). We use other cups of wine as juncture points. Before we eat anything, we say the appropriate blessing.

The passages we read and sing remind us of the Land, the fruits, the trees, their Creator, and the value of our created world. We conclude with the Kaddish over study, and sing Eitz Haim Hi (“It is a tree of life”). In years such as this, when the festival falls on Shabbat, we light candles at the beginning. Everyone goes home full and happy, carrying leftover fruit and nuts. 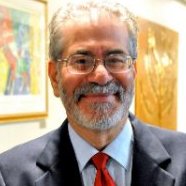 Rabbi Don Cashman has served B’nai Sholom Reform Congregation in Albany, N.Y., since 1985. He has taught at the University of Albany since 2006. An avid gardener, he grows four dozen tomato plants and five dozen chili peppers each year, which botanically are fruit. He nurtures the plants, and an herb plot, by serenading them with guitar, banjo, and mandolin.