July 1, 2011
Donald C. Cutler is the Co-Chair of the Reform Jewish Voice of New York State (RJV) Steering Committee.  He is a former Legislative Assistant.

In December of 2009, the Steering Committee of Reform Jewish Voice of New York State (RJV) convened a conference call. This wasn't and isn't unusual for this group of Empire State activists, but what happened on this call signaled a turning point.

Just a few days prior, a vote was held in the New York State Senate, which, much to our dismay but not to our surprise, resulted in the failure to legalize marriage equality. It was on this call that we first decided to embark upon a two-year campaign to bring a progressive Jewish voice to the conversation about same-sex marriage in our state.
We launched a website and started networking with activists. RJV created program and advocacy materials that expanded our library and helped publicize equality events throughout the state. We brainstormed, we wrote letters, we made phone calls, we went to Albany. This was a great stride for RJV, which until this point had never engaged social media or the web to build any single-issue campaign. We firmly believe we formed an effective network of Jewish activists for marriage equality ready to take on the "traditional religious" lobby.

In the weeks leading up to this year's historic vote, RJV activists were quoted in the New York Times and JTA. We were able to activate Rabbis and lay leaders in a number of key Senate Districts, including those of Senator Saland and Senator Grisanti, -- who proved to be the deciding votes on the bill -- to get on the phones to tell our religious story about equality.

Without the leadership of Governor Andrew Cuomo, his Administration and the leaders in both chambers of the legislature, we would not be where we are today. But the same can be said of all the activists - both volunteer and professional-- who called (and called again), wrote emails and letters or braved the crowds and lack-luster vending machine lunches in our state's Capital.

Last Friday night in New York was memorable. It was also the Shabbat of Pride Weekend, so we got to celebrate twice as hard.

Over the past year and a half, RJV has seen a tremendous amount of growth. We have held two statewide Advocacy Shabbats with dozens of congregations taking part; we have doubled participation in our Albany Advocacy Day; and now we played an important role in the collaboration that helped usher marriage equality into law last week. While we are extremely proud of this work, we know this is no time to sit back on our laurels. Thirty-nine states have banned same-sex marriage and New Yorkers can't rest knowing that others outside of our state continue to face discrimination. We've won a battle in a very long war, and this victory endows us with the strength we need to keep fighting. 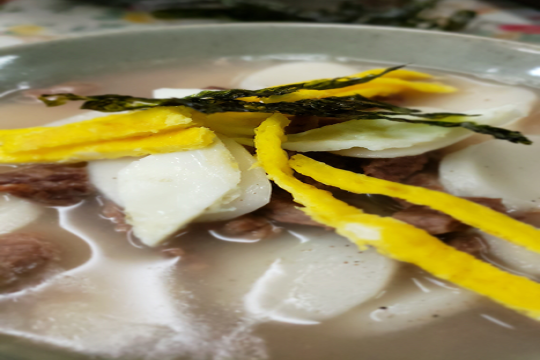 Last year, I spent Seollal, or Korean New Year, with my family in Busan. The symbolism, the spirituality, and the elaborate order of charye remind me of Jewish holidays and rituals.
Holocaust
Image

What does it mean to remember? It is to live in more than one world, to prevent the past from fading, and to call upon the future to illuminate it.
Film
Image

It's rare to find a documentary set in the Middle East that isn't mired in politics and discord. Rarer still is one bathed in the kind of optimism and goodwill found in Beth Elise Hawk's new film, Breaking Bread. An inside look at a three-day food festival in Haifa, Israel, pairing Israeli and Muslim Arab chefs, Breaking Bread pursues peace through the power of creating top-notch cuisine.
View More