An Urgent Update from Israel: We Need Your Help 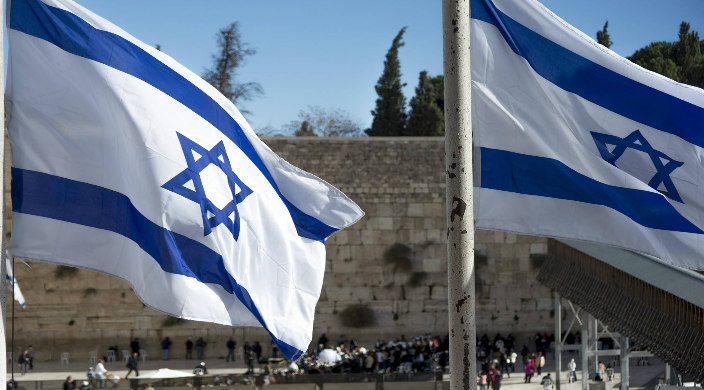 Greetings from Tel Aviv, where I am wrapping up an extraordinary 10 days in Israel. Restored and energized by the trip, I'm writing to share an urgent and relevant appeal regarding the World Zionist Congress (WZC), often known as the Parliament of the Jewish people.

The election for the 2020 World Zionist Congress is open for another two weeks, and a strong showing by the “Vote Reform” slate is critical. (Learn more about the election logistics here.)

Why It Matters So Much

Last Friday night, I spoke at a Reform congregation on Kibbutz Gezer, whose modest yet beautiful sanctuary was partially funded as a result of a strong Reform showing in the last election. Indeed, much of the dramatic growth of Reform Judaism in Israel throughout the past five years can be traced directly to our success in the 2015 World Zionist Congress election.

This year, our Reform partners in Israel have asked over and over again, with deep concern, about our campaign work in the United States. They cannot stress enough the importance of a strong showing by the American Reform Jewish community. That’s because the results of the election are nothing short of essential for the Israel Movement for Reform and Progressive Judaism (IMPJ), the umbrella organization of all the Reform communities and institutions in Israel, whose funding streams are determined by the results of the election.

On this trip, I’ve also learned just how many political leaders and members of Knesset – from across the political and religious spectrum – are focused on the election, too. Even while anticipating the upcoming Israeli general election on March 2, many took time to meet with me because of Reform Judaism’s growing numeric strength and influence in Israel.

Most of these leaders pressed me about our efforts, wanting to make sure that I – and, therefore, all of you – understand what is at stake in the election. In addition to securing funding to Reform institutions in Israel, the election will determine the policy of key Israeli institutions (such as the Jewish Agency and Keren Kayemeth L’Israel) on issues like economic justice and the funding of settlements outside the generally accepted borders of Israel.

I was proud to share with both our IMPJ partners and Israeli political leadership that the Reform Jewish community in the U.S. has made the World Zionist Congress election one of our highest priorities.

I told them about the energy, passion, and dedication Reform congregations have put into the campaign, ensuring that the 2020 election has unprecedented visibility among U.S. Reform Jews.

I also reported, with both sadness and alarm, that we have seen truly ugly efforts by those who recognize that our success in these elections will allow us to more effectively advance our view and our values. Some slates on the political right go so far as to explicitly claim that we are supporters of BDS and haters of “true Judaism.”

They do so because they fear that our victory would be critical in advancing religious pluralism, peace, and economic justice in Israel. And they are right to be afraid; that is exactly what we intend to do!

What We Need You to Do Now

Even as hard as we are working, I am concerned that we are still not getting the number of votes we need. In the last election, there was little competition. This time, though, the battle for votes is far more intense.

I ask: What more can you do to assure that the Reform/ARZA slate not only earns the most votes but does so with a wide enough margin to effectively advance our values in Israel?

What's Next for Us

Israel is at a crossroads, and we have a real opportunity to make our voices heard on the most profound issues confronting the state.

We have the strongest platform and the deepest record of results. We are proudly pro-Israel, and we are steadfastly pro-democracy, pro-pluralism, and pro-peace. No other slate is as committed to these three principles as is Vote Reform.

Please, let’s not rest until the election is over. We are off to a great start, but as the finish lines comes into view, we need shift into a higher gear. We need to finish strong – and with your help, that’s exactly what we’re do.

Vote for the Reform/ARZA slate in the World Zionist Congress elections, then please join us in spreading the word. The voting period ends on March 11.