War and Religion: From Versailles 1918 to Pittsburgh 2018 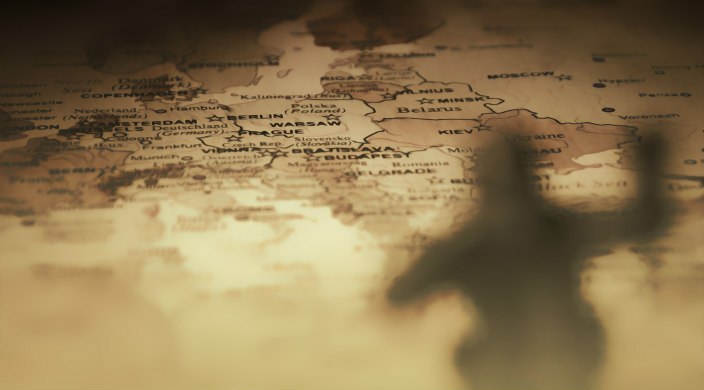 November 11 marks the 100th anniversary of the end of World War I. Leaders on both sides invoked God and religion as they sent more than 5.5 million soldiers to die on battlefields across continents.

Kaiser Wilhelm’s troops were outfitted with belt buckles inscribed with the words: “Gott mit uns” (God is with us).

The sheikh-ul Islam of the Ottoman Empire urged Muslims everywhere to  “go to the Jihad for the sake of happiness and salvation … in accordance with God’s beautiful promise [that] those who sacrifice their lives to give life to the truth will have honor in this world, and their latter end is paradise.”

President Woodrow Wilson, a Presbyterian minister’s son, urged Congress to declare war on Germany in April 1917, saying “…the day has come when America is privileged to spend her blood and her might for the principles that gave her birth and happiness…God helping her, she can do no other.”

Reform Rabbi Stephen Wise abandoned his long held pacifism and supported the president’s call for war in a speech asking parents to sacrifice their sons “to the highest and holiest of causes in which a people was ever engaged….”

Jewish combatants and their military chaplains stood in opposing trenches.

On the other side, Rabbi Elkan Voorsanger served as senior chaplain with the American Expeditionary Force in France.  Known as “the fighting rabbi,” he was awarded the French Croix de Guerre and several American citations, including the Purple Heart. He later became rabbi of Congregation Shaare Emeth, the first Reform congregation in St. Louis.

Rabbi Solomon B. Freehof, another of the 25 U.S. Jewish military chaplains during World War I, would later lead Rodef Shalom in Pittsburgh. A leading scholar of Jewish law, he wrote many books, taught at the Hebrew Union College-Jewish Institute of Religion, and served as president of the Central Conference of American Rabbis, the professional association of the Reform rabbinate, and of the World Union for Progressive Judaism.

On November 11, 1918, when an armistice finally ended what optimists called “the war to end all wars,” few American Jewish leaders could have imagined an event that occurred almost exactly 20 years later: Kristallnacht, the night of the broken glass, a Nazi pogrom destroying many of the synagogues and Jewish businesses in Germany and Austria – a precursor to World War II and the Holocaust.

Immediately after Kristallnacht, former feldrabbiner Hugo B. Schiff was imprisoned in the Dachau concentration camp. After his release, he and his wife Hannah came to my hometown of Alexandria, Virginia, where he served as Beth El Hebrew Congregation’s spiritual leader. He played a key role in my becoming a rabbi by introducing me to the intellectual richness and academic depth of Judaism that had been the hallmark of German Jewry.

Former World War I feldrabbiner Rabbi Leo Baeck, whom many considered the spiritual leader of the German Jewish community during the Nazi period, was imprisoned in the Theresienstadt concentration camp in January 1943. Several American Jewish organizations offered him the chance to immigrate to the United States, but he refused to abandon his community. Rabbi Baeck survived the Holocaust and settled in London, where he resumed his leadership of the World Union for Progressive Judaism, a post he held until his death in 1956.

Few would have expected that in 1948, only ten years after Kristallnacht, the Jewish people would again be engaged in a war, this time to end nearly three decades of British colonial rule in Palestine, defeat its Arab enemies, and establish the State of Israel.

And who would have expected that in 2018, a Hitler admirer would commit the deadliest attack on the American Jewish community in history?

Sadly, 100 years after the end of the war to end all wars, the Prophet Isaiah’s call, in the name of God, for nations to beat their swords into plowshares and their spears into pruning hooks has not been heard (Isaiah 2:4).

END_OF_DOCUMENT_TOKEN_TO_BE_REPLACED 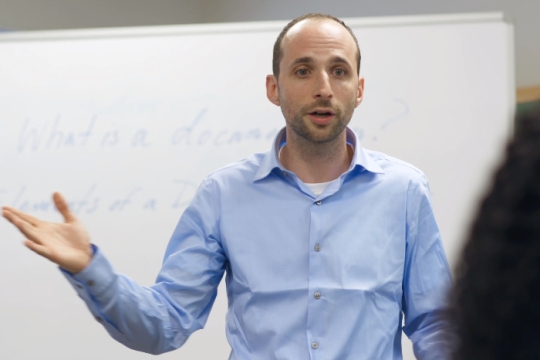 The Jewish people have been welcoming people in for thousands of years, and this ruling takes a tremendous step forward in proving that Israel is the Jewish State for all Jews.
Passover
Image